April 03, 2012
Once again this weekend I spent a significant amount of time sitting on the couch watching movies and thought I would review them for those of you interested in my magical take on cinema (please see disclaimer from this post.) After all how will you know what to pick up at Red Box if I haven't told you? 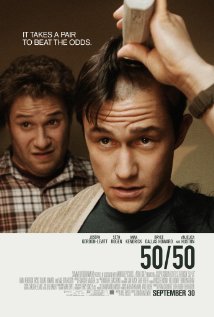 First off let me just say I am not a huge Seth Rogen fan. I know, I know. Blasphemy. I tend to feel that he plays the same person in every movie and that person annoys the crap out of me. That being said he did it again in this movie but it worked. As the best friend who is figuring out how to deal with the fact that his best friend has cancer he is perfect. Joseph Gordan-Levitt plays his role perfectly as a type A having to deal with the unexpected. This movie was touching and I would recommend it for those interested in a deeper, emotional story. Not a lot of fluff here, though there are some laugh out loud moments. It is especially touching since the main character is about my age and it makes you think that your perception of yourself as being invincible because you are young (or youngish) is not always true. In reference to my first statement let me just say that after seeing this movie we would all be lucky to have a friend like the friend portrayed by Seth Rogen in this film. 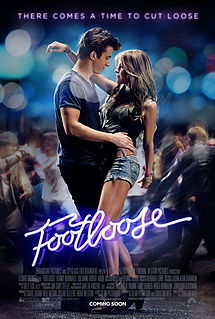 Pure and utter fluff going on here. There is an I am angry with the world dance scene. A we are breaking the law dance scene. Choreographed dance scenes. A hick who learns how to dance really well dance scene. All the dancing you could possibly want. I am not gonna lie, I laughed pretty hard throughout most of this film and not because it was intended to be a comedy. That being said it was entertaining and the perfect film to watch when you are half asleep after a long run because there is no thinking involved. Is it worth a $1 to rent......probably not. I don't think the original Footloose needed to be redone which is what this basically is.  If you are bored and already get Netflix put it on in the background and do a little chuckling at all that teenage angst coming through in dance form. 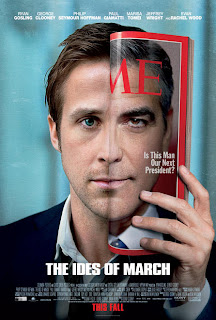 Ryan Gosling, nuff said.
That is the main reason I watched this film (D if you are reading this I love you!). It is an interesting look at politics from the campaign side of things. But at times I get tired of the manipulation and lies that has become  or perhaps always was politics and feel I get enough of that watching the news and don't really need to watch it in film form. My own little soapbox aside this is an interesting film about power plays around politics and campaign running and Ryan Gosling is in it so may be worth the time. Oh and Mr. Clooney is in this as well if that is more your cup of tea  as a inspiring politician with some skeletons in the closet. If politics is what you are interested in this may be for you. 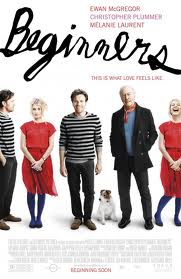 Watch this film. I LOVED it. Artistically I thought it was amazing. Ewan McGregor was fantastic as a son who has had to deal with his parents passionless marriage and help his dad during his final days. Christopher Plummer's award winning role as a person who repressed who he was until late in life is moving. This movie about a man who comes out in his 70s after his wife dies is both touching, hopeful, and sad all at the same time. It made me hurt for those in society who feel they can not be who they truly are and mad at how repressive society can be in wanting you to conform with social norms and niceties. It made me grateful that I am free to love and marry the man I love without feeling fearful or ostracized and that I have the legal and civil rights to do just that. I wish everyone could feel that way and be free to be who they are and marry who they love.

On to the main event: 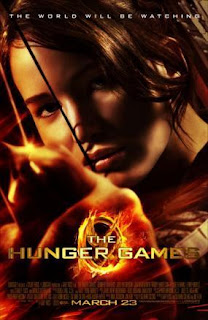