Sunrise strides, drowning, and other adventures

September 15, 2016
Life in Colorado is going pretty well. We have settled in our apartment and slowly learning our way around. I have found a running group to join called the Sunrise Striders. They are ridiculously fast (as in their warm-up pace is faster than my race pace), they regularly win age groups and races outright and all look like they belong on the cover of Runner's World. All of this would be really, really annoying if they weren't so nice, and warm, and welcoming, and encouraging and happy to share advice about the area. I really enjoy running with them in various places around the Springs and am sure if I can stick with them I will eventually be a better runner.

I have also been swimming with a master's swim team which meets four times a week. They are also nice and easy going. There are the serious lanes full of sleek, seal like people and then there are the lanes of people just trying to get the workout done. I am in a lane just trying not to drown. Luckily, I am naturally better at swimming than running but this still has me gasping for air for most of the time since I have not been in a pool consistently since high school which was.....a while ago. I feel like the swimming is really helping my strength overall and hopefully helping with my cardio.

A week of being sick and then various adventures have made it difficult to meet with these groups consistently but after my two fall adventures I am hopeful I can settle down to business and come up with some goal races to train for. Swimming starts at 5:30 and the Striders meet at 6 so by the end of the week I am pretty exhausted. Hoping as I get in better shape and into a consistent training schedule that will get better.

One of our most recent adventures was to the Great Sand Dunes National Park. We got to go with my sister and bro-in-law and spent two days camping in the Alamosa area and having a great time hiking and exploring the area.

This National Park is great because it is smaller and this time of year was perfect. The weather was cooler and it made being out on the dunes comfortable. Of course hiking up the dunes is super difficult but at least the sun wasn't trying to kill us. 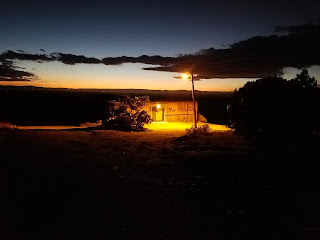 We spent the first night at the Oasis Campground just outside the park. The picture above is actually of the bathroom train car. The campground is pretty windy and rocky but there is a store and a diner, showers and running water. The next day we got up and headed to the dunes. After a quick stop at the visitor's center we hiked a bit on the dunes, had a picnic lunch and then hiked a bit up the mountains next to the sand dunes. It was perfect weather and beautiful there. 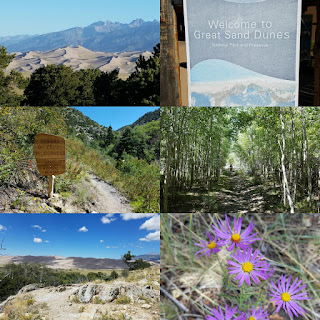 We headed into Alamosa for some supplies and hit up the local brewery because that is what we do. Plus we needed a snack after all that outside activity. The beer was pretty tasty and the brewery was in a cool building. I would recommend it if you are in the area. 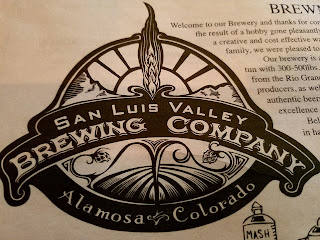 The second night we stayed at the Sand Dunes Pool campground. Which has hot springs pools. They have an area called the Greenhouse which is adults only. Pay the extra $3 for that. It was so nice and relaxing. The next day we headed to the Colorado Gator Farm with a quick stop at these giant birds for some pics. Because when you see giant animal statues I feel you should take a picture. 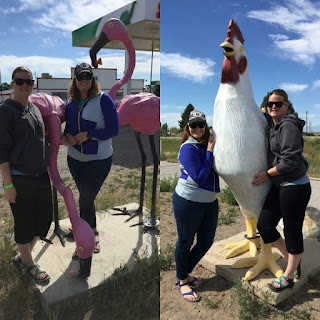 The Gator farm was pretty cool. It has all kinds of reptiles, many surrendered after, for example, someone realized their giant boa constrictor would rather kill them than be their friend. The farm reinforced my belief that gators are super scary and creepy. But I do like turtles. The farm is on a hot springs so the gators can stay warmish in the winters and the farm is also a working fish farm. I would also say worth the visit if you are in the area. I liked it more than I thought I would. 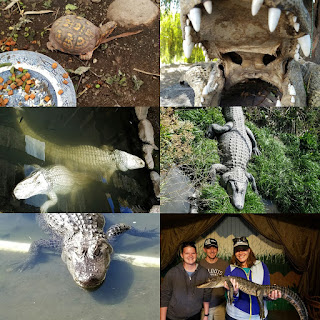 This weekend we are off to Santa Fe for the Santa Fe Thunder half marathon which I am not prepared for at all. So that should be interesting. And by interesting I mean incredibly painful and full of walk breaks. I am super excited to meet up with some friends and explore that area since I have never been. Have a great weekend!!!