August 18, 2016
Otherwise known as the struggle is real when it comes to running. We got back to Colorado the end of July and after two months off and then another week to let a bruised heel (from backpacking) heal starting to run again at 7K feet seems like cruel and unusual punishment. And just when I started to get in shape I got Lasik. Good news....I can see!!! Without glasses!!! It is amazing!!!!!!! 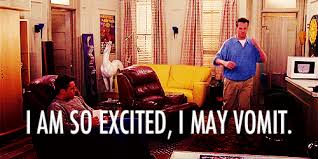 I haven't been running but I have been making things out of the new Run Fast. Eat Slow cookbook. So if I am not blazing fast tomorrow when I go for a run (first one in 7 days what could go wrong) I am returning it. Not really, but only because this almond torte is delicious and going to be made again. 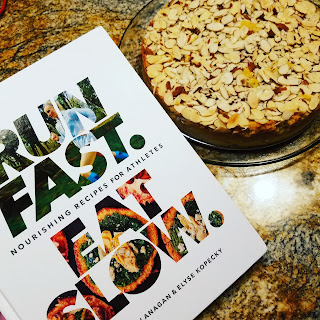 And I don't want to brag but I tweeted a picture of this to Shalane and Elyse and Shalane liked my tweet. Yep, you read that right Olympic marathoner Shalane Flanagan and I are basically best friends.

With our plans for backpacking put on hold D and I are moving to Colorado Springs which I am super excited about. Trails, running groups, more trails, mountains, trails. Basically a bit of a running mecca.....which will be lots of fun as soon as I can breath again. Tomorrow I will be back at it training for the Santa Fe Thunder and Loony Challenge, two races I am super excited about. I am currently trying to figure out what other races I want to do. It is a brand new running area for me with tons of races. Super exciting!