After getting off the Lost Coast Trail we decided to head towards Redwoods and Crater Lake with a stop over on the coast for the night for things like showers and laundry. After changing out of sweaty clothes and stuffing our face full of red vines (lunch of champions), we shoved all our backpacking gear in our truck and headed out.

About ten miles into our drive out of Humbolt County we spied a tiny dog running down the road. We stopped the truck and opened the door. No collar, lots of ticks. We grabbed the little nugget and spent the next couple hours looking for his people. After asking at the local general store, the campground and knocking on doors, nada. We were told a couple times to just leave him on the road. A windy road where people drive crazy fast. Ummm no. D knocked on one more door and came back real quiet and with a weird look on his face. Me: "What's wrong?" D: "The guy answered in an apron.....only an apron" Me: Laughing hysterically. So that ended the search.

We couldn't just leave him so he came with us. We drove through some redwoods to a hotel that would allow dogs in Eureka. A quick stop at Walmart for leash, food and tick shampoo and our little lost dog was in good shape. We cleaned up and went to the Lost Coast Brewery which was delicious. We spent the next day doing laundry and restocking and wondering what to do with the dog. Since it was 4th of July weekend we couldn't scan for a chip or hit up the shelter since everything was closed.

When we headed for the Redwoods and Crater Lake, lost dog came with us. We were both still sore from sand and rocks so hiking wasn't gonna happen but taking in amazing views was on the menu. At Redwoods we did a short walk through the amazing trees and then headed onto Oregon. We camped for one night near Crater Lake and then drove to the lake the next morning and walked along the rim trail. Absolutely beautiful. Water was amazingly blue. There was still snow on the ground. Apparently that area gets an unbelievable amount of snow.

When we were done taking in the views we drove on to Bend. I really liked that town. We stopped at a vet- dog was not  chipped and made him a vet appointment for the next day. We wandered around town and hit up the brewery. That night we camped at a snow park for free. For those interested there is an app called Free Camping and it lists free places to camp by location. Super helpful. That night D found the dog's owner online. Que suerte! So we called and made arrangements to drop the pup off in Portland with the owners friend and cancelled the vet appointment. Apparently the owner was out of town and the pup escaped from his dog sitter.

We were glad we could reunite the little nugget with his peeps but sad to see him go. He was a cuddly little camping buddy. The next day we headed for Portland. 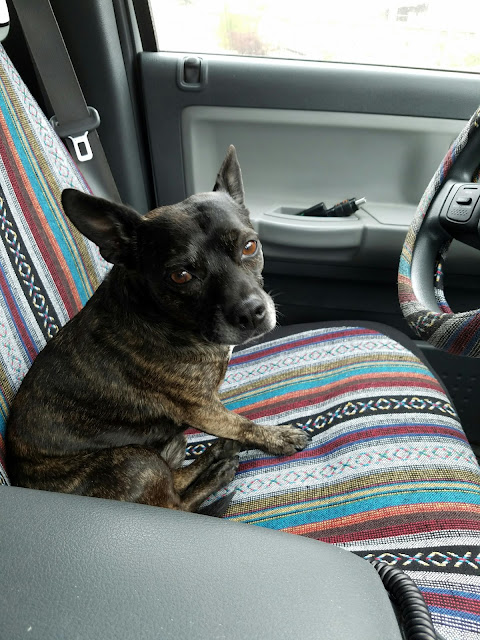 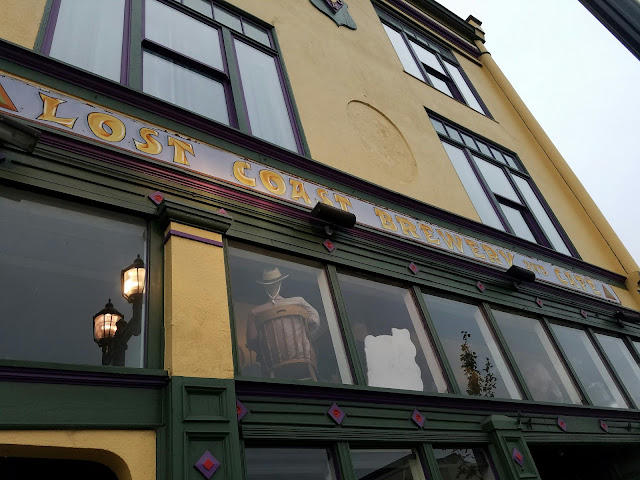 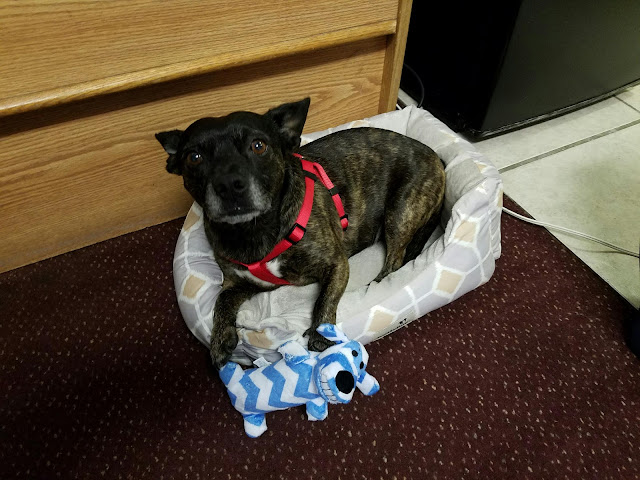 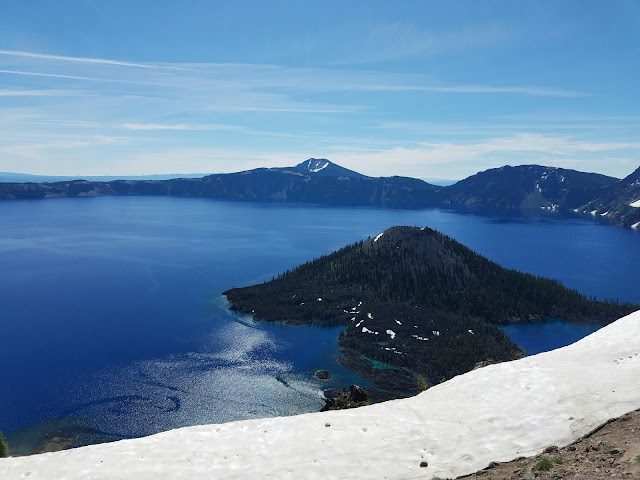 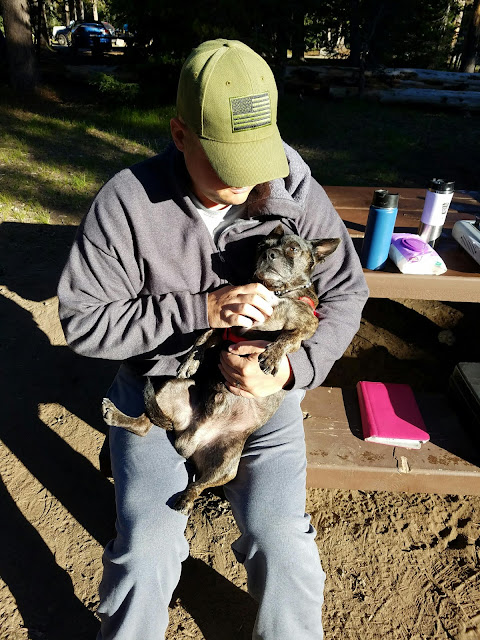 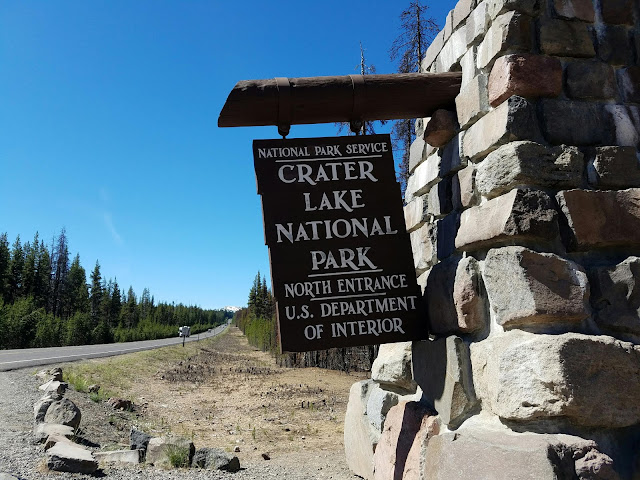 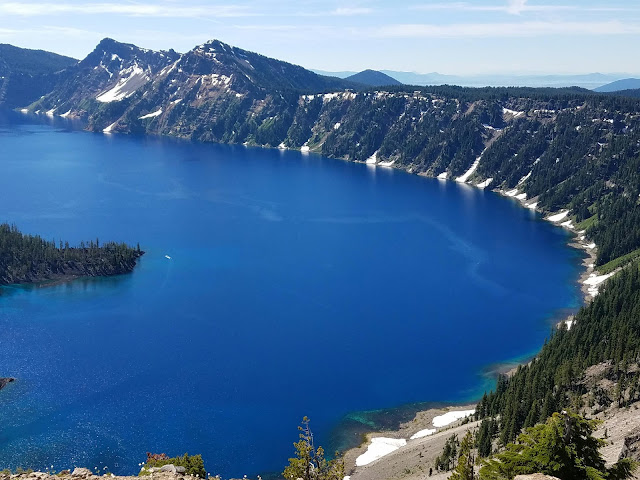 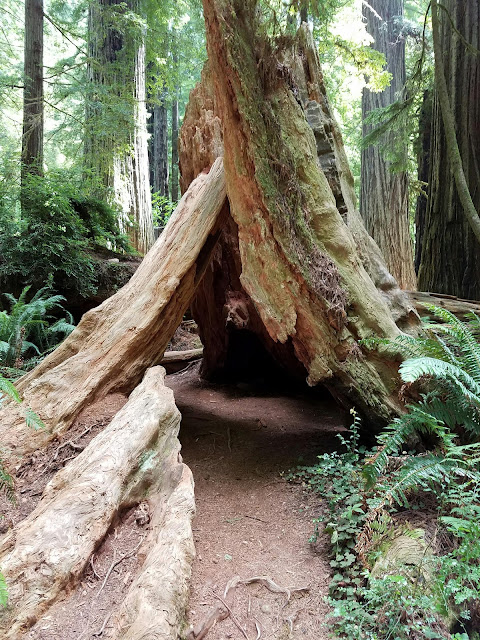 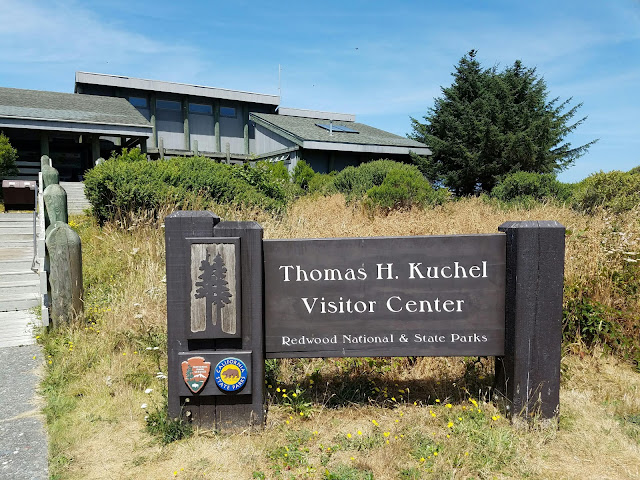 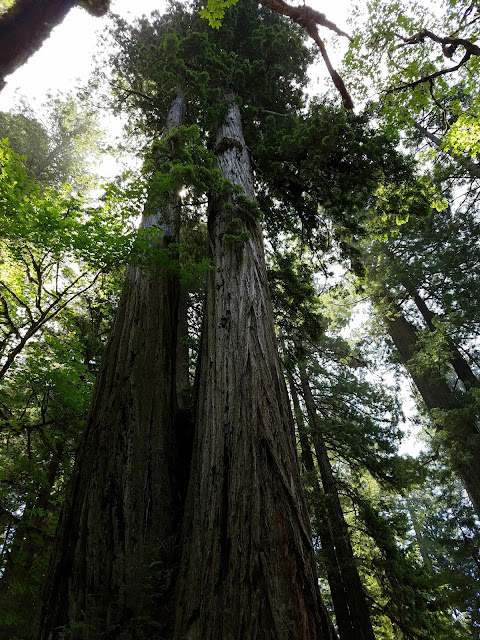 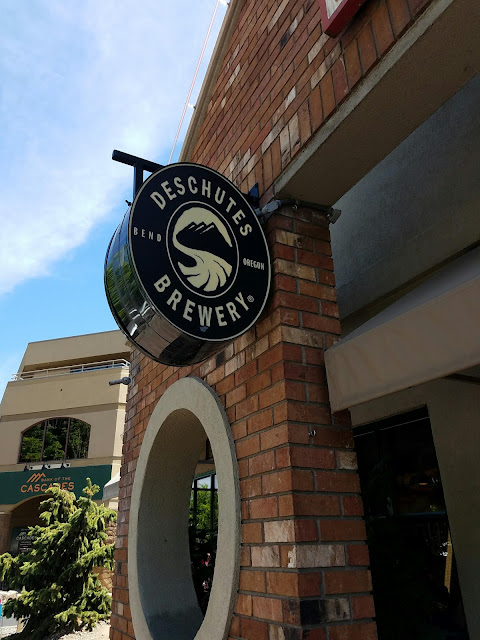