June 01, 2016
Walk breaks have basically been the key to my running in Colorado since I got here. Because breathing is hard. Real hard. But the scenery around here it not bad. 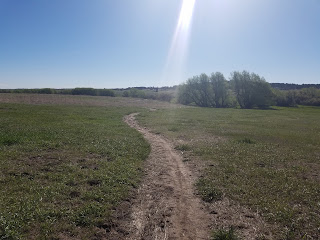 I have been running pretty consistently but nothing over six miles. It is taking awhile to adjust to the elevation (7,000+ feet). The nice thing is there is plenty of trails and long, empty country roads. 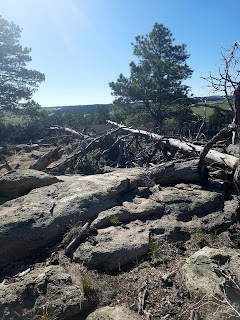 On Saturday I ran the Rock Hawk 10k. Luckily I had enough sense to not register for the half marathon which was my first inclination. I would probably still be out there running. The Rock Hawk Trail race was brand new and pretty small. But like other races I have been to in Colorado, everyone looked like they had stepped straight out of trail runner magazine.

D went with me and commented on the number of tiny shorts. I informed him that the tinier the shorts the faster you are and that he should note that I had capris on. I was optimistic that maybe I could finish in an hour. Then I saw the half marathoners take off uphill and was like mmmmm maybe not. I estimated between an 1:10 and 1:20 finish. I finished in 1:24 so pretty close to my estimation. 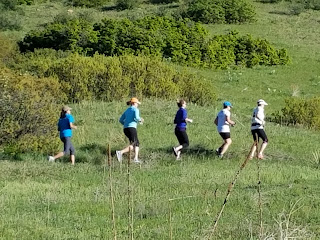 The trails were awesome and fairly steep. I had a lot of fun but got pretty tired early on. I was reminded that I had only been here for a week and it takes your body three to five weeks to adjust. I think beyond the lack of oxygen, my trail hill climbing could use some work. My Garmin recorded my heart rate at 206 at some point so I was working pretty hard to get up those hills. At some point two women just out for a run passed me on the trail, chatting and laughing the whole way. Who are these monsters that can not only breath when summiting a mountain, but can chat away while doing it!?! 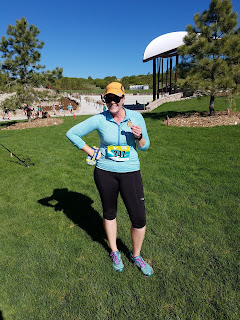 I finally reached the finish after what seemed like a lifetime and collected my wodallion (wooden medal). I was in the group of last five to finish the 10K and even got passed by some half marathoners that started a half hour before the 10K. I am hopeful that next time I do a trail run I will be able to finish in the middle half and my heart won't be ready to explode out of my chest! 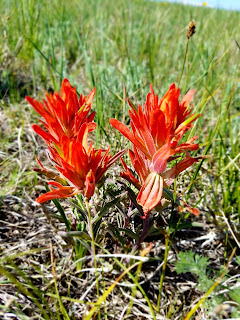 Overall I am really enjoying running in Colorado. Even if I am like a fish out of water with all the heavy mouth gasping and even slower than normal pace. I am taking running clothes on our National Parks adventure, so hopefully I can get some runs in and not be in horrible shape running wise since I have a half in September.

It is June 1st and we are not on our way yet because our household goods have not shown up yet. But fingers crossed it arrives tomorrow and we can begin our adventrue!
Colorado Rock Hawk Trail Race running trail running