We spent a night in a hotel in Barstow to regroup, shower, do laundry, and clean equipment before continuing on to Sequoia National Park.

We hit the main part of the park the next day because I was on a mission to see the General Sherman Tree, the largest tree by volumn in the world. It was a bit of a nail biting, vomit inducing winding ride to get to the big trees area. Worth it! Redwoods are amazing! By the time we got to the big trees area it had started to drizzle which  meant we got to try our new rain jackets out. We strolled down to gaze at trees and they were incredible. Redwoods are amazing and so giant. I had no idea. I get weirdly excited when I see one, like I have spotted a yeti or something.

After tree gazing for awhile we wound our way slowly down and out of the park headed for Mineral King, a remote part of the park. After two hours of an even more nail biting road we arrived at the Atwell Mill campground. The sign at the bottom of the road said the campgrounds were full but since it was Sunday afternoon we took a chance and sure enough pretty empty. According to others at the campground the signs are often inaccurate on the weekends.

This campground was amazing and I hope at some point we can spend more time there. Cool and quiet and surrounded by giant trees it was my favorite camping experience so far. The next morning we loaded up with six days worth of supplies and hit the ranger station for a bear cannister and backcountry pass. I had planned a six day trip over a couple mountains. What we hadn't planned on was so much snow lingering around. The ranger warned us that the snow was still plentiful but we decided to see how fsr we could get. We had poles but no ice axe or crampons so there was a possibility we would have to turn around.

We strapped on our packs, which were super heavy with cold weather clothes and six days of food, and headed up timber pass. It was super steep and slow going but really beautiful. After a few hours of shuffling up the mountain we finally reached the pass. After a quick break, we started down the backside of the pass and quickly found a wide patch of icy snow on the steep hillside.

Not a good sign. After trying to walk across and finding we couldn't bust through but instead slid down, I decided to try to go around. I inched and slide my way slowly across and that is when my hiking poles decided to start collapsing. Uhhh not great timing poles. So being stuck on a fairly steep mountainside sliding around on ice with only large tree trunks to break my fall, wearing sixty pounds of gear, with comically collapsing poles I had what the hubs called "a significant emotional event".

Yeah, I freaked the hell out. I started shaking and tearing up since all I could really picture was sliding down the mountain side and slamming into a tree trunk at top speed.  Once I finally made it around the snow patch and while I caught my breath on a rock the hubs dumped his pack and went farther down the trail to see how snowy and icy. It was very snowy and icy. Crap. We decided that without crampons it was too dangerous. Crap.

So I shakily made my way back across the ice again and we hiked back down the pass. So much for that backacking trip. Luckily D's parents were nice enough to let us come visit a week earlier than planned. So we left Mineral King and drove 4 hours north for a few weeks break from outside adventure. 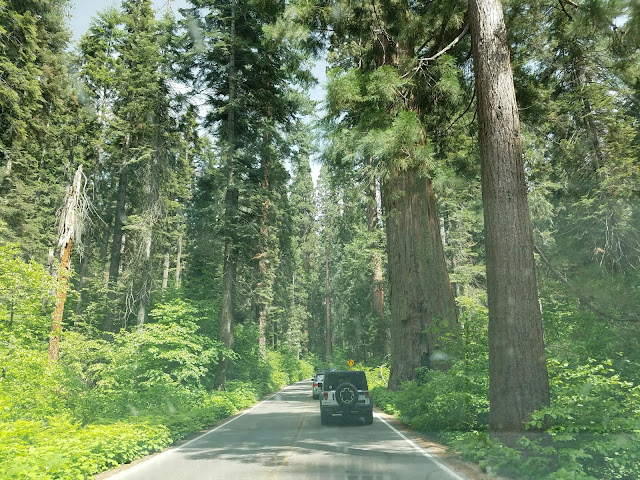 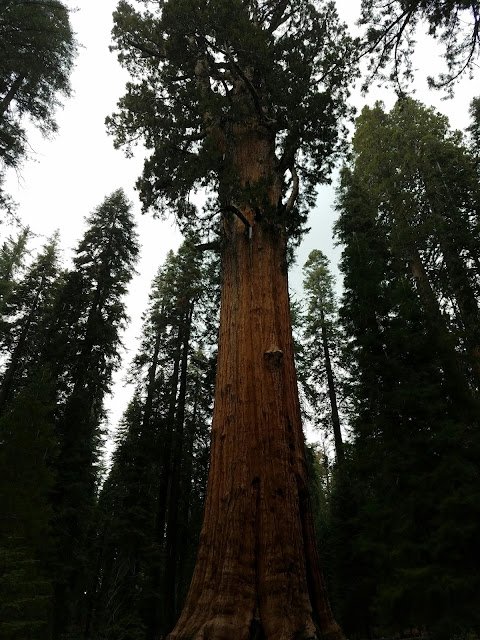 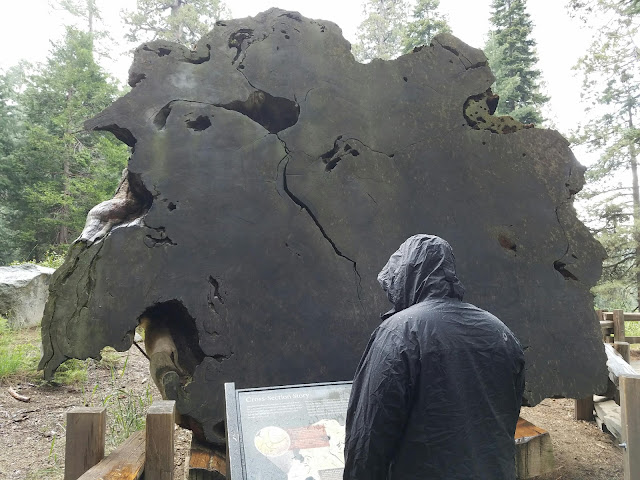 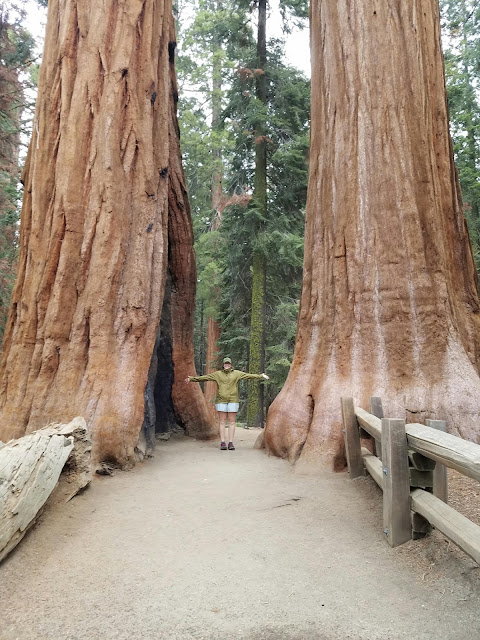 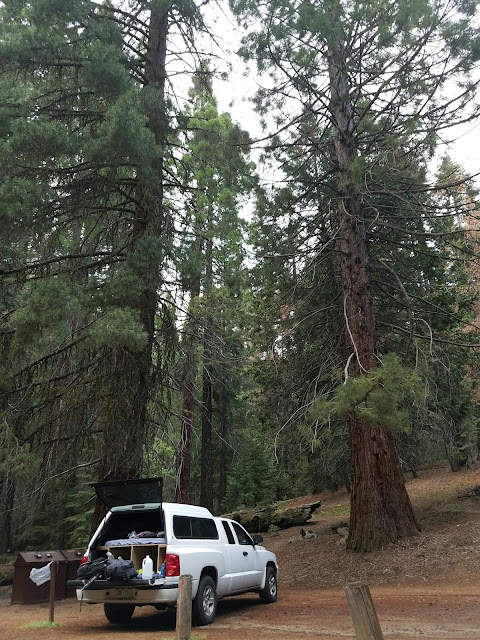 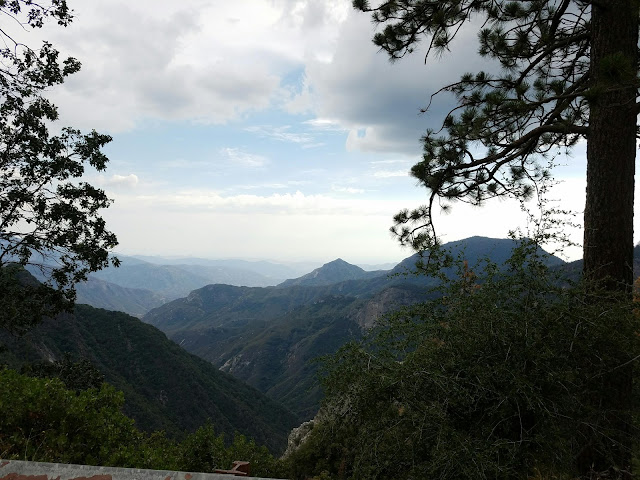 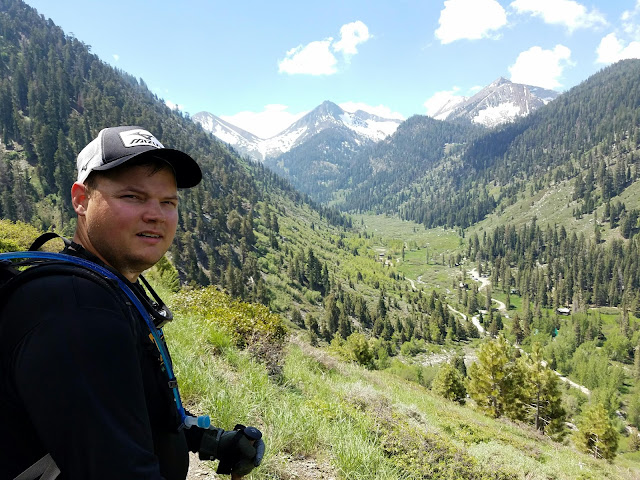 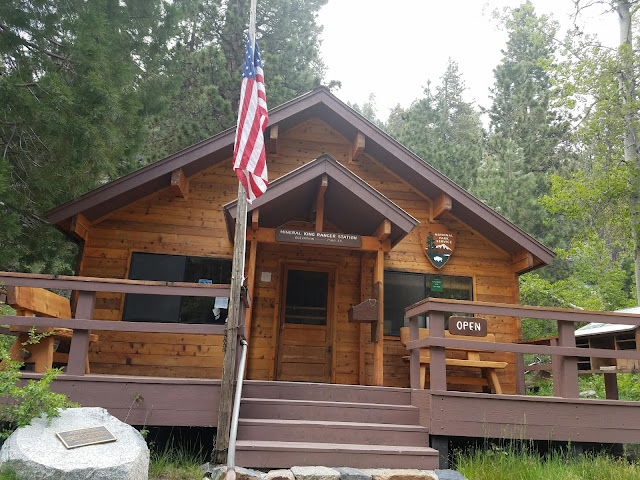 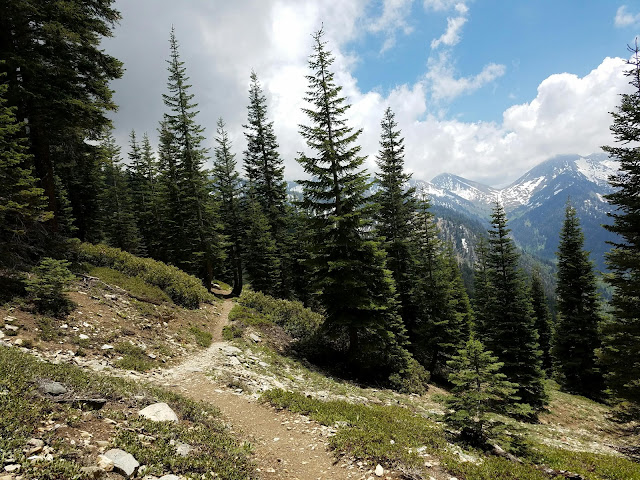 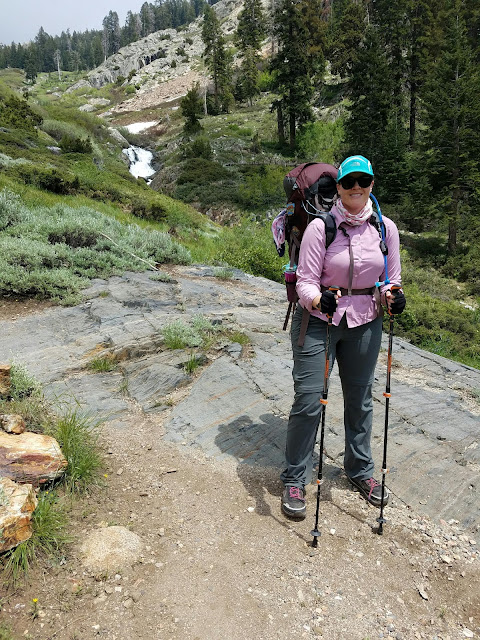