After a few hours of driving through the desert we arrived in Moab and were met by a temp of 104. Ummmm no thanks. I was most excited about these two parks but once we got there I was not as excited. We just moved from a hot desert. We have spent years living in a hot desert. I don't actually want to be in a hot desert anymore. Luckily D had a deep cycle battery installed in our truck that allows us to charge and run electronics. We were able to keep fans running in our truck bed ( which we are using as a camper) to stay coolish while we slept.

We camped along the river, got up at 5am and explored both the parks from our air conditioned car. We did a short hike at Arches to see some Arches but that was it. I had planned short hikes at Arches because this park is kinda laid out to be seen by car but had planned multiple days of hiking at both Island in the Sky and Needles areas of Canyonlands. Nope. Not happening in those temps. We saw most of the views from the car which was good cause gnats, so many gnats, and D refused to get out of the car. I would hold my breath, jump out, run to the scenic view, take a pic and jump back into the car. Only inhaling a minimum number of gnats. But the views were incredible.

We decided our time would be better spent in cooler temps at the higher elevation of Bryce Canyon so we hit the road (after loading up on iced coffees and then slurpees cause soo hot) with the AC blasting. 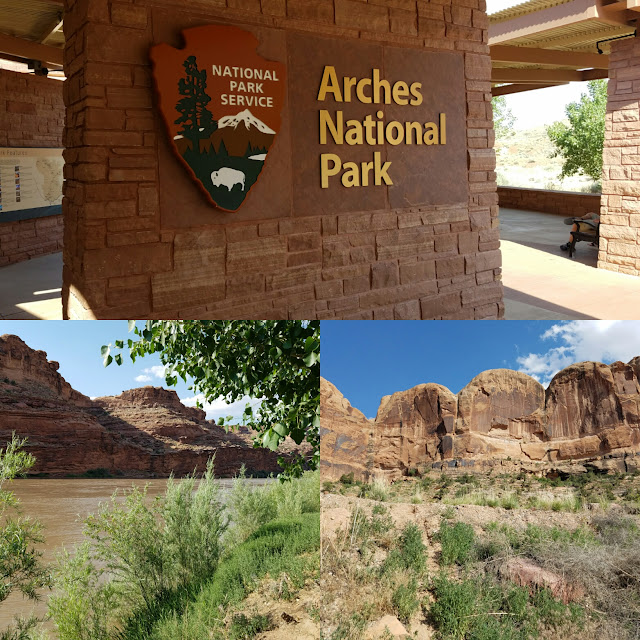 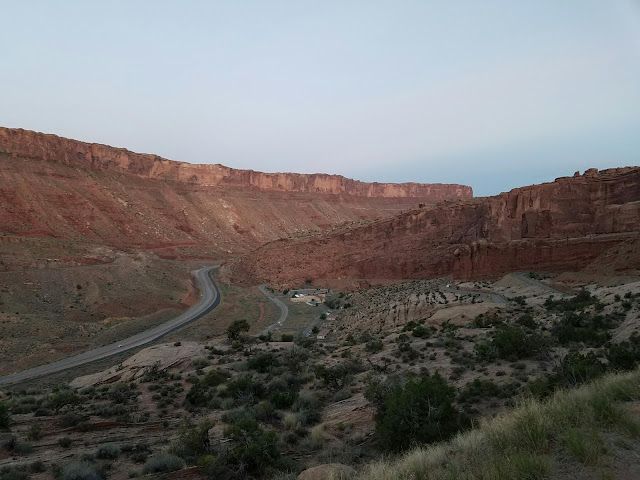 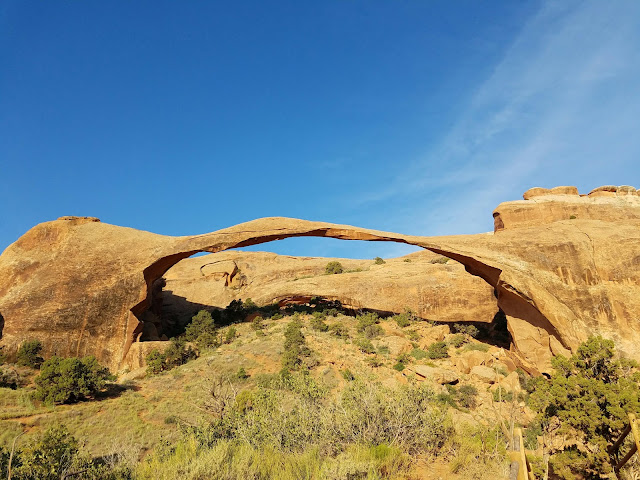 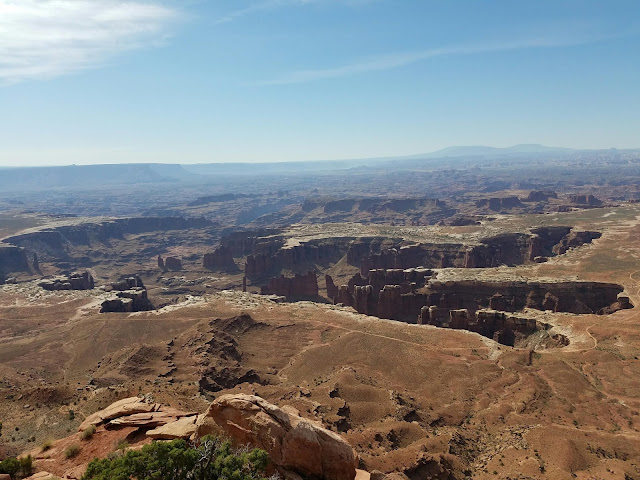 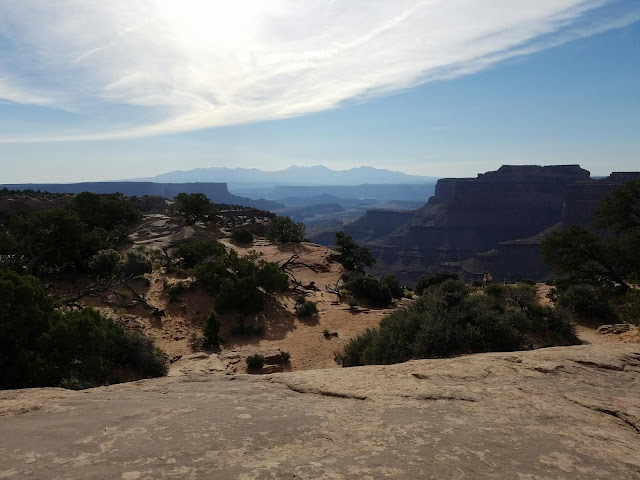 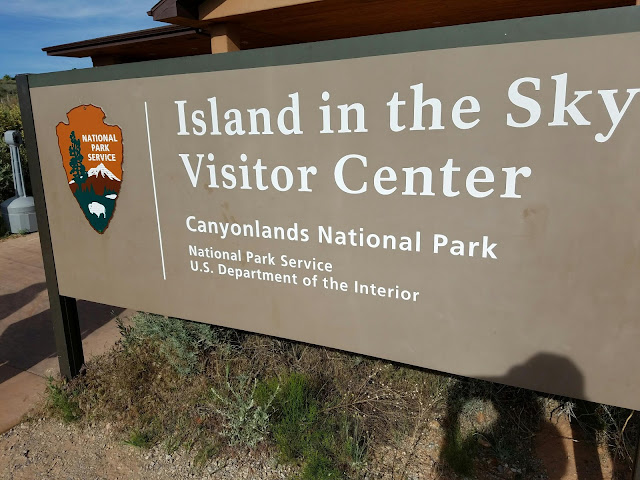