March 17, 2016
Last Thursday I got up at 4 a.m. because for some reason I think it is a good idea to leave way early on the first flight out of El Paso with the idea being we have most of the day at our destination of choice. This time New Orleans. Seems like less of a great idea when it is actually happening. Sarah, Michelle, Karen and I all made it to our 6 a.m. flight and touched down around noon in NOLA. After dumping our bags we hit up the Gazebo cafe for some hurricanes and breakfast....lunch....um real food in the form of gumbo, jambalaya and red beans and rice. 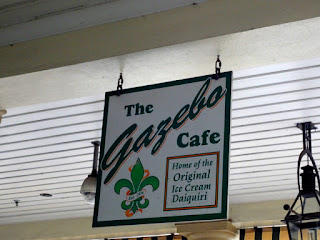 I instantly fell in love with New Orleans. Everyone was friendly. The French Quarter is lovely with the courtyards and balconies and you can drink in the street. Even with the first two days a bit rainy, it never lost its charm. 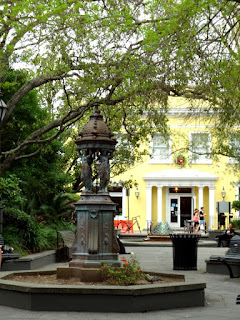 After our quick snack we headed back to our hotel to change and head out for our cocktail tour. The cocktail tour was amazing. Our tour guide Mark was really good. Told us all about the history of the beverages we tried and some NOLA history as well. We tried bars on the American side to branch out since we were staying in the French Quarter.

We hit up the Hotel Roosevelt for the Sazerac Bar to try a Ramos Gin Fizz. Delicious. 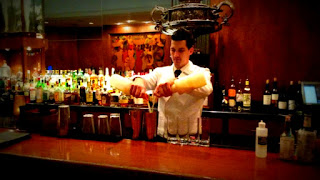 Next we headed to Luke to try a French 75. Also quite tasty. 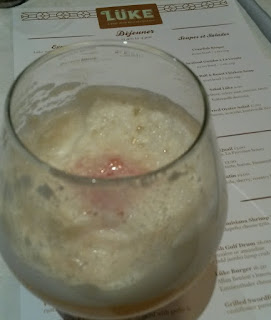 Next we headed to Cellardoor to try a Lafayette St. Old Fashioned. 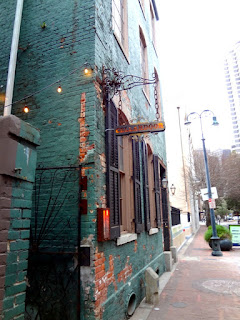 This drink was a bit too strong for me and this was also the time that paying attention become slightly more difficult.... 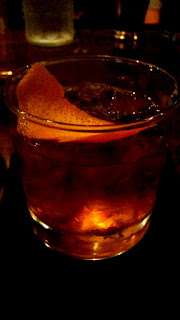 Next it was off to Bellocq to try a cobbler. My most favorite drink. They come in all varieties. I had an amaretto one because delicious. 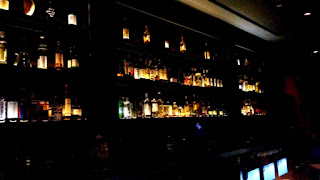 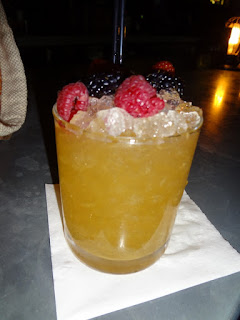 Our last stop was WINO. 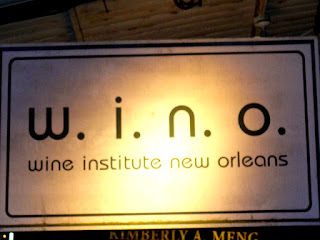 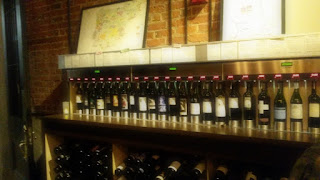 The amazing place gave you a glass and a card in exchange for your credit card and lets you go to town. A fun way to try new wines. We also ordered an amazing cheese plate. 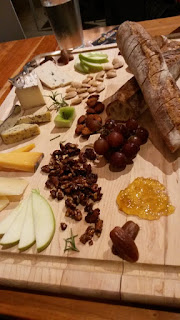 We went on several tours on our trip but I think this tour was my favorite. It was a fun way to try new things and see a part of New Orleans we probably would not have explored on our own. Karen booked this tour through New Orleans Secrets and I would highly recommend their tours. 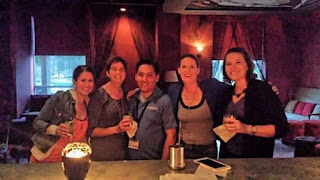 After our tour was over we decided to eat again so we went to K. Paul's Louisiana Kitchen for dinner. It was pretty tasty but we weren't actually that hungry after all our drinking. Later that evening we spent some time on Bourbon street sitting on a balcony watching drunk people wander around into walls and such. I was not a huge fan of Bourbon Street but very much enjoyed it from the balcony. Fantastic people watching. Around 2 a.m. we called it and headed to bed so we could get up for our 9 a.m. running tour......