February 03, 2016
The other day at work an elderly gentleman told me that. Good girl. After he requested and I brought him a shoe horn.

And those two simple words made my blood boil. And it has boiled for days now. At the time I let it go. For one, the customer is always right (nope, hardly ever, but we just go with it). And two, I chalked it up to the fact that most of his existence has probably been during the times of isms- racism and sexism. He was probably confused about what I was doing out of the house working. From a time where all women apparently were girls, including those in their 30s. I know I perhaps look young for my age (maybe if I am not standing under harsh florescent light that highlights every single crows feet...). But I am clearly not a girl, seeing as how I am clearly not in elementary school.

This whole thing got me thinking about the world girl. I use it. “Looking good girl”, “Get it girl” while training women. My trail running group I call, and think of in my head, as my trail girls, which is a bit a ridiculous as they are a bunch of bad asses who regularly tear it up on rocky trails, taking spills that would make mere mortals cry and the pop back up to finish the run, I should really think of them as trail ninjas, but yet I think of them as my girls. Our freakin group name is Good Girls Gone Trail and we were all totally okay with it. So why is it okay for me to use it? Maybe it is not. Maybe every time I use that term someone else is out there writing about how it grates upon their nerves.

I think it has more to do with the way it is used. Another woman calls me a girl, yeah okay. That is fine because more than likely it is attached to some form of endearment. Or maybe it is not. When another woman uses the term girl it is usually not being used to put me in my place, to delineate a hierarchy, to make it clear who is dominate. What is not okay is if it is being used like a verbal pat on the head….much like good dog. And then there is the fact that no one calls a male who is over the age of say like 15 "boy" unless it is an insult. So yes calling me girl is insulting.

The past 12 months I have noticed more sexism than I ever have before. I think part of it has to do with the part of the country I am living in. Machismo is a very real thing and seems to result in customers of the male variety being rude, ordering me around in a forceful way and being very forceful in their opinion over what their wives should be doing, purchasing, wearing , thinking etc. Maybe it is because I am older now and more tuned into the world around me. I actually read the news. Not just local news, but the world news where worse things than the phrase good girl being used are taking place. I have noticed the world around wants me to “smile” and ignore the fact that the system is a bit rigged. Maybe it is because I am once again an Army wife and the Army system is set-up so that you don’t exist without your husband’s approval. Like seriously, some things cannot even be done if my husband is not present, like getting an ID card or registering a vehicle on post.  Apparently my tiny lady brain just can’t handle it.

So it seems very simple to me. If everyone could just stop calling women girls, telling them to smile when their emotions make you uncomfortable or just because you think they look prettier that way, telling them they are a pretty fast runner, smart, good at math, good at computers (basically enter anything here) for a girl, 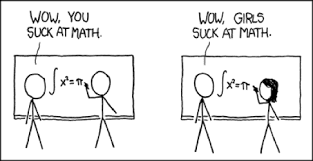 telling them to calm down or relax when they feel strongly about something, basically to treat them as adults when they are clearly of an adult age or you know, treating them as human beings, that would be great. 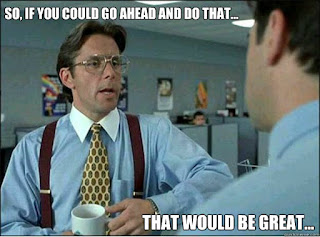