What you shouldn't do

September 17, 2015
is talk about how awesome trail running is and how you didn't fall cause the next thing that happens is this


aka a giant face plant into the dirt. Luckily I saved my face. But my hands and legs unfortunately made out hard core with the dirt and rocks. But once I was up and walked for a few minutes and seriously contemplated packing it in I realized that I was perfectly fine. My running buddy was nice enough to be super cool about my inability to stay upright and was totally fine with going back to the car but then I was like welllllll we are already out here and my hands are gonna hurt either way. So we finished the run cause ya know why not. And even though I was covered in dirt and some blood it was actually a really fun run. Towards the end of the run I noticed that something seemed to be lodged in my hand (the hand not covered in scrapes pictured above) but figured I could just tweezer it out later.


I in fact could not tweezer it out. It was a pretty big bugger in there and it was not moving. Neither was my thumb really. Luckily my running buddy's hubby is a physicians assistant and let me come in and see him. After some lidocaine, scalpel, and some serious tweezers (like not the pluck your eyebrows into oblivion kind but the this means business kind) the twig thingy was out. And my hand felt a lot better cause a twig in your hand muscle kinda hurts. Also lidocaine for the win.
My thumb has given up on life and is probably sprained. Never realized how useful the whole thumb thing is. I will not be opening jars any time soon. Even more useless in the kitchen now. After twig removal my running buddy took me out for margaritas because that is the way to my heart. Trail running will be done in careful, careful moderation until after 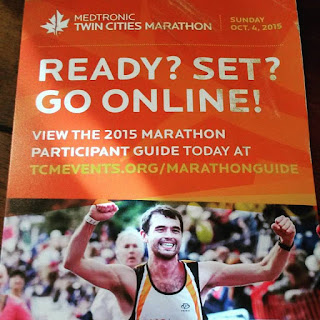 because while I really don't need my hands for running, I do kinda need my thumb for opening gels.