September 25, 2014
aka the time I ran will a bunch of other bloggers through wine country and loved it.

This relay is my fourth and final relay of the year and I have to say this relay only confirmed that runners are awesome. Once again I jumped in a van with some people I knew and some strangers to run for 36ish straight hours and everyone ended up being awesome. I had a great time and made some great new friends that I wish I lived closer to cause I would make them run/hang with me all the time (they may be thanking their lucky stars that I reside a few states away, no really guys best friends for life, deal with it). Actually this relay I felt better during and after than I have on any of the other relays this year and I am not sure why...it could be that for days after I was in a wine haze touring Napa....that might have something to do with it.
I rolled into town last Thursday and was picked up my the wonderful Cat and her adorable son and they proceeded to take me to get cupcakes. That right there pretty much sums up why we are friends;). She is a runner who knows how to carb load right. You all might remember that I went to visit Cat this time last year to run Half Moon Bay after 'meeting' her through blogging. Well I have decided that us meeting up for a running adventure at least once a year (she also did Wild West relay with me cause I am a lucky duck) should be a tradition because she and her family are just too much fun not to hang with. In other words I am inviting myself to visit them at least once a year..... 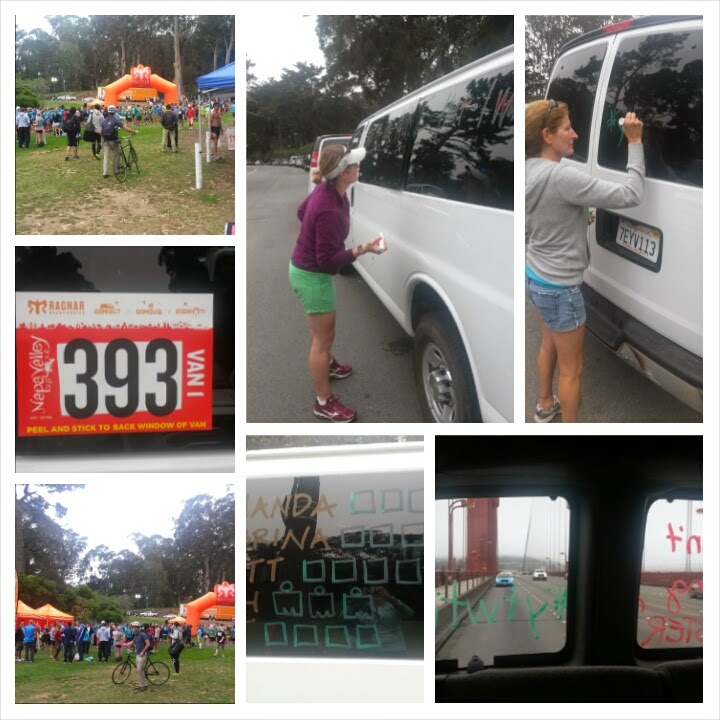 Now there had been some runner drama on who was on the team and who was no longer running and who would be there and what order.....we ended up with 10 and 2/3 runners....and I ended up being 1 and 1/3 to cover our teammate who had to fly in later on Friday due to a work thing and three other people in van 1 also did some extra legs to cover the missing runner from the team but we got'er done. I think the lesson of all the relay races I have done is you gotta just roll with it and be flexible cause when you are coordinating with multiple people things can get tricky.

This relay started in Golden Gate Park in San Fran and finished in Calistoga. I feel that Van 1 (my van) lucked out due to our start time and the weather. We had for the most part cooler temps and better times of day to run but then again Van 2 gets to claim the title of total badassery for crushing major miles in some extreme temps. I personally liked all the legs I did. Some were pretty, some were challenging but the thing that made me most pleased is I ran hard for all of my legs and I felt good! This was the first time since the 50K cardiologist saga that I have run and felt fit and that I was moving at a fairly decent speed without a ton of effort.
Leg 1 2.7 miles in 23:01 cool and downhill. (8:31 average)Leg 2 3.6 miles in 38:22 - two stop lights and heat. (10:22 in heat and with a 2 min red light)Leg 3 6.7 miles in 1:08:52 -lots of climbing (10:16 pace uphill)Leg 4 3.28 miles in 32:38- rolling hills and longest stop light ever.
I think running at sea level helped but I am hopeful this also means I am getting a bit more fit. It made me excited to get serious about training again and getting a future goal race nailed down. 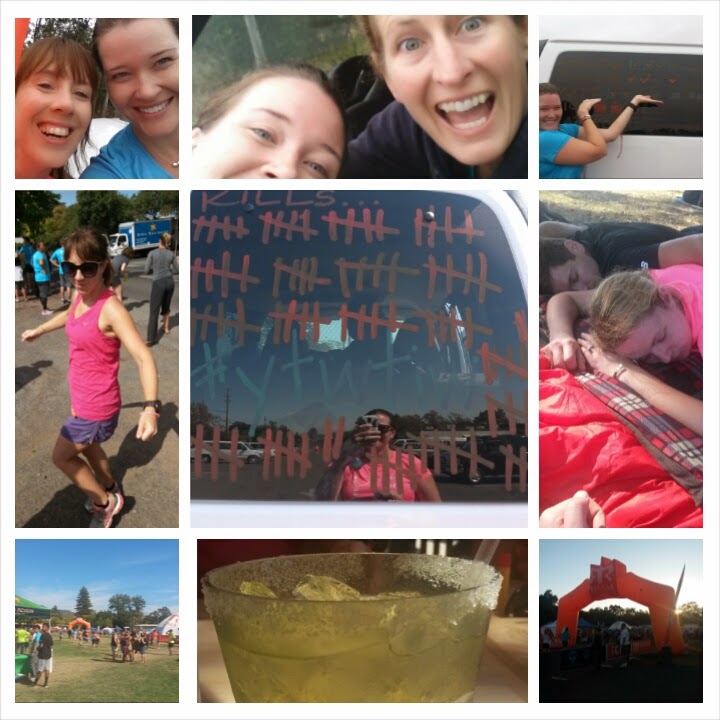 Everyone on our team -You're the wine that I want-

did amazing. We finished like 20 minutes ahead of schedule or something. That is how it is done people. Overall I feel that Ragnarhas a good handle on logistics and signage. I felt like this course was a bit more crowded and dangerous than I would have liked since we ran through some pretty congested areas (one lady stepped right in front of me, on her cell phone and pushed so many buttons on my watch I found a new screen feature I didn't know about....but not really what you want)  where there was not a lot of space for runners and then once you are in Napa you can kind of just assume most people driving have probably been drinking. But Napa is very pretty and my last leg I got to run through a vineyard so can't complain about that. What I can complain about is that the medals were not at the finish line. For shame Ragnar. Now I know it is not all about the medal but it is and I want my medal at the finish line not mailed to me a month later. And I really don't want your consolation prize belt buckle that for one is hideous, and two, is from a race I didn't even run. 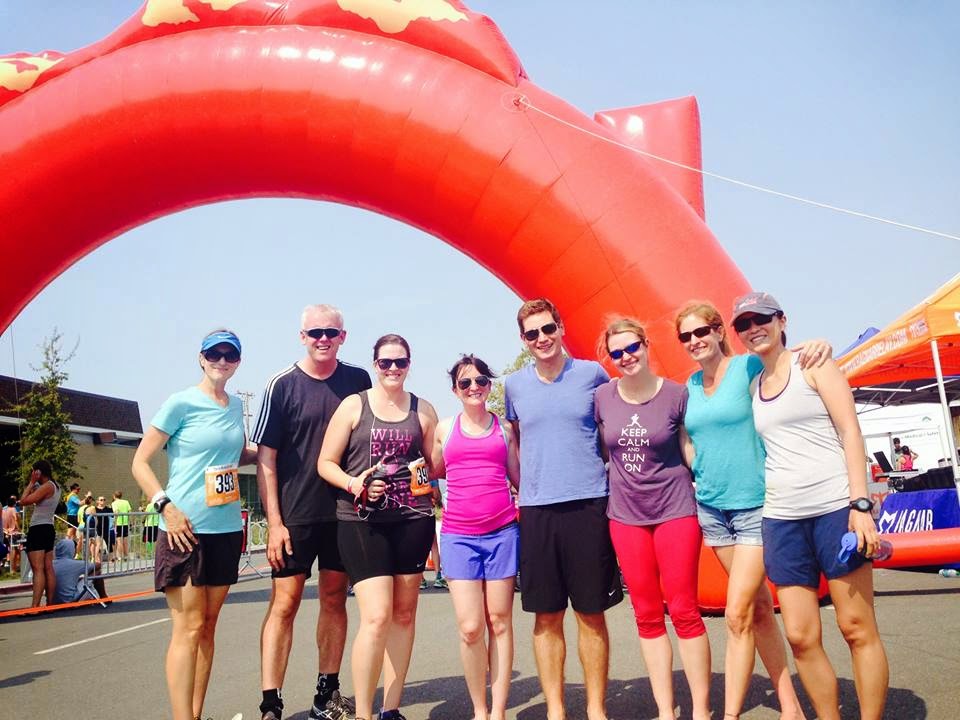 Overall I would do a Ragnar relay again though would like to try out a different locale. Thanks to all my teammates and our wonderful van driver for making this experience so fun and memorable. Now the great thing about running with other bloggers is they all share their thoughts and experiences too! For some different perspectives on our adventure check out these great bloggers: