Right. Van 2 just being too dang fast for me to get any beauty sleep. After Van 1 had finished their second legs and eaten dinner around midnight we headed to the next exchange were we would be needed and watched Stacey and Ian put up a tent for us (like Kara, Cathryn and I literally just stood there with our mouths hanging open while Stacey and Ian put up a tent in record time. At the time I felt the biggest help I could be was to stay outta the way but I am sure we looked ridiculous). Then we zonked out for what felt like minutes when apparently Van 2 called and said get your lazy butts out of bed it is go time. Okay I don't really know what they said but I am just going off what I probably would have said had I been calling.

Van 1 was up for our third and final legs. By this point no one felt great. Everyone was sore from going up and down hills, sitting in the van after running hard and tired from lack of sleep but we rallied.

There was some controversy along the way when it looked like a team pulled their runner from the course to drive ahead....they said that that person was just out for their morning run and someone else was out running the leg. Who goes for a run during a running relay when it is not your leg.....we never did buy it but we let it go to focus on having our fun.
I just want to mention again how awesome the volunteers were. All of them were friendly and nice enough to sit out in the middle of nowhere waiting for us to run by. The volunteers on our van's last leg collected a cup of wildflowers to give to the last runner through the exchange which just happened to be us. It wasn't until about this leg we felt that we were in last. We started being the only ones at the exchanges which were once crowded.

After Van 1 had completed our legs we bid adieu to Van 2 and headed for the campground we had booked for the night for some much needed showering. After showering we had hoped to hit up Wendy's real quickly and see Van 2 run, specifically Matt during his last leg. But Wendy's was the slowest of slows. Like seriously took 40 minutes to get a frosty. So irritating. I hate you Wendy's. And once again Van 2 was booking it so we arrived in time to see Jill charge down a mountain and hand off to Jenna for the second to last leg.

Jenna blew through her last leg and handed off to Mellissa and poor Mellissa had the most complicated leg ever. Seriously like 53 turns through a neighborhood to get to the finish. It was like if you can find it you can finish- may the odds be ever in your favor.

The vans drove to the finish to park and wait for Mellissa to make it through the maze and then there she was and we ran through the finish line and we had run 199 miles from Fort Collins to Steamboat Springs. It didn't really hit me how far we had gone until we drove back to Fort Collins the next day. It was a freakin long way.


We were the last competitive team to finish. But it paid to be last as the bringing up the rear prize included boxes of Kind Bars, Cytomax and other energy bars. Basically left over fuel from the relay. Yes please. No one on the team seemed to care that we came in last. I think we kind of expected to at least be in the very bottom half (a couple teams dropped out). The funny thing I have noticed about the last two relays is I don't view them as a competitive thing. I know they are. Two high school cross country teams came in 1st and 2nd at this relay. Some teams tracked roadkill (runners they had passed) which is pretty competitive. But I see them more of a celebration of what makes running great- the people. It is a chance to make a solitary sport into a team event. When I am sitting in the van and cheering on my team that is the fun part, when I am out running my legs I just want to hurry up and get them over with so I can get back to having fun with my team. Usually for me the running part is the fun part. With relays it is the van shenanigans, weird sleeping situations, funny quotes, and laughs that are the fun part.

After eating our BBQ at the finish we headed to some hot springs and oh my god that was the best idea ever. All running events should end near hot springs. That night we stayed in cabins with the most comfy beds ever, or at least that is what it felt like because it was not a van seat or the ground. And then it was back to non-relay life. 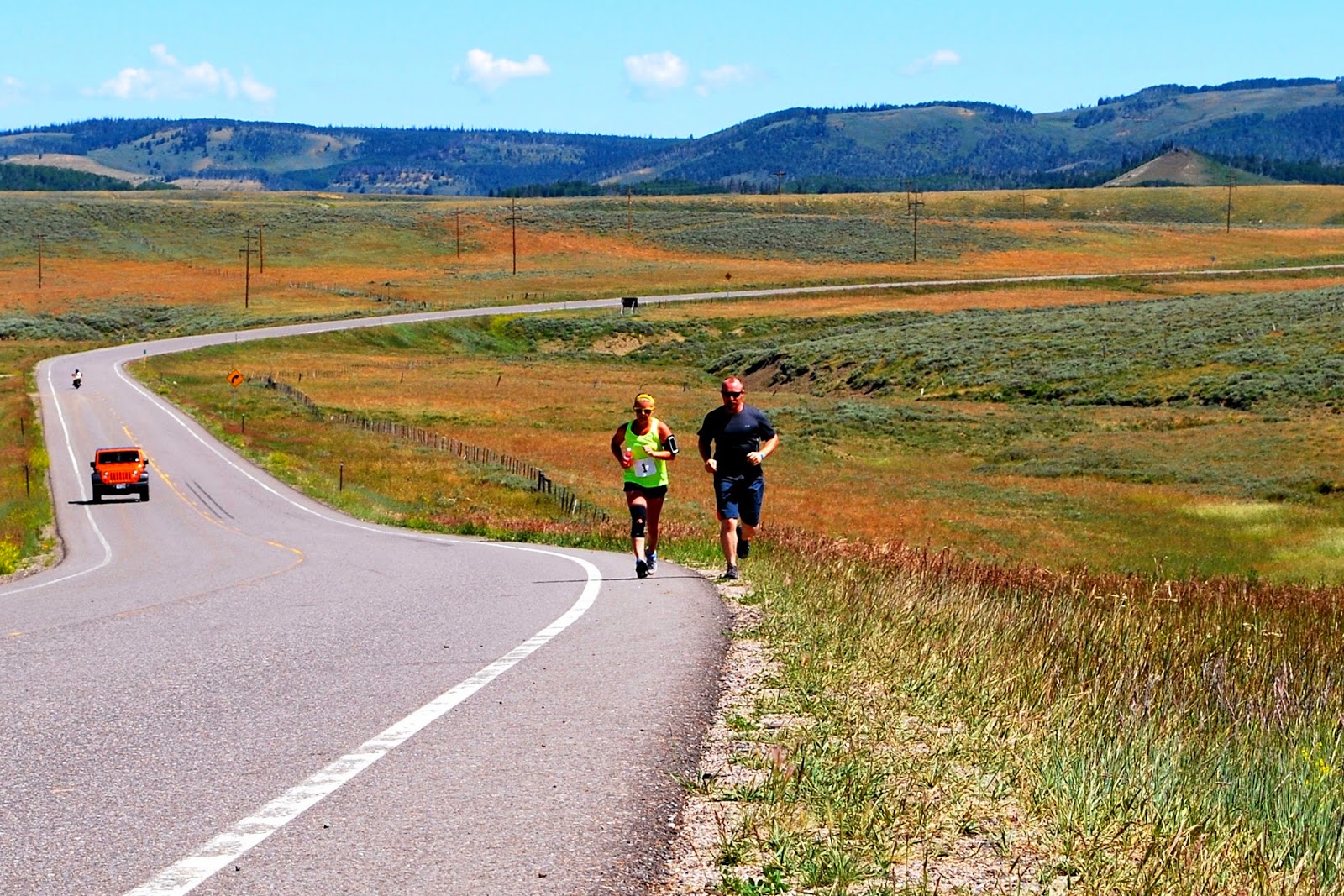 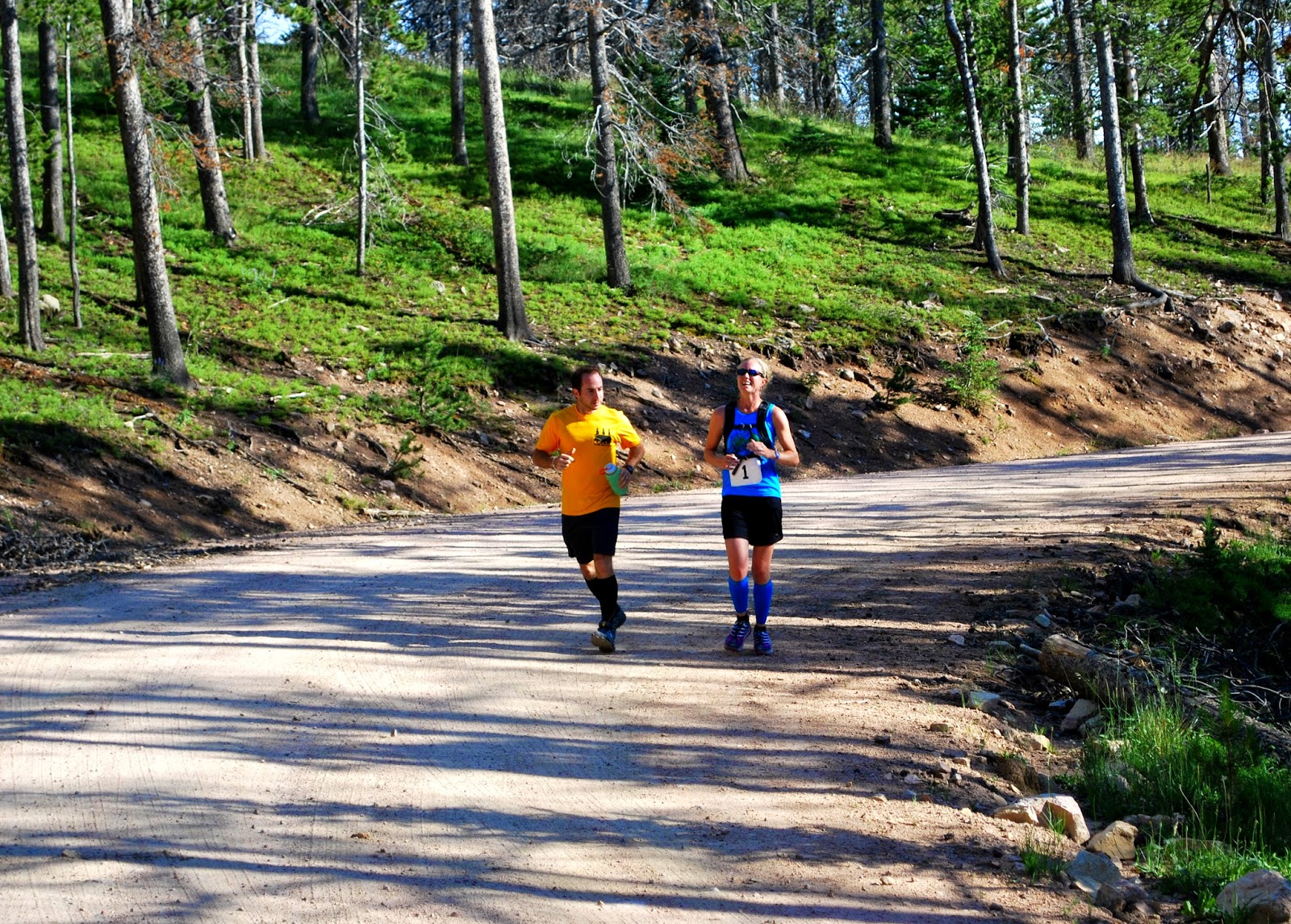 I loved how Leslie and Matt and Stacey and Ian were so supportive of each other. Ahhhh love.

-This lady coming in to have an adventure with me 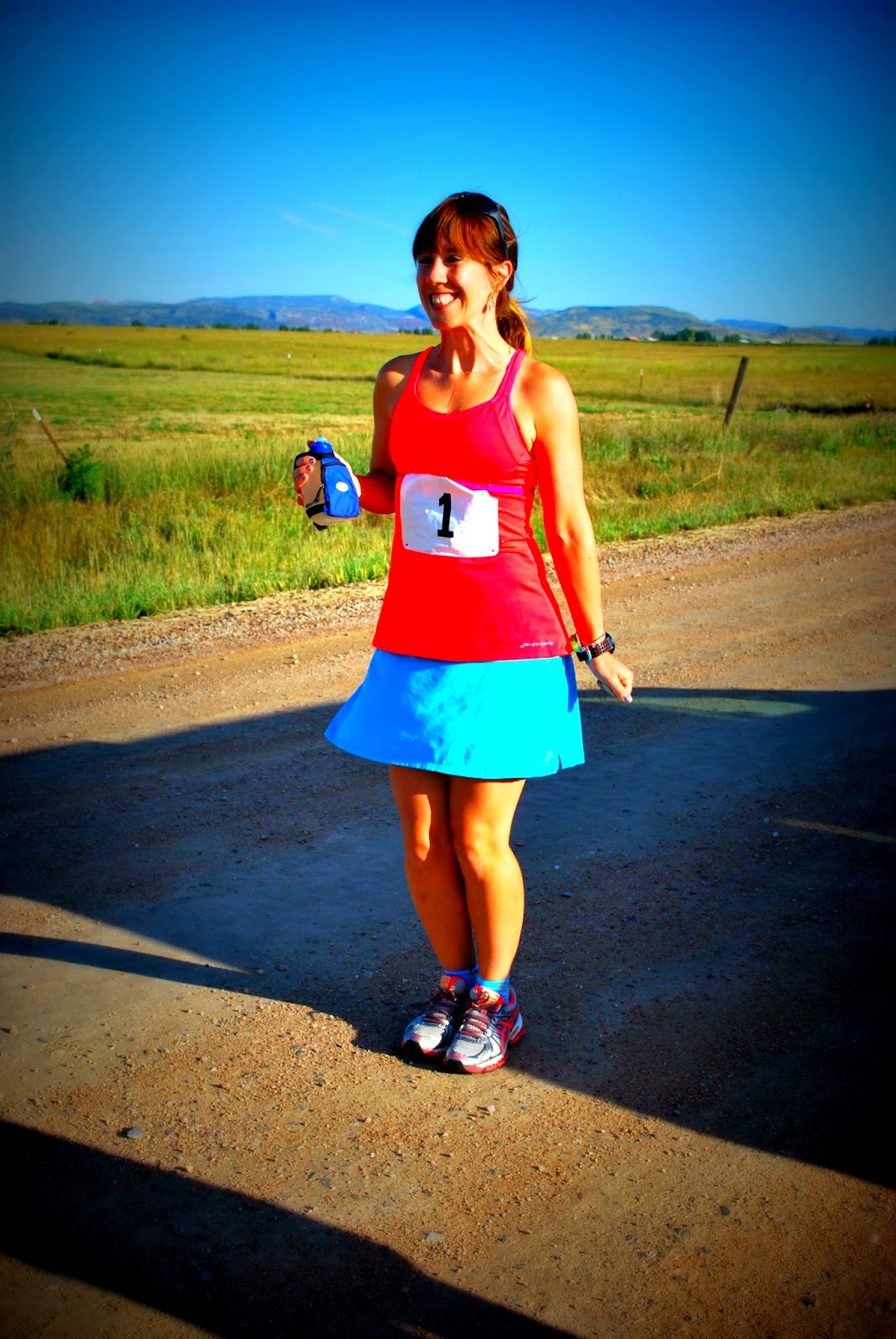 Hey internet stranger I know we have only met once but want to hang out for like three days in a van together with no showers or oxygen. Yes!! Great! Cathryn is one of my favorite people and I am so happy that she did this with me!

-Ian and Stacey being the best van parents ever! 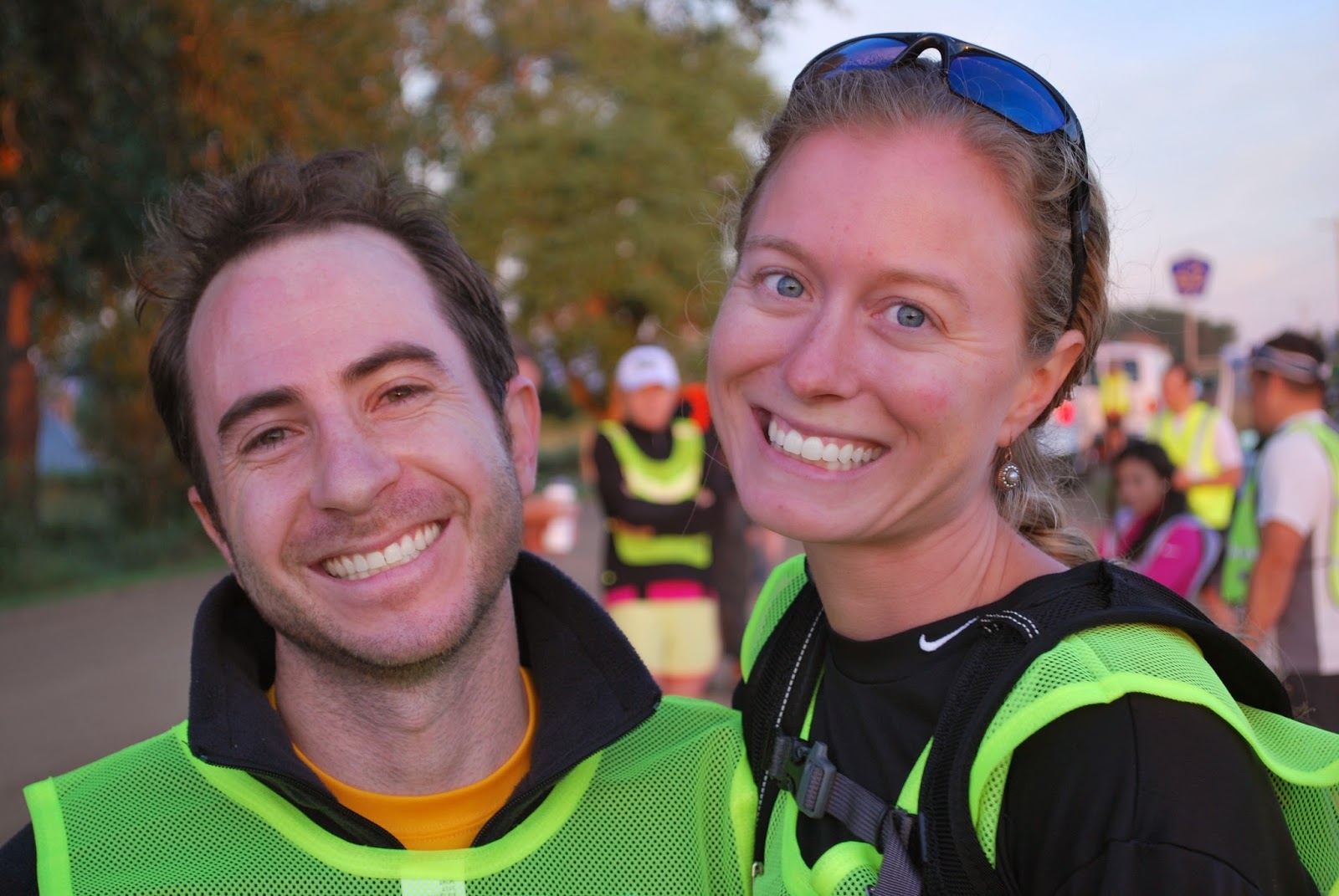 These two organized and executed a flawless relay and kept Van 1 running smoothly. Thanks guys for being all around awesome sauce!

-Running through the mountains of Colorado. 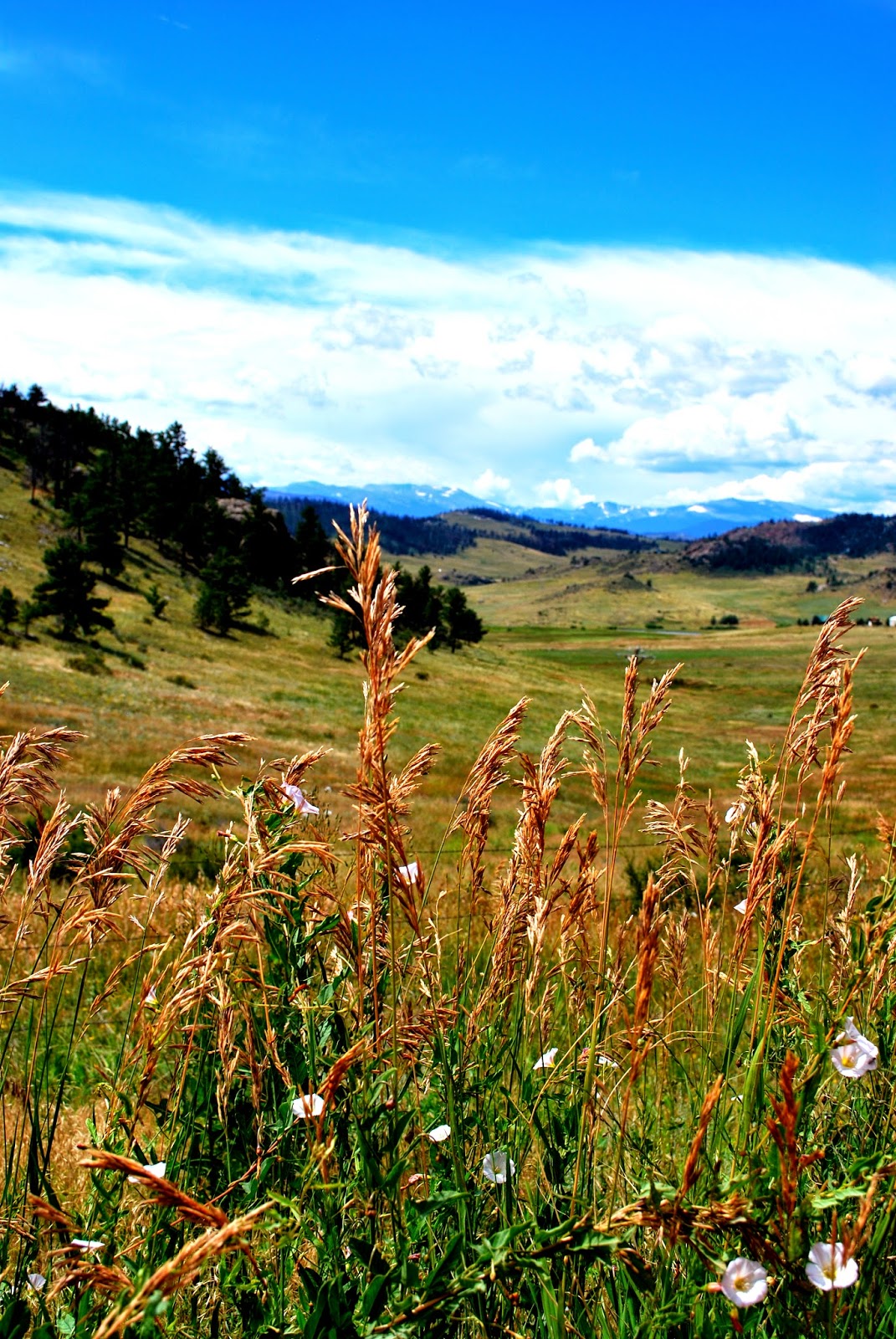 This was an amazing chance to run through some of the most beautiful areas I have ever seen. Almost made me forget I couldn't breath. 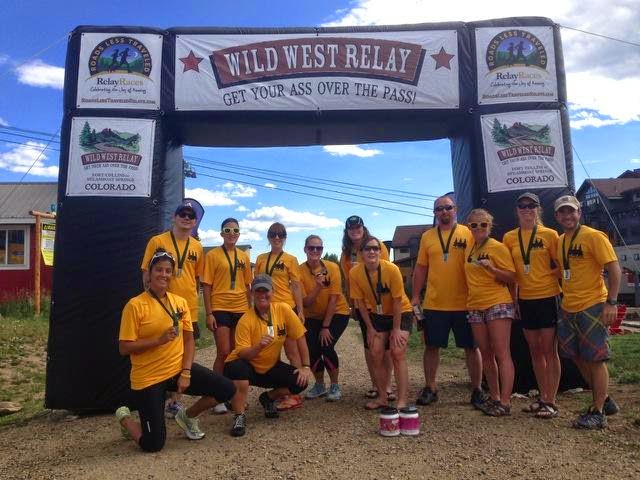 I really liked every one of these people even after 199 miles of running. I could not have asked for a better team and would do another relay with them in a heartbeat! WWR 2015 guys? Anyone? Anyone?

I really enjoy relays which is good......because Hood to Coast is in 16 days!
Colorado Wild West Relay