Adventures in non-running and what next

October 22, 2013
It feels weird to not have a marathon or half marathon looming in the near future. My next distance race isn't until the Georgia Marathon the end of March sooooooooooo now what. At first I was like "sign up for all the marathons in the area! Run all the races!" I don't know if it was getting sick and not being able to do Seven Bridges or just mileage overload the last .....uh.....like two years, but I don't feel the usual drive to sign-up for all the races. Instead I have signed up to run a couple 5Ks and a 10K. I have also joined the Y and have been trying different classes there. So far yoga and Pilates both destroyed me so I think I will keep trying to go to those as my schedule allows. Tomorrow I am going to try a body pump class which is basically weight lifting  class set to music so if I never post again it is because that class killed me. Been nice knowing ya.

My general  plan for the next few months are to run but instead of distance I am going to focus on intensity/speed. Long story short I want to go freaking faster. So I am going to focus on actually training for these 5ks and 10k and try not to get distracted by any other races. We'll see how that goes. After New Year's I will start building distance back up for the next marathon attempt which I would like to PR but to do that I am gonna have to get it together because the course is hilly and tough so hopefully the strength and speed (fingers crossed) I gain in the next few months will pay off then.

In other news I explored more around my neighborhood yesterday (not just straight to running store/ coffee shop/ pizza place) and it is pretty cool. 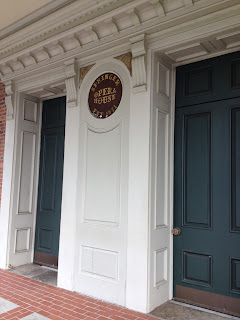 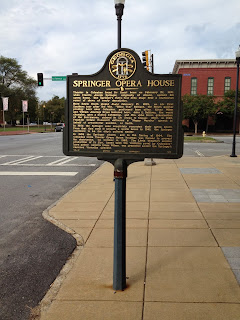 Other Random:
Happy Birthday Amanda! I have found a great group of ladies to hang with and yesterday we had to celebrate some birthday awesomeness with a little rooftop party.
My type A, must be organized and make lists compulsion just grew bigger. I had to buy this elephant calender thingy....so now I have a wall calender and one in my purse......if I am late to something I have no excuse now. Because it is written in two places and been double checked and crossed off and rewritten in a list and......someone save me from myself. 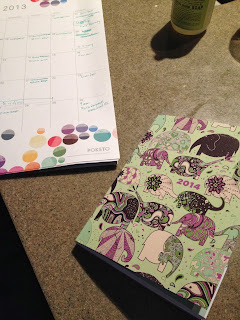 And lastly we joined Sam's club so that is dangerous mostly because we don't have a lot of storage space so can I store my 100 rolls of t.p. at your place? It also means that if you don't pay attention to the grapes label you end up with a million pounds of seeded grapes. WHY!!! Who wants grapes with seeds. No one. NO ONE. Do dumb people like me a favor and stop even selling them. I should really learn to read. 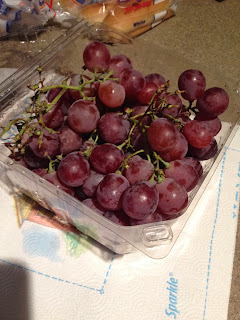 But it also means I have a crap ton of pumpkin so lets get baking!!!! Yay holidays! 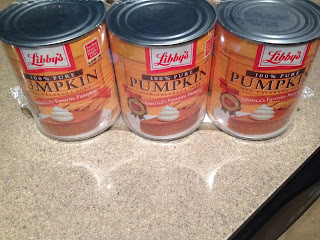 What do you buy in bulk? Or can you resist the allure?
What is your favorite pumpkin dish? Help me out here- I have seven pounds of pumpkin to use.
10K 5K random