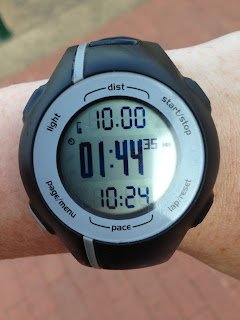 Yesterday morning I killed my second ten miler of the weekend. These two days of running were a big confidence boost for me. While they are not super long runs relative to marathon training, this week in running has gone well and I am hopeful the marathons will not kill me.
Speaking of marathons- my cousins ran the Kauai marathon this weekend and totally killed it. Way to go guys!!!!

We followed up the Saturday of all Saturdays with a Sunday in Warm Springs. I had heard of Warm Springs through reading Bill Bryson's The Lost Continent where he stops to look at FDR's Little White House. But D and I had other plans. We rolled into town 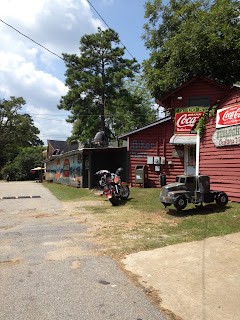 and were lured into a restaurant that advertised Cold Beer but then had none and we felt too awkward to just get up and leave so we ordered fried stuff because that is what was on the menu. 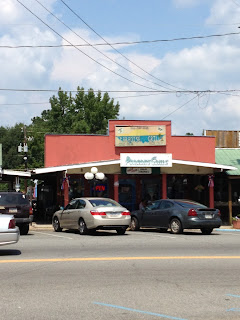 After eating and washing everything down with sweet tea because that is what you do in the South I made us stop by this stand to get peaches and tomatoes. Best tomatoes I have ever had. 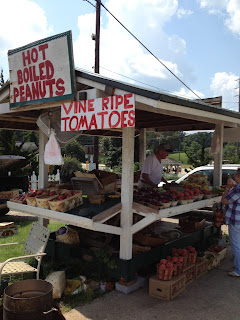 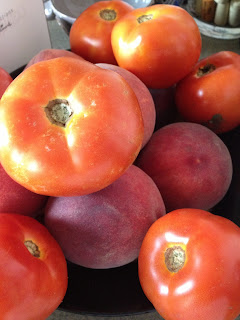 Then instead of turning left to head toward a history lesson on FDR and the new deal we turned right.....
toward the winery. 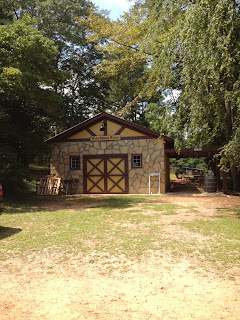 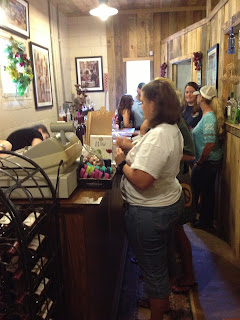 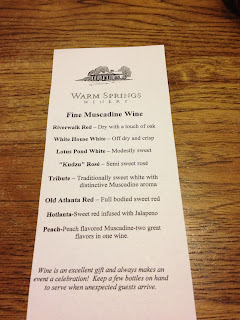 D and I spent the afternoon tasting Muscadine Wines. Muscadine is a wild grape that grows in the South for those of you who may be like me and all "what the heck is Muscadine....who cares this stuff is delicious". 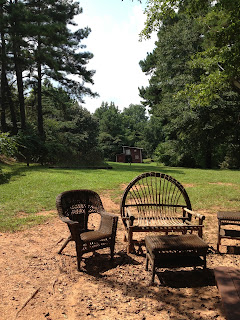 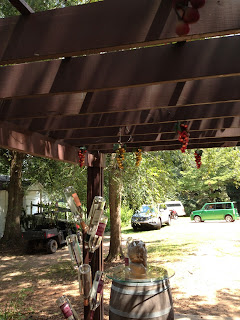 After tasting lots of varieties we settled on the Hotlanata red with jalapenos that has a peppery taste and the White House White which is a nice sweet white. 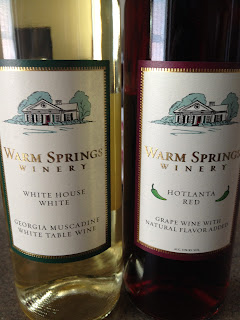 Speaking of hydration this thing has become my new best friend (best transition ever). 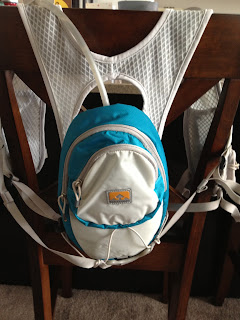 Hotlanta is correct or more like sweaty, sticky million degrees Columbus to be more accurate. I have never sweated this much in my life.
marathon training Travel wine