A Dress Rehearsal in 22 Miles

It went really well and was a huge confidence booster. I used it as a sort of dress rehersal for the marathon- wearing the outfit I want to wear, the shoes, trying to fuel the way I am going to fuel.  I ran with a great group of people (hello running in groups is 100% more fun for long runs then running alone- I should have been running in groups sooner). The woman in charge had stashed coolers along the route with water and had her daughter bike around with a magical backpack full of fuel and water. They are my new favorite people. I got to run through areas I had not been through before so that was awesome. I met lots of new people and got to chat with them about races and running= so much fun! I also tried my new favorite thing 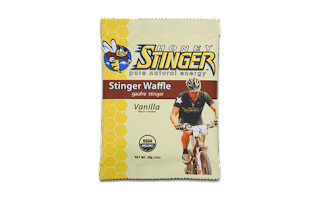 If you have not tried these go buy one in vanilla flavor right now. It is magic. I am going to buy a case of them for the marathon and then try not to eat them until I am actually running the marathon. I was excited before for Half Moon Bay but now I am like 110% more excited if that is even possible. Plus Cathryn keeps putting photos of the area on her blog and that is not helping me stay calm. It is just so pretty there! It is going to be a great run!

The only down side was about mile 2 I tweaked my back somehow. I made a quick decision to just push through the pain and get the run in 1)because I felt I needed these miles to calm the worry in my mind about being able to do it, and 2) I didn't know where the heck I was, it was still dark and I really wanted to just keep going. 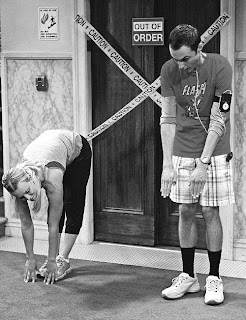 I can't really move- no toe touches, not twisting, no deep breathing, it hurts to put my head down basically my posture has never been better- and no sudden movements. I don't even know what I did or how it happened because I have never done this before. I think a little icing and heat and resting and it will be fine. The only thing I can think of was that my hydration pack was heavier than usual because I brought more water than usual. So maybe the added weight and a weird movement and bam strained something...? On the bright side if I can run 22 miles with back pain then I should have no trouble running 26 pain free......right?


The rest of the day was spent eating 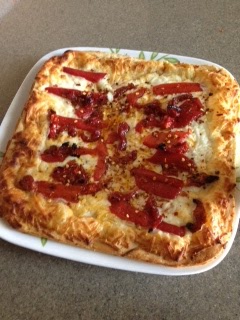 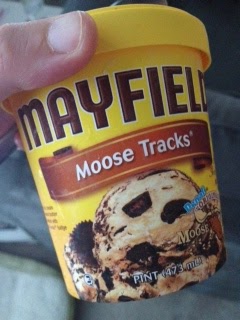 and laying on ice packs.

And I am now an official member of the Columbus Roadrunners! Whoop....not sure what this means except that I get discounts at local businesses and a newsletter. 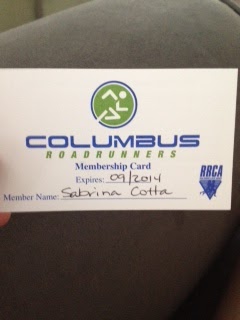 How was your weekend? Any long runs to share?
Long run