August 28, 2013
Yesterday I ran a total of 8 miles and found a fun group to run with twice a week so pretty excited about both of those things.

The other exciting thing that happened yesterday is that I got to go with D to the OCS formal in celebration of their upcoming graduation from Officer Candidate School. 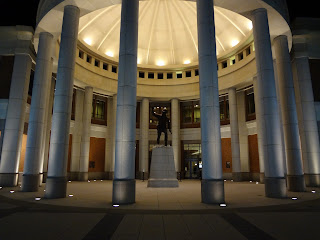 The formal was held at the National Infantry Museum in Columbus and if you ever happen to be around you should stop by and visit, it is pretty cool. The formal was very fancy and a lot of fun. It was fun to see all the officers dressed in their dress uniforms and their dates all fancified. I like to call it adult prom. 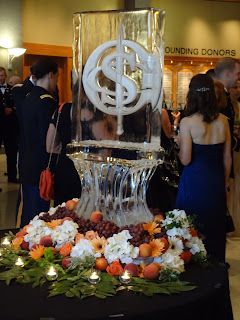 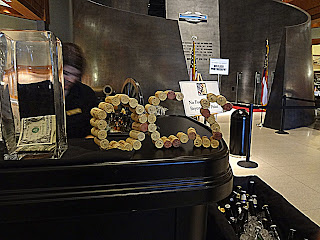 I mean besides getting married how often to you get to dress up as an adult. It doesn't seem like very often for me but then my preferred outfit is running shorts and a t-shirt. 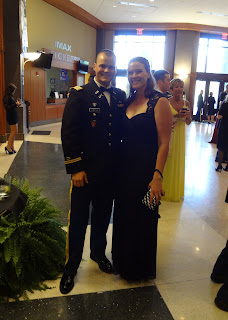 There was a fancy dinner and dancing and a speech by an American war hero. 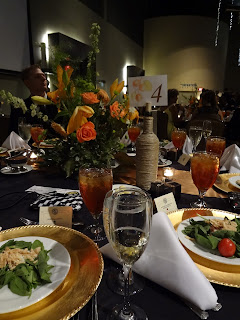 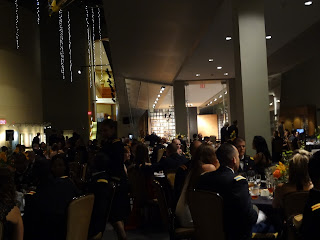 Major Retired Dan Turner spoke to us about being a good leader. As someone who served three tours in Vietnam as both an NCO and an Officer he probably has a pretty good idea of what makes a good leader. He is also a master parachutist and a subject matter expert in special operations and small unit tactics. His is the recipient of the Silver Star, the Legion of Merit, two Bronze stars, the Meritorious Service Medal, the Purple Hearth, the Army Commendation Medal, the Combat Infantryman's Badge and Master Parachutist wings. 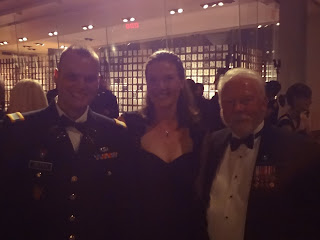 So kind of a big deal. It was an honor to meet him and he was a fantastic speaker. He even agreed to let us take a picture with him and made me get in the middle calling me a rose between two thorns. I knew I liked that guy. Overall it was a super fun evening and I am hoping that we get to go to more of these. Mostly because meeting interesting people is fun but let's be honest I also like dress shopping.


Proud of you D!!!!
Tomorrow is run group again and graduation for D, going to be a fun day!
Army military OCS