June 03, 2013
As I was driving down to the 6:50 a.m. start of the half I was reassured by both the weather app on my phone and the radio commentator that thought it would be cloudy and cool there would be none of that rain like we had the day before. Fantastic. Thirty minutes later when dark storm clouds rolled in and it began to rain pretty hard while U2's "Beautiful Day" was blaring at the start I had to chuckle. What a bunch of liars. It rained all 13 miles sometimes hard, sometimes just misting but it was a wet and soggy race. But I will take that any day over hot. 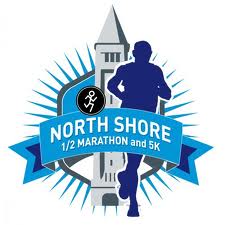 This race runs through Highland Park. It is a large loop course with rolling hills most of the way with a few larger ones thrown in. The course is very pretty running through neighborhoods of giant homes, past the grounds of the Ravinia concert venue area and the start and finish are in the middle of the downtown shopping area.

Packet pick-up must be done the days before the race in the Chicago or Deerfield areas so keep that in mind if registering. This race is organized into corrals and their is an elite field which is cool. I was in corral D. The 5K took off twenty minutes before the half start at 6:50 and the corrals were staggered by three minutes. I think this really helped the course not seem crowded but even with that I was never running alone and there was some weaving involved.


I did not know what to expect from myself at this race. I have not been running very much since the Chicagoland Spring Marathon and the day before this race was on my feet a lot touring Milwaukee with family. When I woke up I was tired and could feel my legs were tired. And the most tragic thing of all- I had the wrong headphones for my Ipod so it wouldn't work. Ahhh the horror...... Once the race started I decided I wanted to push the pace and keep all miles in the nines and try to ignore the no tunes situation. (I would say ten minute miles are my easy, comfortable pace). The hills on the course were challenging because where I live is flat but they never felt too hard except for the one big around  mile 8 that was a bit of a doozy. 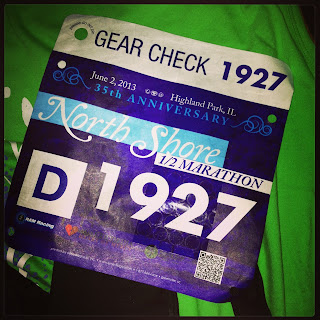 Overall I really liked this race. I thought it was well organized and the course was really nice though a bit more challenging than some. 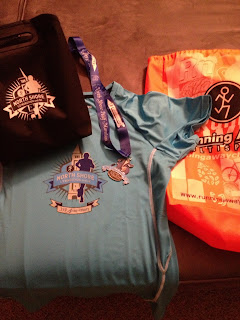 The swag was not bad. The shirt is nice. At the finish you got a lunch box filled with goodies. Packet pickup came in an orange drawstring bag and the medal is a nice design with a nice ribbon.

The other great thing about this race is that there are timing mats at the 5k and 10k and 15k locations around the course. My 5k and 10k times were PRs for those distances.

Overall a great race and a great day!
One more half to reach my 30 half marathons before 30 goal.
Bring on the Red, White and Boom!

30 before 30 North Shore Half Marathon