May 19, 2013
At mile 16 when I got the chills, felt like I wanted to vomit and realized that temps were getting up to the upper 80s I knew I was in trouble. Actually I think I knew when I turned the air conditioner on in the car on the way to the race. I got another clue that today was going to be rough when within the first mile I had sweated through my shirt. But I will get there.

Rewind- lets start with packet pick-up. The one thing I really like about All Community Events is their race day packet pick-up. This saves me about two hours of driving the day before. So when I showed up this morning (an hour away from my home) and packet pick-up was a bit unorganized and took awhile I didn't really get that annoyed. Waiting in line for ten minutes is better than the alternative. And you people in line before me that were throwing a mini shit fit about waiting- GO THE DAY BEFORE. 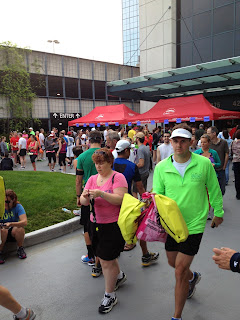 After getting my number, stashing my bag and shirt in the car and hitting the loo one more time. It was go time. The half marathon and marathon started at the same time with pacers for both distances I believe. I stuck by the 10:18 pacer with the goal of sticking with it for as long as possible. My original goal was to try to stick it out the whole way. The thing about pacers is they let you turn your brain off and just run. Super helpful. If it had been about 40 degrees cooler I might have been able to stick it out. I felt good- no lingering fatigue or pain from the last marathon. And my weird butt pain from Saturday, though still there, did not hurt while running. The only logical conclusion is my butt hurts from sitting on it so much the last two weeks (I am ready to get back to training on a regular schedule after I recover- I miss training). 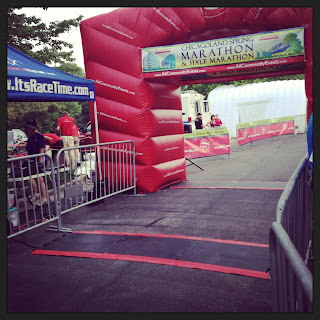 The course was pretty nice for the most part, through the forest preserve. I think this course was prettier than the Wisconsin course. I really like running through the forest preserves. The worst part was the first three and the last three miles which were on a concrete road, no shade, close to the freeway, and uphill towards the finish- just cruel man.

There were so many great things about this race. Pacer Donna, Joe and Nicole were three of the great things. They were my own pace group for over half the race. It was so fun to chat with them and joke around. They really made the miles fly and I loved running with them. When we eventually split- Donna and Nicole to dominate and Joe and I to slow for the heat it was fun to see them and cheer them on during the out and backs. Thank you guys for making this race more fun. Donna was at the finish and even gave me a hug- which says a lot about her because I was basically a giant, smelly salt block at that point. Best pacer ever!

Other great things- the volunteers who were handing out ice towards the end, helped dump water over my head and let me take a million cups all at once. And the cheering- thanks for cheering even though it was hot for you too all I am sure.

Random race angel who was actually there for the person you had trained for the marathon and who I happened to be running by for most of the race and also gave me a bottle of Gatorade and ice to stick in my sports bra. I don't even like grape flavored Gatorade but due to the heat it was the best tasting beverage I have had in a long time. Thank you for being awesome!

The two ladies and gentleman I ran with towards the end who shared a bag of ice with me around the midpoint of the race. Thank you- your ice got me through the next few miles to the next aid station. And everyone else who was running and dying of heat stroke but managed to cheer me on, share a laugh or just run in silence together for a few miles.

This is why I like races so dang much. I feel like I get to see the best of people. Too much we see the bad on the news or at work or while out and about during our everyday lives. Races are a chance to see people at their best even when uncomfortable, hot and tired. It is a magical thing.

I stuck with my plan until about mile 15. That is when I realized the heat was getting the best of me and I needed to not overheat. I do not do well in the heat. You would think with living in Arizona I would be a better heat runner but I am not. I could feel my heart pounding way too hard and the first sign I am getting overheated is when I get the chills after being super hot and sweaty for awhile. Once I got the chills I switched to running slow in the shade and trying to do a brisk walk through the sunny parts- which were very frequent the last half. I also dumped cold water on my head at every stop and stuffed ice down the front and back of my sports bra every time I could find it. Towards the end I didn't even notice the ice cooling me down. Not a great sign. I saw the ambulance out several times during the race with lights flashing- goal towards mile 20 was to not get a ride in that thing.

Not gonna lie the last few miles were not fun. They were hot and all I could do was my brisk walk because every time I tried to run I felt ill. On the plus side though this race was not my greatest performance pace wise I learned that I can tough it out, know my limits and can finish a marathon in less than great conditions.


After finishing I downed some more water and did the slow crawl to the car. On the way home I stopped at a gas station in full on sweaty crusty mode in the most ridiculous outfit for chocolate milk and Gatorade and found these for super cheap. Best day ever. 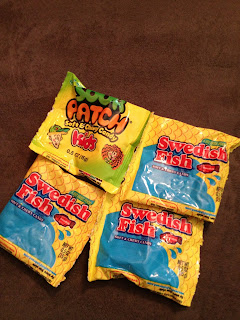 The swag for this race was not bad. 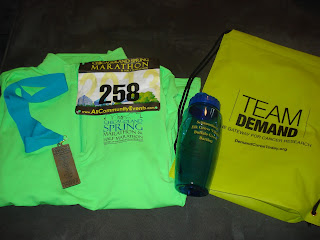 The medal is just eh. I mean it is no cheese dressed up in a blues brother suit that doubles as a bottle opener like the Wisconsin marathon but I will take it. 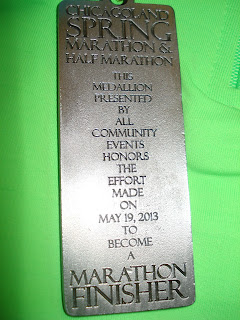 The shirt, at first I was like whoa that is green, but it is super comfy and even has sweet thumb holes which I love for cold weather running. I am sure this will get a lot of use in about five months when it gets cooler again. 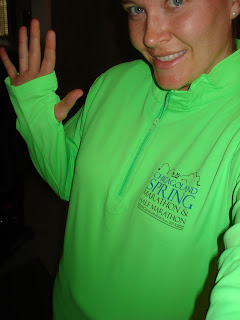 Would it have been awesome to PR today. Absolutely. I think all runners want a PR. But some races are for PRing and some are for finishing. I have never been so happy to finish before.
Chicagoland Marathon