March 25, 2013
I once again packed a suitcase to take to this race since the weather said snow.


Luckily just a few light flurries. It wasn't actually that cold, it just was annoyingly windy.......wait, this just in: Chicago is apparently known as the Windy City.... so yeah windy but let's start from the beginning.

I woke up at 4:15, ate a protein pancake, layered up and hit the road. The race was about an hour and twenty minutes from my front door. The first time I have headed downtown and not hit traffic. 5 a.m. is the magic hour. I left earlier than needed because I was on the hunt for free street parking and I found some in the most magical spot known to runners- right next to the Porto potties and a few steps from the start. Bean for the WIN. 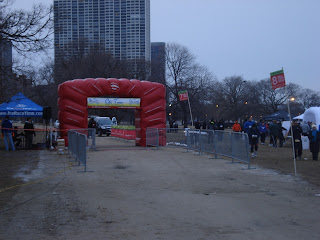 Packet pick-up the day of which was awesome because otherwise I would have had to drive about three hours total to get it on Saturday. This is a nice feature of All Community Events. Packet pick-up opened at 6:50 and the start of the race was 8:15. I was worried about fitting in all my pre-half miles so I went out for a two mile loop- grabbed my packet and headed back out for a five miler to get in my seven miles for my 20 mile marathon training run. I did a preview of the course this way which was nice because I could see where all the water stops were. I was also able to take pictures of the course prior to the race to share with you all. What can I say I am a giver. 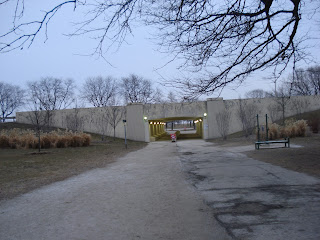 First seven miles went well except it was cold and my legs felt tight. This race had pacers and started right on time. 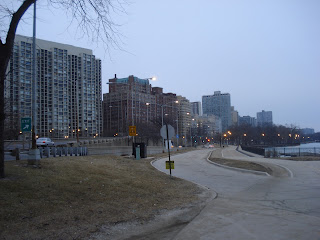 We started off doing a loop to the right and then did a loop course to the left. I started off with the 9:10 pacers and realized after about three miles that my legs were too dead to keep up with them. I relaxed the pace a bit and tried to focus on the scenery.
I started to get a bit crabby around mile 8. It seemed except for a mile or two in the beginning, that no matter what direction I was going the wind was dead set on making my face numb. At the same time my hamstrings were just over this run. This run, even though no hills, felt tougher than last weekend. I think it was a combo of me pushing harder and the concrete. It seems when I run the lakefront path my legs always hate it. 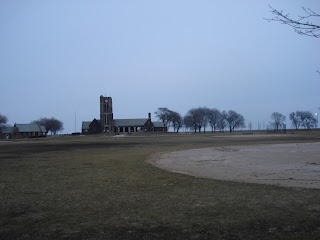 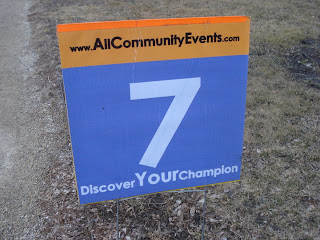 I started the mantra of 'push through'. I felt like I was putting out a huge amount of effort and was getting nowhere. When I checked my watch though I was still hitting 10 minute miles. Around mile 11 I saw the 9:55 pacer and was like it is go time. 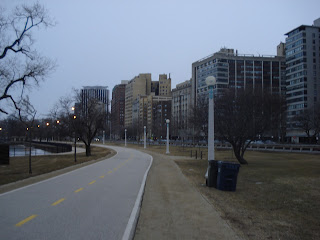 I picked up the pace somehow. Maybe due to taking my last Gu around mile 10. Realized I could finish around 2:10 and put the game face on. Hit the low nines for the rest of the way in. I could not be happier with this half (my calves and hamstrings are not as happy but they will get over it). The fact that I could put out this effort after a lot of miles this week and as part of a twenty mile run makes me super happy and excited for the marathon. The marathon is still intimidating and most definitely will hurt but I am confident I can put in a good effort and finish. 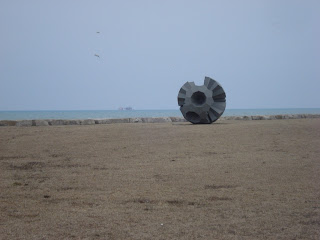 The finish line had music, bananas, pretzels, granola bars, fruit snacks, and coconut water. After loading up on snacks and stretching for awhile I put on my parka and warmed up in the car before heading home. 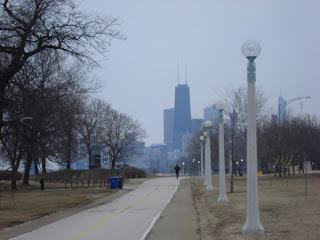