February 24, 2013
Since the first of the year the hubs and I have been eating mostly vegan. I say mostly because the occasional chocolate sneaks through / work event where every thing is covered in cheese happens. It is partly to force the eating of more fruits and veggies and partly me being horrified after a documentary I watched about the food industry. My husband is super supportive of me so he was game to change his eating habits too. We played Taps for the last package of bacon. That being said I am not preachy about it and if you invite me over for dinner I won't turn my nose up (and will bring wine). But I am going to talk about what I eat so if you are not into it skip this post and I promise the next one will be about running again.

And of course the disclaimer: I am not a medical professional. I am a big believer in everything in moderation including moderation. I do think having more of a plant based diet is better for you.I do not think eating meat is bad for you but I do think the way we go about obtaining the large amount of animal products in the American diet is harmful to the environment and unsustainable. So this is what is up with that.

So if you are interested in going vegan or even just eating less meat (meatless Mondays seem to be popular) here are some things that worked for me.

1) Be open to trying new things. 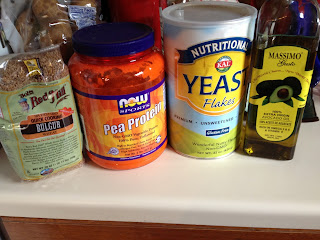 Bulgur wheat, pea protein, nutritional yeast flakes, avocado oil
Sticking to food of the vegan variety has demanded that we put a little effort into what we eat, plan ahead and has made us try stuff that we would not normally try. The nice thing about the internet is that vegan recipes  food and tips are all right there. And you can find everything on Amazon. You just got to be game to order/buy weird stuff and give a whirl. Like nutritional yeast- what the heck? Well if you cook it right it is kind of like a cheese sauce and tastes slightly nutty. Huh- never had even heard about it before. Probably will not buy it again but horizon expanded. And Avocado oil is freakin delicious. Dip some sourdough in there and thank me later.

2) Keep in mind that there is a substitution for just about everything....somewhere. 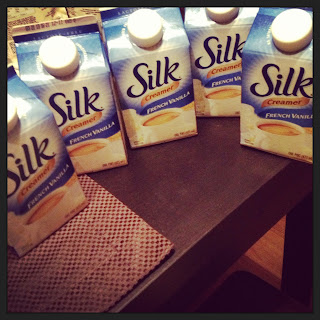 The hardest part for me personally was coffee creamer. I am just not myself without my gallon of delicious french vanilla coffee creamer in the morning with a dash of coffee. I tried adding rice milk, soy milk, vanilla and chocolate flavored, even tried the almond milk. Ugh nothing was as awesome as creamer. I was so sad. And then I randomly found soy french vanilla creamer and almost cried tears of joy in the aisle. It is the little things. I now have a new favorite grocery store all thanks to this. And of course there is soy cheese, soy meat like products, etc that do not taste like the real thing to me but taste just as good which is fine by me.

3) Crock-pots and beans and rice are your best friends. 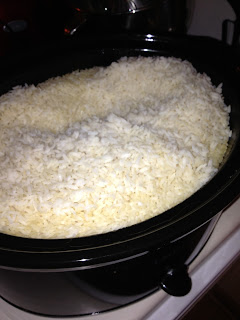 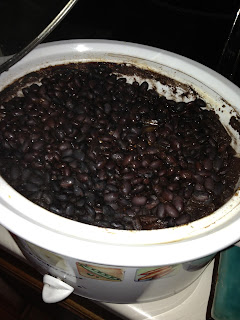 Beans and rice (didn't miss her- thanks Sir Mix Alot) they are magic and cheap and I make huge quantities and freeze half. They can be used to make burritos, mixed in with veggies, used as a dip. More importantly they are a quick and easy snack/ meal to have on hand and are a good source of protein. And crock pots just make everything easier so get one, stick some stuff in it and come back 8 hours later to stuff your face. 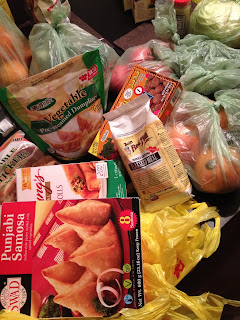 There are all kinds of vegan/ vegetarian foods out there. Vegan can be harder to find because almost everything has cheese in it it seems so reading labels can be a must. But lots of cultures tend to eat less meat in general so hit up the food in those isles to expand your horizons.

5) Give yourself a break. D & I transitioned slowly. We ate what we had on hand and stopped buying animal products and explored other stuff. We looked into supplements- especially Iron and B12 to make sure we are getting what we need. Yesterday I ate a chocolate brownie thing which is why I say we are mostly vegan. We are actively trying to eat less animal products but life (and chocolate brownies) happen. 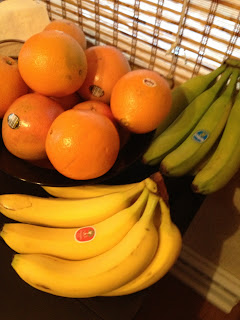 Pros so far: Lost some lbs/ eating way more fruits and veggies/ overall feeling pretty good
Cons so far: Felt hangry (you know the I am angry because I am hungry) a lot at first but that seems to be going away


How do you feel about going meatless?
Food