December 28, 2012
Yesterday I ran four miles in 27:34. (Update: I meant 37 whoa- lets not get crazy here, I am not that speedy). Apparently running in cold motivates me to get a move on so I can get back inside. The last couple of runs have been going well and after about three weeks off from running any sort of distance my legs feel all fresh and happy. This is good as marathon training kicks off in about two weeks.

After my brisk run D's parents and I decided that Chicago was the place for us. D had to work so I was in charge of entertainment. First stop breakfast at a local place for exploring fuel. 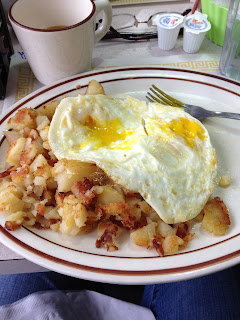 After lots of driving and traffic we arrived downtown. Of course it starts snowing. Doesn't snow the last four days we have sat around at home in sweatpants. The minute we decide to do something, bam snow. Not cool. Actually it was kind of cool to walk through Grant Park in the snow and while it was cold it was not windy which seems to be key to making a trip to Chicago enjoyable. 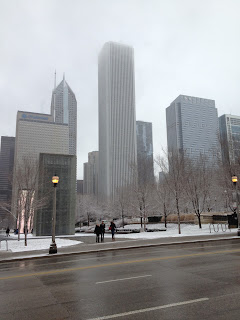 Unfortunately since I do not know my way around Chicago very well I kind of made the worst parking decision ever and forced my in-laws on a death march around the city. The upside- we got to walk along the lakefront which is one of my favorite places.  The down side- when we got where we were going we were already kind of tired. 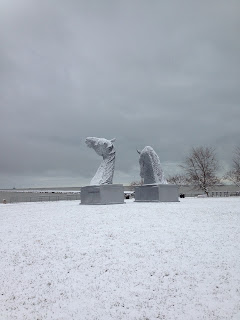 We had originally planed to go to the Shedd aquarium because I love fish and jellies with a weird kind of passion. Aquariums are my favorite. But the line was ridiculous. Like a half mile long outside the building. Uh no, so instead we headed to the Field Museum. 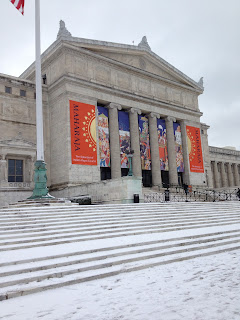 We got to see several really cool exhibits including Egyptian tombs and a Maharajah exhibit including some sweet jewels. I like shiny things. 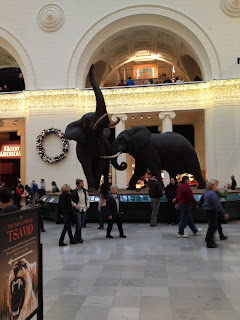 After the museum we were not up for the million mile back to the Millennium Park area. We hailed a cab and rode over to this place for dinner. 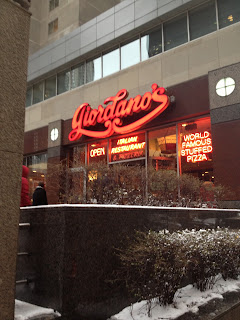 After dinner we headed back to the car. Or where we thought the car was. For some reason getting back under ground to where our car was parked was the most irritating thing in the world. We went to the wrong garage first though in the same area and then it took me a while to figure out where the right entrance was. But crisis averted, car finally found, traffic conquered and we made it back home in one piece. 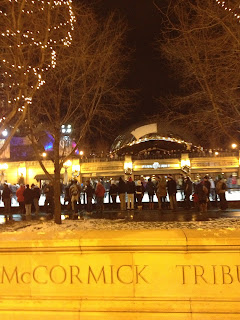 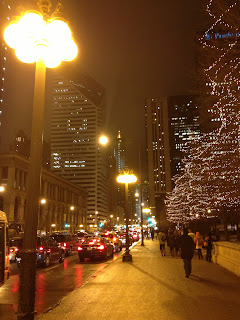 I love exploring Chicago and had a ton of fun with D's parents. Gotta say I am a big fan of taking the train into the city since driving in traffic and then downtown where people think lanes and traffic rules are optional is not my favorite thing. Overall a great day and I can't wait to go back for the next adventure!
Chicago Travel vacation