October 29, 2012
The Skeleton Skamper in Mt. Pleasant WI was held on October 27, 2012. Otherwise known as the day I threw down and finally finished  a half marathon in under two hours. 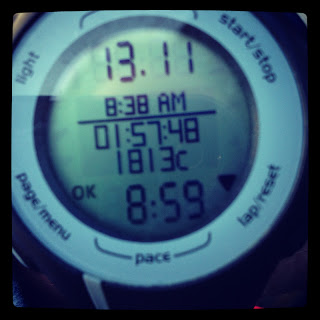 While this race will always hold a special place in my heart for the day I finished in under two (may be the only day, man that was hard- a little uncomfortable the whole way) there were some issues I would like to bring up, the main one being the course was at least 13.3 or 13.4. Last time I checked a half marathon is 13.1. But let us start with the 5 a.m. wake-up. Mount Pleasant is right outside Racine, WI and about a 40 minute drive from where I live. This race had race day packet pick-up starting at 6:30 a.m. I rolled out of bed downed some coffee, made a bagel with PB and banana to go, put on a long sleeve, capris (apparently I do not fear my shins being cold), ear cover and gloves, and headed out a little after 6. Plenty of parking outside the community center where the start and finish of the race was located. 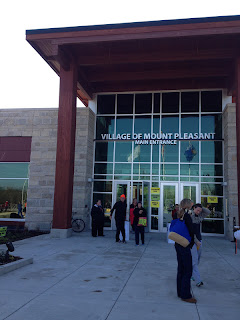 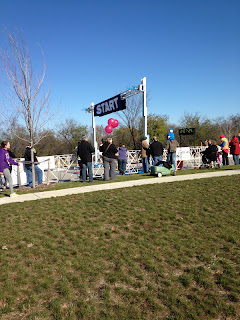 I was one of the first runners to show up and had no problem getting my race number, long sleeve shirt and goodie bag full of slips of paper and samples. Towards starting time things got a little hectic and crowded with people trying to get numbers and last minute registrations. 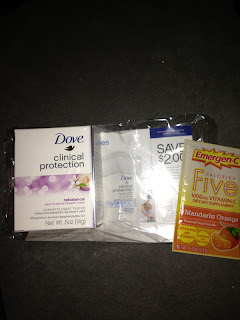 After grabbing my bag I went back to sit in my car for awhile until it got too cold, I then grabbed my ipod and headed back into the civic center to stay warm until the start. Hit the indoor bathrooms about five minute before the start (indoor wins over porta-potty every time) and headed to the start line at about 8:27 for the 8:30 start time. And then stood there for ten minutes or so. The race started a little late but at least by that time it was a little warmer out in the sun. And then I ran. Hard.
Garmin Time: 1:57:48
Official Time: 1:59:16

This course is described as flat and fast. Perhaps there is something to that since I did so well but it did not feel all that flat to me. I guess when I hear flat I think pancake flat. This course had some rolling hills to it, including about a half a mile climb at the end. Every hill I ran up I thought to myself 'their website is a lie, A LIE'. Hills make me ragey.

The other thing about this race is that it is long, like way long. I stopped my watch when I hit 13.1 and could still not see the finish line. It took me another minute and a half running a 9 minute pace to actually get there. So if I do the math, carry the one, divide by pi...... equals too freakin long. The weird thing was that there was a finish line set up where it would have measured about 13.1 but we ran by it and finished at the start. It was as if the actual finish was inconvenient so they just moved it on down the road. If you are going to do that take the other finish down. Don't mock us with it. But I did it, official time or garmin time both under 2 = WIN.

After finishing I got a medal and a bottle of water from the local cheer team who did a great job cheering people in. I then hobbled back to my car to call D and tell him I had done it (I gave him the morning off as his presence is required at next weekends beer run). After I freaked out on the phone for awhile I headed to the finish line party to grab some food and keep moving. My legs were tired and a little angry after making them run so hard. The finish had bagels and cream cheese from Panera bread, bananas (side note: why do they always cut up the bananas into mini- pieces, can I not just have a whole one?) and granola bars. 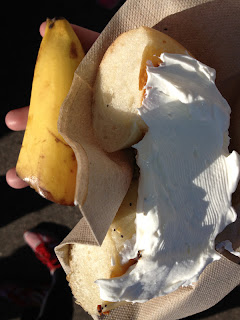 There was also a beer truck, each runner got two beer tickets. 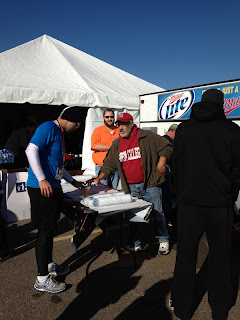 Pumpkin carving and costume contests rounded out the festivities. 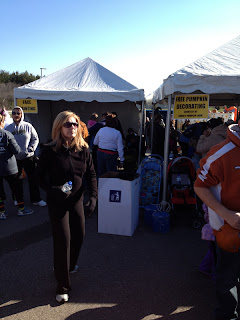 Overall this race was fun and fast even if it was a little long. The shirt is awesome and apparently glows in the dark though I have not checked. The medal is nothing special. The course was well marked, had good traffic control as it is all roads and fairly pretty through Wisconsin farm land, parks and neighborhoods. 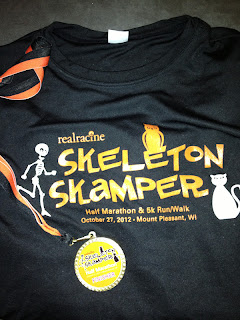 So why now, why was I able to kill it at this race. I am not sure. Maybe it was the hard effort put out running two races last weekend followed by a week of rest with the exception of a horrifically slow five miler last Wednesday. This allowed me more sleep then usual and I felt pretty good. Maybe I just mentally knew I was tougher. Maybe it was the fact that I could stand inside and keep warm right up until the start of the race. No warm up mile needed. The downhill start helped I am sure to get the legs going. Maybe it was the cool weather, not much liquid or Gels needed. Not a lot of sweating. Maybe it was .....the perfect storm, everything coming together. Who knows but whatever it was it was awesome and I feel pretty great about finally reaching my goal of running a half under two.