October 23, 2012
This little number arrived last Tuesday. I was instantly excited. One, awesome skull running jacket, two, mail delivered number = no crazy packet pick-up in downtown Chicago. Worth the $19 which is what it probably would have cost to drive down and park, plus the three hours of travel/ traffic. 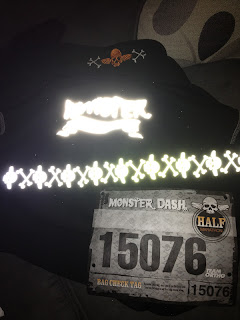 The Monster Dash was the second race of my double header weekend. I did not spring out of bed all bright out and bushy tailed. Instead I stumbled to the kitchen to slam some coffee and a protein pancake without opening my eyes cursing the ridiculousness of so many races in so little time. I then debated through three outfits. What to wear, what to wear. Luckily everything goes with cat ears. I finally settled on shorts and a short sleeve. My biggest fear is being too hot since I excel at sweating. D & I rolled out at 6 a.m. A little too early, my fears of traffic and no parking apparently are ridiculous in the early morning hour. 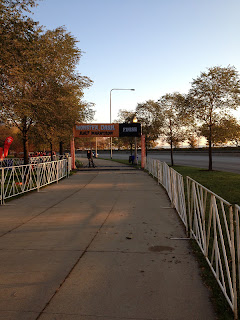 We parked at Soldier's Field for $13, sat in the car for awhile and then headed over to check out the start which was about a .5 mile stroll. It was cold at the start but warmed up once the sun came up. 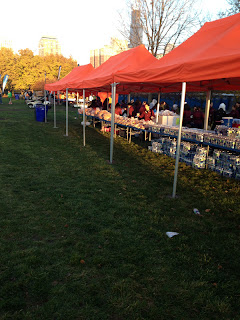 The location really couldn't be better. The whole run was on the lakefront path. My only complaint was the cement path for the whole thing. It was a little tough on me. Not sure if it was the fact that I had run a race the day before or I am just a big baby now that I run on a lot of crushed gravel trail and springy asphalt or what but the last two miles were torture and I am currently not walking but shuffling around. 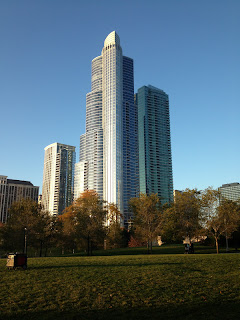 The best part about this race (you know besides the excitement of being in Chicago and the great weather we had) was the costumes. Though I was super lame about dressing up there were some awesome costumes. This race has a 5k and 10k as well. It was funny to see that a lot of the elaborate costumes were on people doing a shorter distance and the half marathon runners overall tended to be dressed up as .....runners but there were some awesome people who dressed up for the half as well. 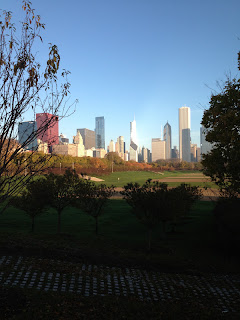 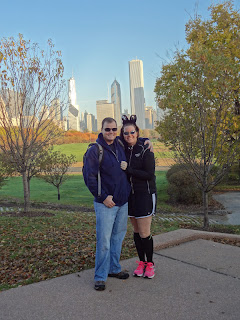 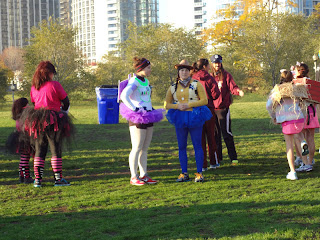 This race was big and crowded and even though I started at the front of the 9 min mile area my first few miles were no where near that. Correction: none of my miles were near 9 minutes. This was in part due to the large crowd tiny path situation but also the my legs are tired situation. But for this race and the DPR race my goal was just to run hard. And I felt I did that at both so mission accomplished. I have been feeling kind of burnt out lately so it was fun just to run a race to run it without worrying about time. 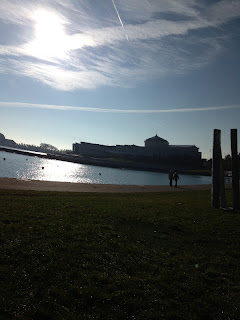 After a mini loop in Grant Park we headed to the lakefront path for an out and back. The best part was probably when people started coming back from the turn around so you could check out their costumes. There were six aid stations I believe and they handed out hammer gel and had poweraid so that was nice especially because about a mile in I was starving. Fueling is tricky when the race starts later (9 a.m.) and is something I need to work on. 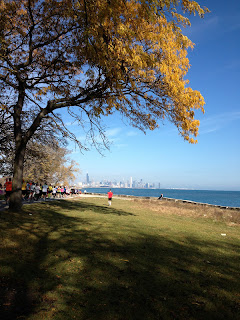 The weather was perfect. My cat ears did little to keep the sun out of my face (I miss you visor) and I forgot sunscreen so I am bright red with a few added freckles. Not smart. It did start to get a little bit warm towards the end but I will take sunny and warm over windy and cold any day. 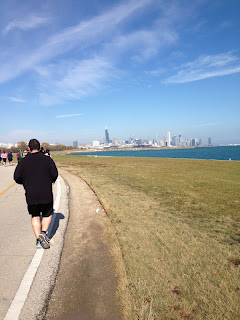 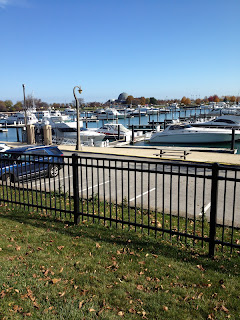 I finished in 2:09:53, again not my best but not my worst. Considering the last few miles were a huge mental struggle for me to keep going because my legs were dead I feel pretty good about it. 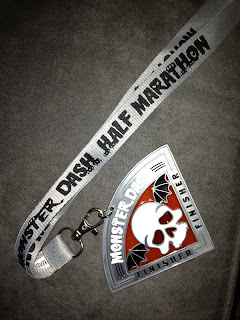 The metal is a really nice stained glass medal. Overall this event was put on well and fun to do. It is crowded so if you are looking for a race to PR on this one might not work well since that would require a lot of weaving. Two very different races this weekend but both a lot of fun. Now please excuse me while I stick, roll and stretch my muscles into submission for my next half.....this coming Saturday.
30 before 30 Monster Dash