October 21, 2012
DPR stands for Des Plaines River which we crossed a few times along the course. This is the second trail run I have done but the first that designated itself as an actual trail run with a trail briefing and everything. If you are looking for a challenge there is a 50 miler, a marathon and of course the half distance. They are all in the same area (the Half Day Forest Preserve which is near Vernon Hills, IL), though some courses were longer than others. 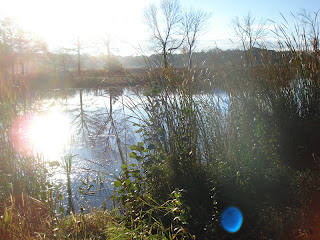 The races have staggered starts, with the 50 miler starting at 7, marathon at 8 and 9 a.m. start for the half. I rolled in around 8a.m. to a full parking lot so had to park in the overflow area near the Homestead Suites across the street. This race only has race day packet pick-up. I grabbed my race number and long sleeve tech shirt and decided I was too lazy to walk back to my car to drop it off so just tied it around my waist. 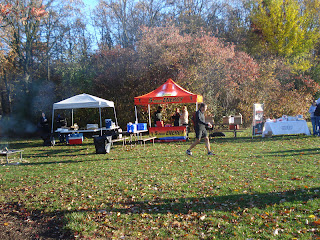 There were a few booths with bagels and bananas and 5 hour energy. 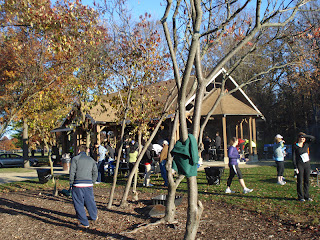 Packet pick-up was well organized and easy. The volunteers were great which was the theme throughout the event. Thank you awesome volunteers. 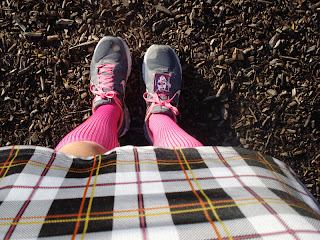 It was chilly at the start and stayed a good temp throughout the race. There was lots of shade so my running skirt (probably the last appearance of the year, hello cold weather) and long sleeve shirt were perfect. 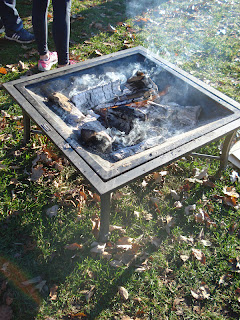 They had one campfire going for us to huddle around before the race. After a quick briefing about the course and where the aid stations were we all headed to the start which was a timing mat. This race overall was pretty low key but has the essentials. Now get ready for the bombardment of beautiful fall pictures. 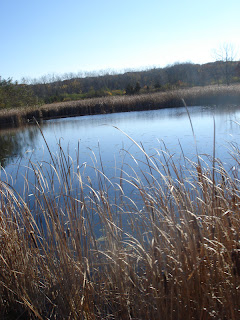 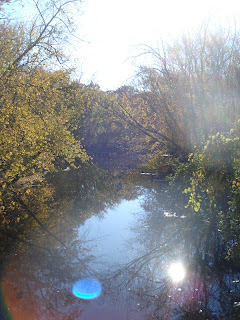 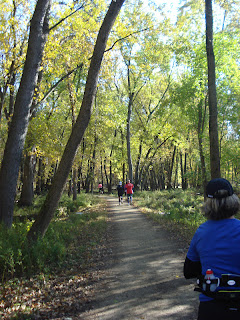 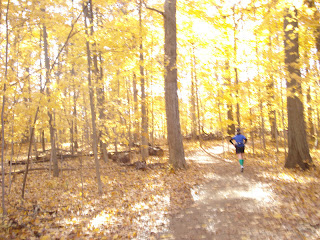 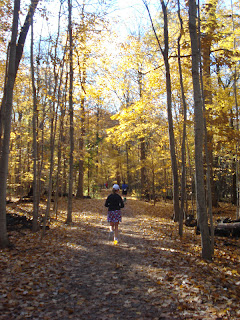 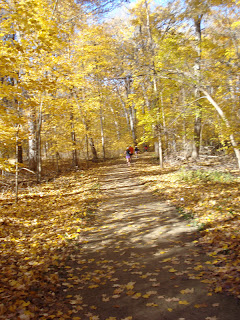 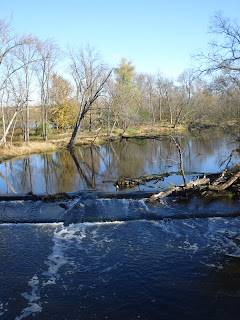 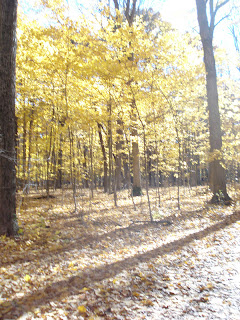 This race was fun to run because the course was amazing. It was not my best showing, official finish in 2:08:03, but I think is up there on my list of favorite races. It was put on well and was so beautiful and easy on the joints with the dirt trails I think I would do it again. The weird thing about the course is that it felt like going out there was a lot of gradual uphill so of course I am thinking, win downhill on the way back. But then when we turned around and headed to the finish it felt like it was uphill. Um what the heck. But even with that it was still a great race. 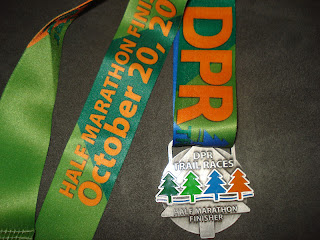 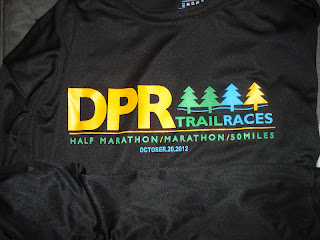 Pros of this race:


Cons of this race:
After finishing this race I tried to choke down a burger before heading home but just couldn't do it for some reason. So instead I ate a cookie (funny had no trouble eating that) and headed home. I refueled with some Subway a few hours later, watched some TV while icing and compressing and got ready for round two- Monster Dash Chicago.
30 before 30 DPR Trail Half