October 03, 2012
On Saturday D and I headed to the big, mean city of Chicago. D had been to Chicago a while ago but the closest I had ever been was running through the O'Hare Airport a few times (why O'Hare, why must I always run through you?). We were excited, me probably annoyingly so ('we're goin to the big city, we're goin to the big city (insert hand clap here)) and caught the early train to start our adventure.
Our plan was pretty vague. Show up, orientate ourselves and walk around and explore. 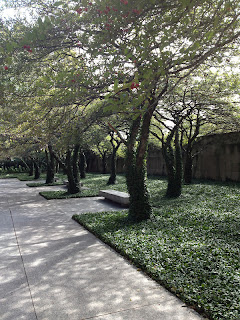 But I had one goal. See the BIG BEAN. 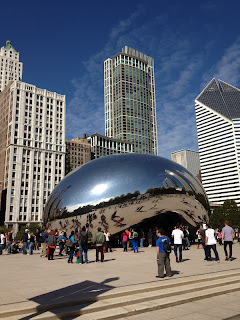 And it was glorious. It is actually called Cloud Gate but come on it is a bean. 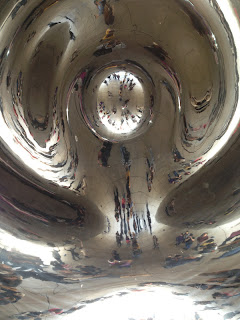 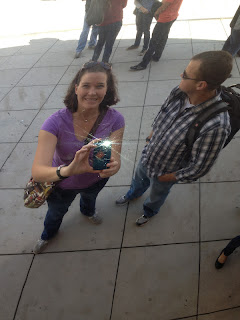 After seeing the Bean we went in search of food and shopping, heading toward the Magnificent Mile. The only thing I bought was a coffee mug but it was fun to look at all the high end stuff. 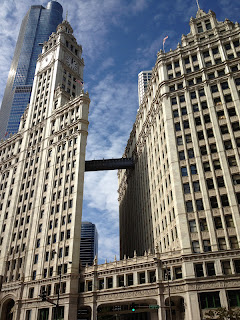 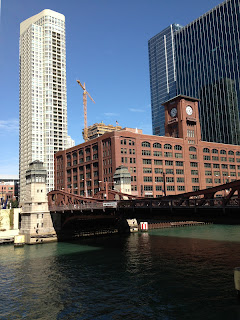 All the buildings were amazing and it was really fun to wander around in such an awesome city. 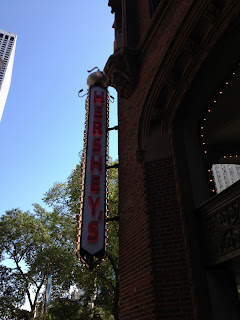 We also found the most magical corner of all, Ghirardelli chocolate and the Hershey store located across the street from each of other. I was so sad that we were full of lunch. Next time we are heading straight to Ghirardelli and stuffing our faces there. We also didn't hit up Navy Pier but D reminded me that since we live here now we can always come back. Oh right. I can't wait to head back into the city and do some more exploring!
big bean Chicago train