June 09, 2012
Last night was date night and since I am a true romantic I forced D up a mountain and made him eat at some hole in the wall places. Ah amore. We have lived in Tucson for four years now and had never driven to the top of A mountain. Well cross that one off the bucket list. 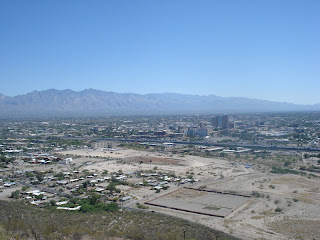 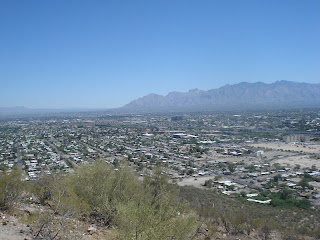 This is the view from the top. You can see forever and really notice how sprawled out the area has become.
We also went to Sonoran delights which is over by the mountain. The food was really good but it was hot in there and more like a taco stand with a permanent location. One thing I can not get behind with Sonoran food is the lack of cheese. Burros and tacos have no cheese on them. So sad. I had two soft shell chicken tacos and D had a cabeza burrito. That is right, head meat. Looked pretty good and he said it was delicious. 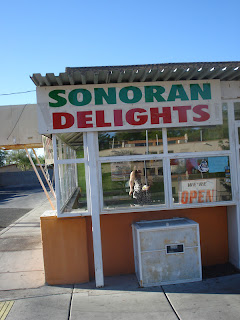 Afterwards we hit up another stand type restaurant thingy called Oasis that only sells desserts. I got a mango raspado which is fruit, juice, crushed ice and ice cream. Pretty tasty for a hot night. I think you are supposed to let the ice cream melt down and mix it all together but I just kind of shoveled it in pronto. I ordered convinced D to order the cheetos preparados. Bad life choice. It was flamin hot Cheetos with nuts and candy and syrup on it. Ugh so gross. I think they were going for a salty sweet thing but with the spicy it was like death in your mouth. Never again (shudder). 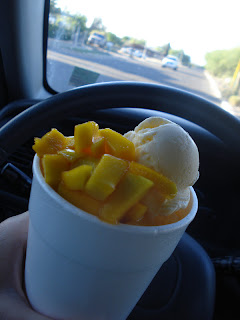 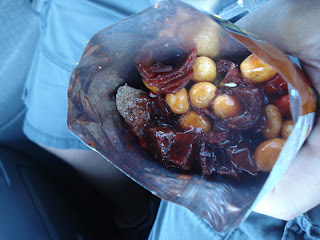 Pretty  much one big adventure around here all the time.
D date night Food