April 05, 2012
Run today: 6 miles in 1:02 (felt sore and tired, and farted around until it was hot outside, will I never learn. I always feel fine the day after speed work/ races, it is the day after the day after that the hurt shows up.)

So we are on day one thousand gazillion of trying to eat more healthy and incorporate more fruits and veggies and less fruit flavored candy into my diet. This was induced by the documentary Hungry for Change scaring the bejezus out of me.
Actually it has been going pretty good. We have even got adventurous and tried new things. Things I have learned the last few days:
1) Kale is delicious. I used this recipe and it turned out awesome.
2) Roasted brussel sprouts are the bomb. Just don't over salt, then they taste like death (whoops)
3) Fresh pineapple is 100 times better than canned but kind of a beast to cut up
4) Vegetables don't make me as sad as I thought they would

I even bought some good for you/ the planet bath products at Sunflower the other day. 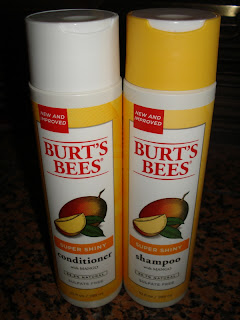 This shampoo and conditioner doesn't have any ridiculous chemicals in it but that also means the shampoo doesn't really lather which is kind of weird at first. On the plus side my hair is super soft and smells like I dunked my head in a mango smoothie. 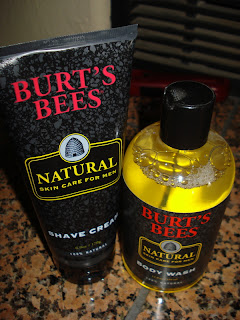 I even got some fun stuff for D to try. He says it smells good and works well. The only down side is it is a bit pricey especially considering I usually buy the cheapest stuff I can find. But may be worth it. Speaking of bees, the pretty flowering tree outside my front door has become a bee death trap. I walked outside this morning and heard this weird humming. That humming was the sound of many, many bees all over the tree. So of course I shrieked and ran to the car like the mature adult that I am.

I specifically went to the store today to buy meat. We were running out of frozen chicken breasts and Sunflower can be a bit pricey when it comes to meat so I headed to Walmart and saw these gems. 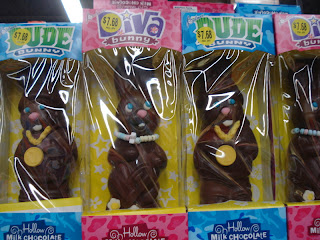 I first saw them on this blog and thought they were hilarious. But to see them in person, magical. What child needs a diva or gangsta bunny? Society fix yourself. 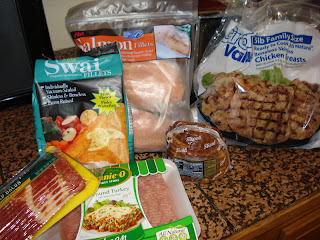 Meat mission accomplished. Tiniest ham for Easter dinner since there is only two of us. And that is bacon on the side. D requested. And fish, another area where we are trying to expand our food horizon. 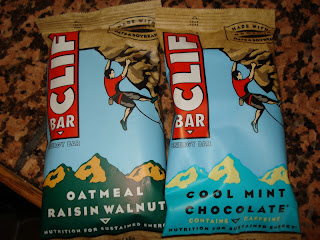 I needed some cliff bars in preparation for my half marathons coming up and grabbed two from the cool mint chocolate box but when I got home I noticed oatmeal raisin walnut. Oh gross. See what happens when you don't pay attention. I will probably just keep it and eat it since I am lazy and probably lost the receipt already. Who knows maybe I will like it. (magic eight balls says not likely)