April 13, 2012
Last night we had some friends over and I made these bad boys. Delicious. Fruit always tastes better when it is drenched in chocolate. 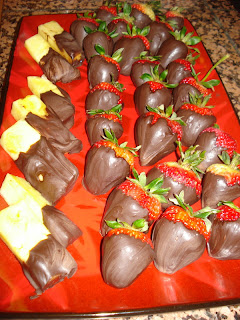 I also decided that I needed to impress them with my extensive collection of salad dressing. That's right look at them all. I am pretty sure we all used the same kind. 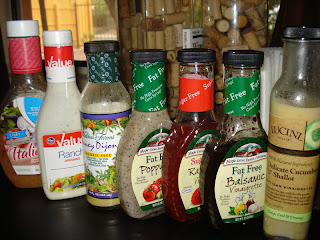 Today we left Tucson to drive to Lake Havasu City for the Havasu Half. After 5 hours of driving through the desert we arrived at Quality Inn & Suites ($64 a night). They had a deal going for the half marathoners. 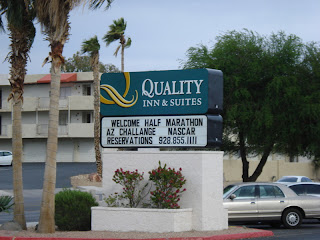 After checking in we headed to the Hampton Inn two miles away for packet pick-up. Like their other events it was small with not a lot going on. There was also a bass fishing competition check-in there. We stood in that line for a minute before looking around and realizing that something was off. After walking down the hall and out a door we found the race packet area. Walked in and got a gear bag, number and t-shirt. They also had some gear for sale from their other races and one booth with some running stuff. 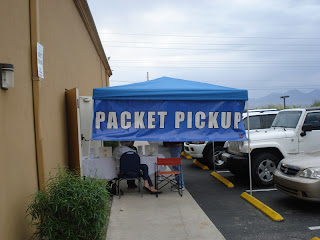 After grabbing our numbers we headed to dinner at Mudshark Brewing Company. 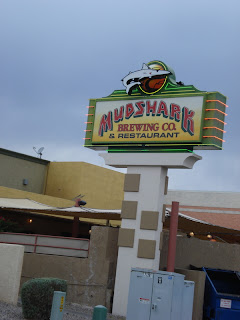 They had this sign on the outside and there are these signs hanging all around town. Pretty nice welcome. 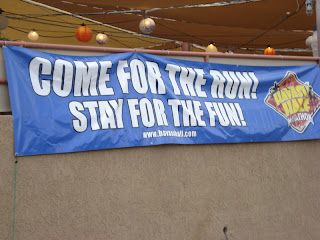 D and I decided to carbo load through beer. D got the sampler. Plenty of fuel for a 5k here. 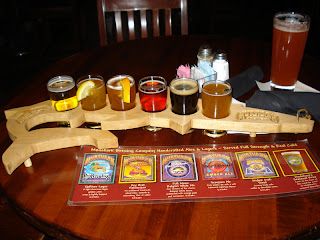 I got a raspberry wheat and loved it. I have never been a huge fan of beer but am slowly learning to like it and this one was very good. 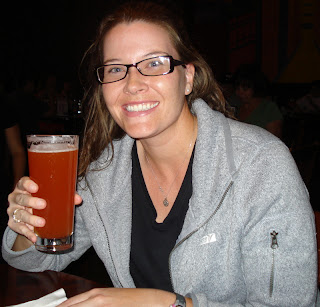 I ordered the hot wings pizza. A few minutes after ordering a spicy meal I thought to myself this could be a bad decision. But oh well. The pizza was okay but the wing sauce they used on it was a little over powering. It was spicy chicken, onions, cheese and ranch dressing. Not the best thing I have ever had. 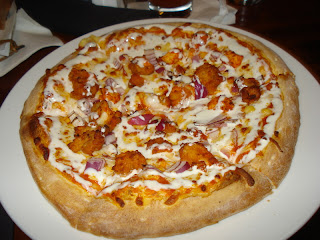 After getting back to the hotel I laid out my outfit for tomorrow. It is cool and rainy right now so I am a little nervous I will be freezing tomorrow. 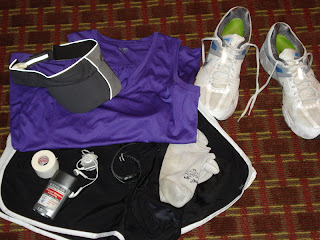 Now it is time for some HGTV and sugar babies. Pre-race carbo load. 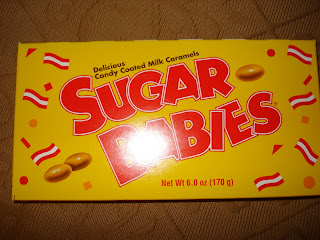