This afternoon my friend A and I headed to Apache Junction (about a 2 and a half hour drive from Tucson) to pick up our race packet for the Lost Dutchman race. A is doing the 10k and I am doing the half. We arrived at packet pick-up around 3p.m. that was held at the Apache Junction multi-generational center- basically a rec center. 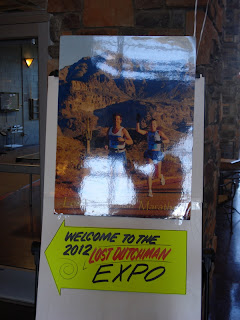 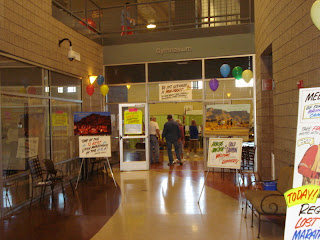 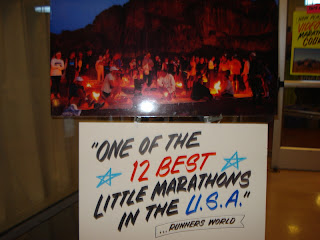 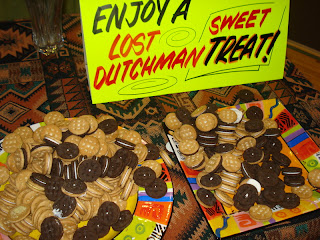 The expo was not crowded at all. I walked right up and got my number, long sleeve tech shirt and goodie bag. We wandered around and looked at running stuff but didn't buy anything. 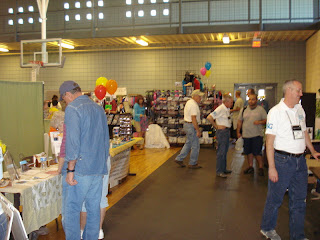 This was the view from the rec center. Really pretty. 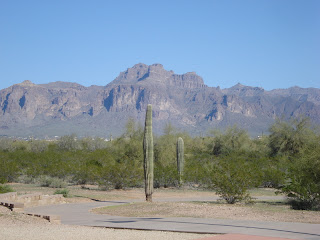 A found a cheap room in Mesa, about thirty minutes away from the race start, at the Homestead Suites Extended Stay motel. It is right next to a Starbucks and a Jamba Juice so works out just fine. 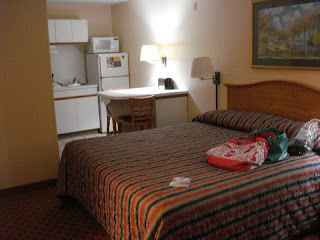 After hanging out at Starbucks for awhile we headed to Sauce to carbo load. There is a Sauce down the street from both A and mine houses and yet we had never been there. Had to go all the way to Mesa to try it.  And it was worth it. Mushroom, artichoke and chicken pizza. Delicious.

Now it is time for some cable TV and sleepy time. Then an early wake up time for half number 10 (or number 6 since October) whoohooo.