Showing posts from March, 2015
Show all

Last Sunday the hubs and I participated in the Bataan Memorial Death March.  History lesson! For those unfamiliar with the Bataan Death March, this 65 mile forced trek took place in 1942 during WWII after the U.S. surrendered the Bataan Peninsula to the Japanese Army after being crippled by a lack of naval and air support and plagued by starvation and disease. Under intense heat and physical abuse approximately 75,000 Filipino and American troops marched to prison camps with thousands dying along the way. Knowing what actually happened at Bataan makes our 26.2 mile trek seem easy. It takes place on White Sands Missile Range, the route following some paved roads and some dirt roads and trails. There is both an honorary 14 mile march or a 26.2 mile march/ run. You can run/ walk it in the light category where you are not required to carry anything or you can ruck it with 35lbs on your back. The march begins with a ceremony speaking to the history of Bataan and celebrating
1 comment
Read more 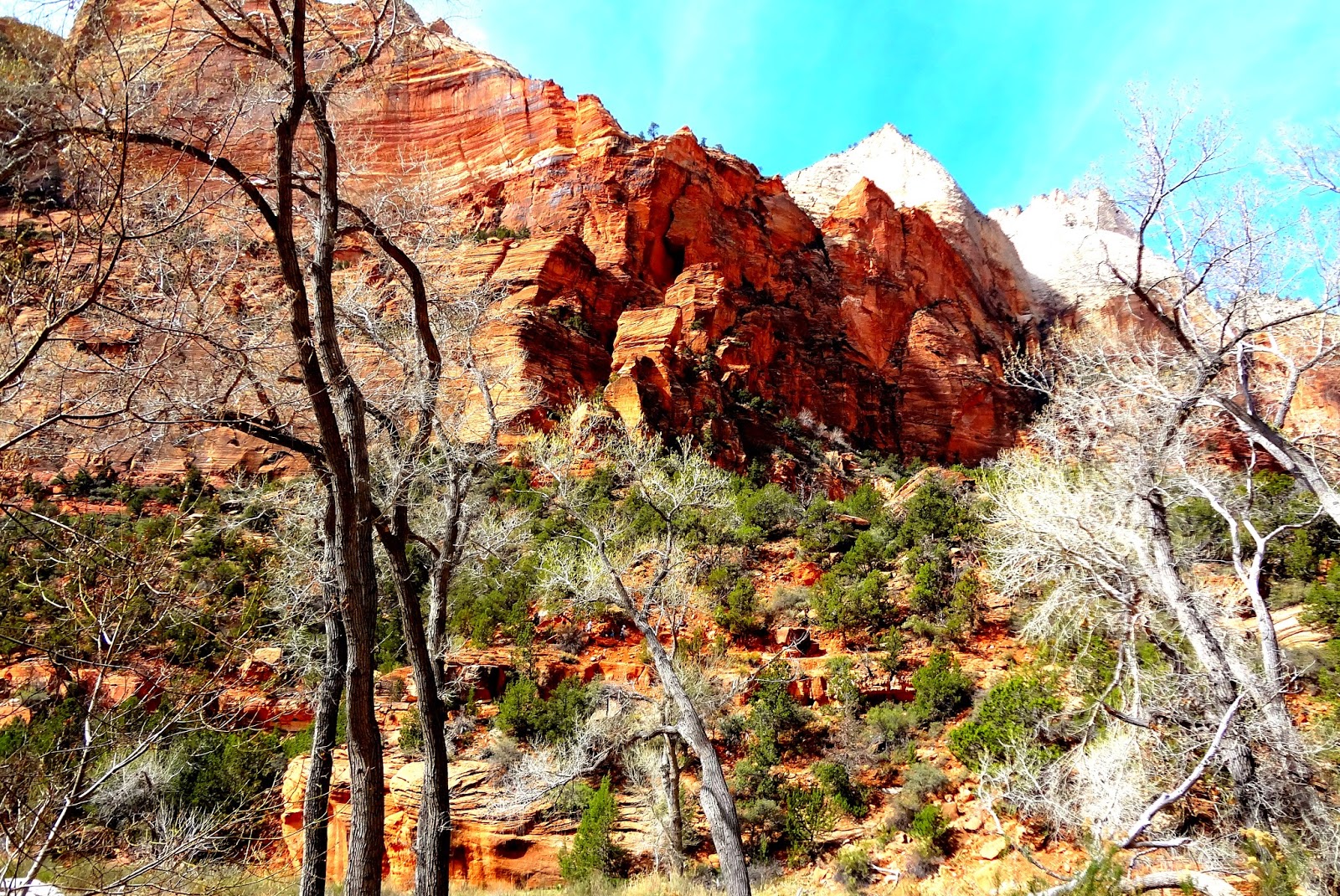 Below are a ridiculous and unnecessary amount of pictures from Zion but it is just so beautiful there. On Saturday after the half marathon we hiked Angel's Landing. Now I recall this being my idea but while it was happening I didn't really want to claim it as my idea.  View from Campsite We apparently only hike trails that are marked with a stick figure falling off a cliff. Comforting.  Now Angel's Landing is only about five miles round trip but it is like 100% vertical. We had to park a bit away from the trail head due to everyone else wanting to also hike here so we got in about an extra seven miles that day on top of our half marathon. The first few miles are paved and while sheer not too scary and beautiful the whole time. If you ever find yourself on this hike don't forget to look up and around when you are not wheezing your way up/ bent over with hands on knees praying for a flat section. After about two miles of strenuous uphill c
2 comments
Read more

Can't really say enough good things about Vacation Races. They put on a great event. Okay all uphill was a bit of a killer over time but really not steep enough to be too much of an issue overall. This race was one of the slowest I have done in awhile (like when I first started running) and at first felt a bit frustrated about my lack of get up and go but then just relaxed and enjoyed the fact I was in a beautiful place. Plus I knew Bataan Memorial Death March loomed a week away so pushing it on injuries seemed a bit dumb. Sure you always want to feel strong and like you are prepared for a race but after three weeks of not running much and my hip still bothering I was not killing it. Luckily a beautiful course makes extra time spent out there not really an issue. This race was not actually in Zion National Park. The start is almost exactly 13.1 miles from the entrance in Virgin, UT and the finish right outside the entrance to the park. The start had plenty of parking and s
2 comments
Read more 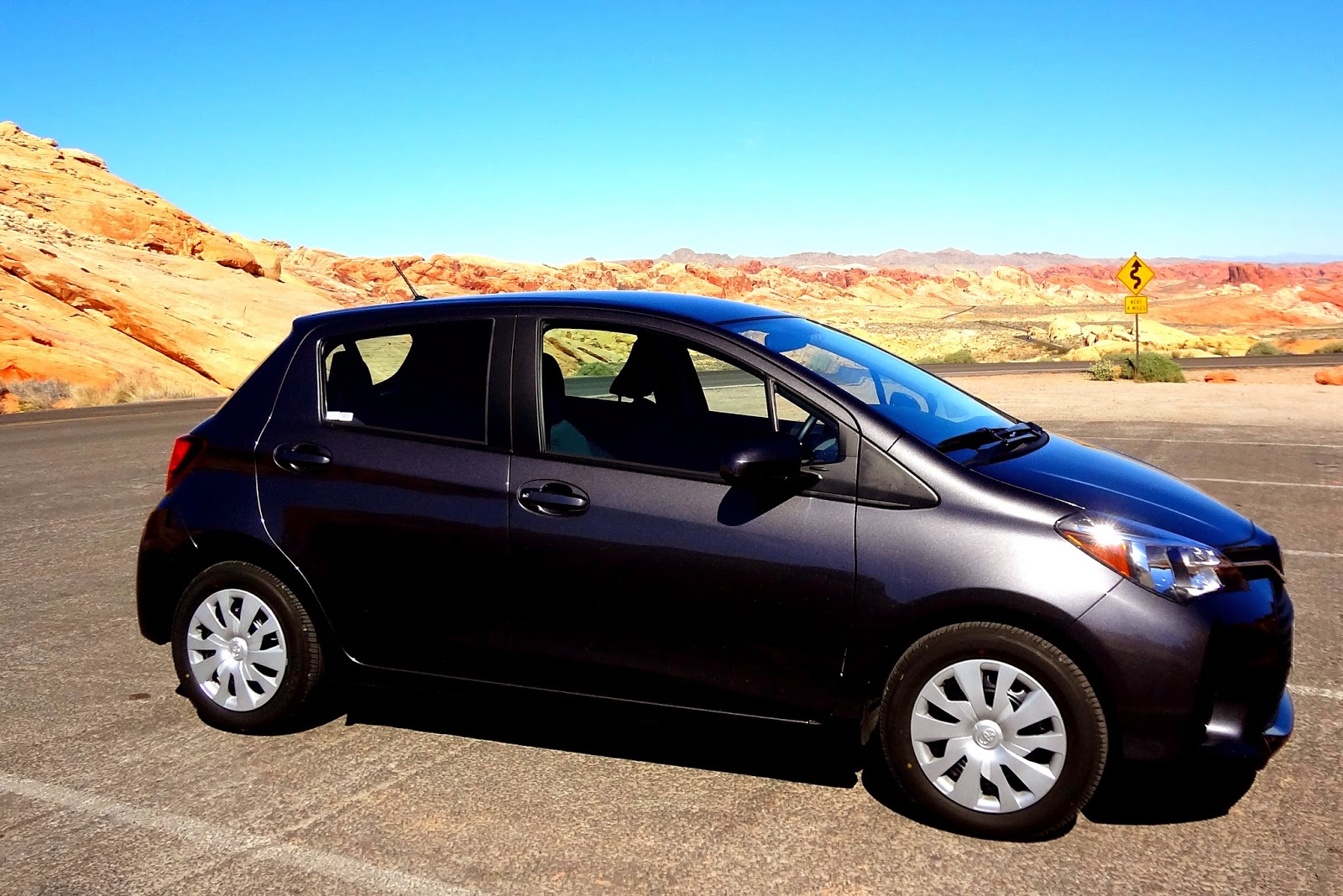 See I have these friends and they like to go on crazy adventures and I am just lucky enough to get invited along. Since this adventure was in Zion I decided instead of driving for 12 hours by myself (spouse couldn't get off work, somebody has got to fund these adventures) to get there I would fly to Vegas and then drive the 2.5 hours to Zion. Even on a 7 a.m. flight to Vegas people are ready to party. Everyone was all glammed up to hit Vegas and there I was tromping through the airport with my backpack and hiking gear.   I picked up this sweet ride, Yaris for the win (I think I love hatchbacks) and hit the open road. In gps-ing my little adventure I noticed the Valley of Fire state park and decided to take a detour since I had some time to kill. After driving down a long and windy state road I arrived on Mars. This park was incredible. Just huge red rocks rising out of the desert.  I did some hiking around. Amazing how warm it is there. In the high 70s and not
2 comments
Read more
More posts