March 26, 2015
Last Sunday the hubs and I participated in the Bataan Memorial Death March.


History lesson!
For those unfamiliar with the Bataan Death March, this 65 mile forced trek took place in 1942 during WWII after the U.S. surrendered the Bataan Peninsula to the Japanese Army after being crippled by a lack of naval and air support and plagued by starvation and disease. Under intense heat and physical abuse approximately 75,000 Filipino and American troops marched to prison camps with thousands dying along the way.

Knowing what actually happened at Bataan makes our 26.2 mile trek seem easy. It takes place on White Sands Missile Range, the route following some paved roads and some dirt roads and trails. There is both an honorary 14 mile march or a 26.2 mile march/ run. You can run/ walk it in the light category where you are not required to carry anything or you can ruck it with 35lbs on your back. 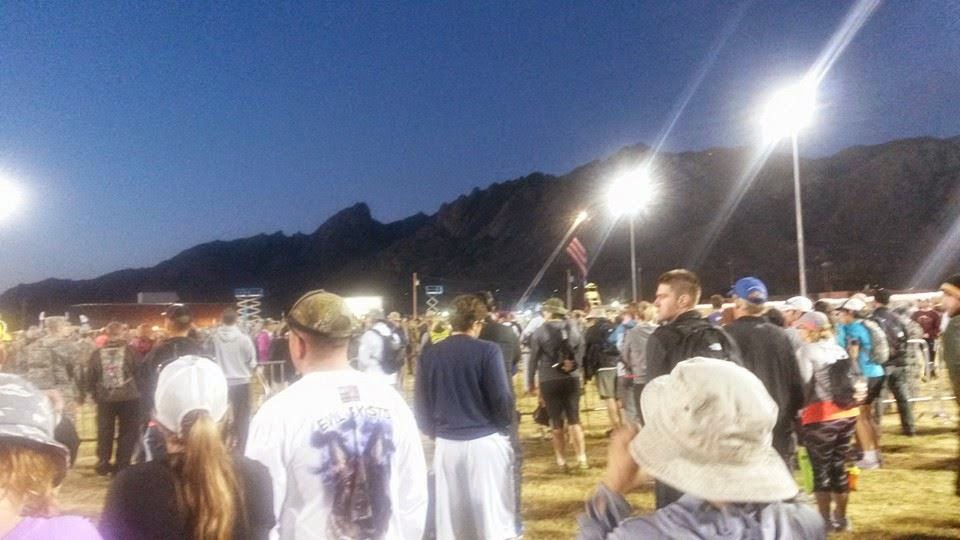 The march begins with a ceremony speaking to the history of Bataan and celebrating the survivors in attendance. There is a very touching roll call of survivors with only a few answering the call as many had passed in the last year. This part of the event is chilly in the desert so if you choose to do it in the future a throw away sweatshirt or trash bag would be a good idea. 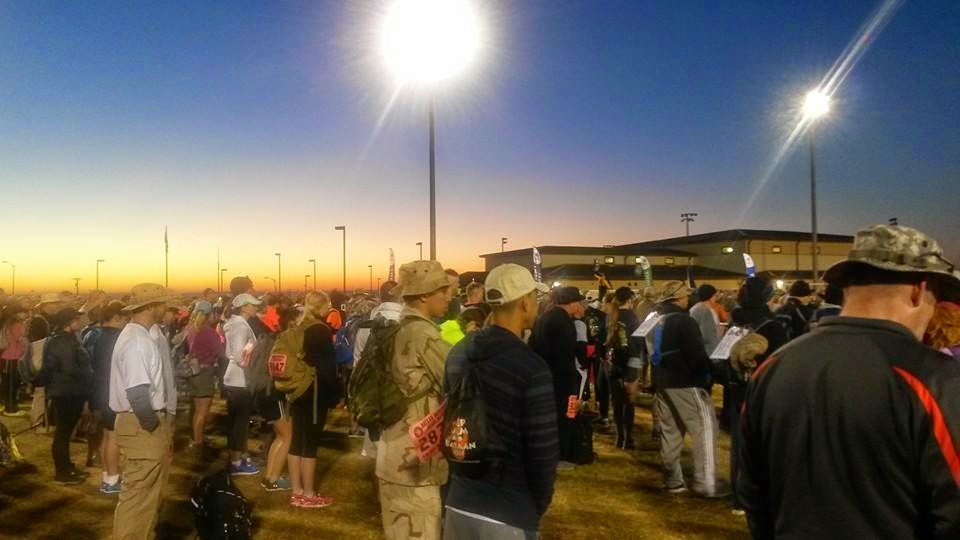 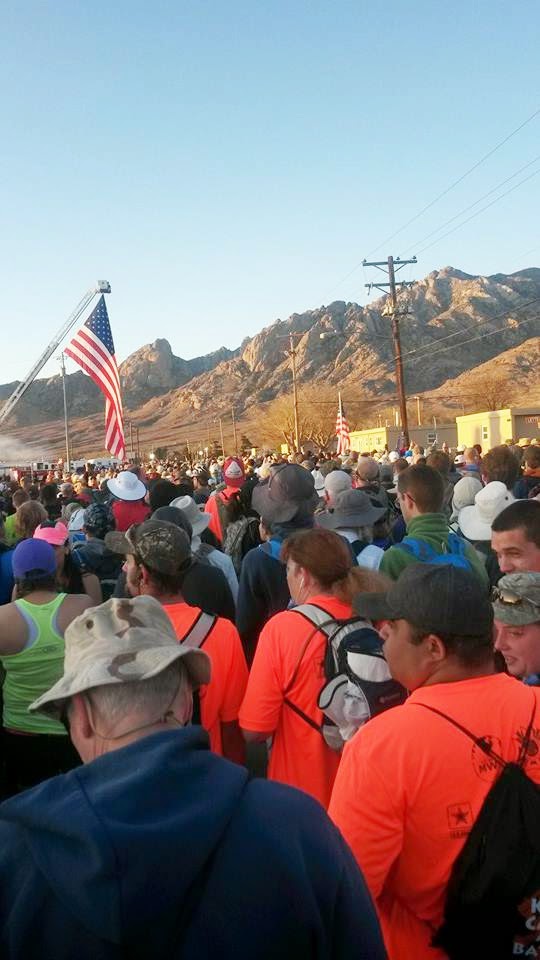 The hubs and I ran the first few miles, basically until there was a giant and long hill and then we adopted a run/ walk system. Run the downs, walk and curse the ups. My favorite part of the course was the dirt road/trail around a mountain. Once we finally got up the giant many miles long hill it was so fun to run down. The aid stations are amazing and include bananas, oranges, gatorade, water, some had cookies and trail mix, huge first aid tents. Since many people ruck in boots and the rough terrain I am sure these aid stations saw plenty of blisters. 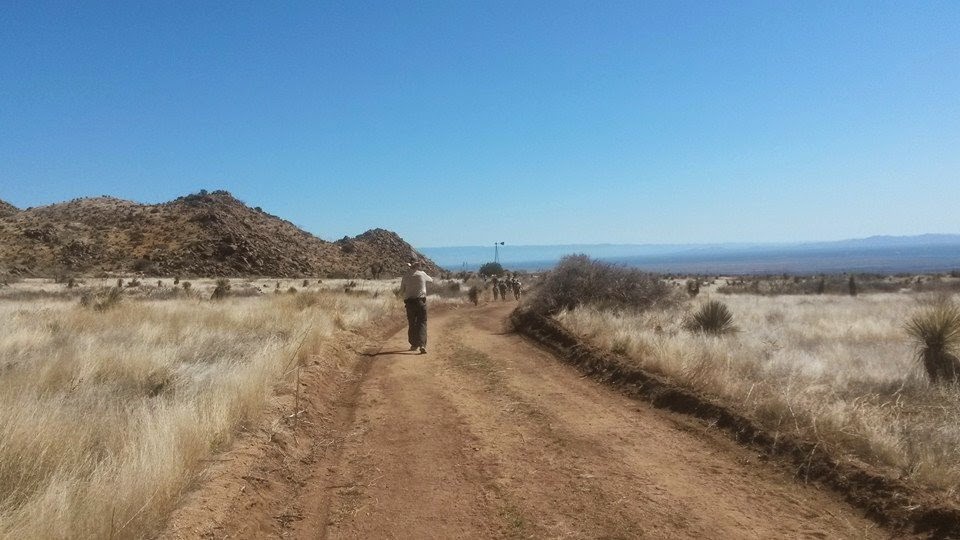 It was very warm out, in the upper 70s/ low 80s and no shade. This upped the difficulty level. The most inspiring and amazing thing about this race is seeing the wounded warriors. During a marathon you get in your head, it is hot, it hurts, you are tired and then you see a young person with one leg, crutching their way 26 miles and all of the sudden your complaints seem petty and you realize how amazing the human body and spirit is. When D and I ran down the giant hill we passed several wounded warriors making their way up. I was glad I had sunglasses on because I teared up. It is not every day that you see up close the personal sacrifice that members of our armed forces have made. In my opinion it is something that everyone should see more often. 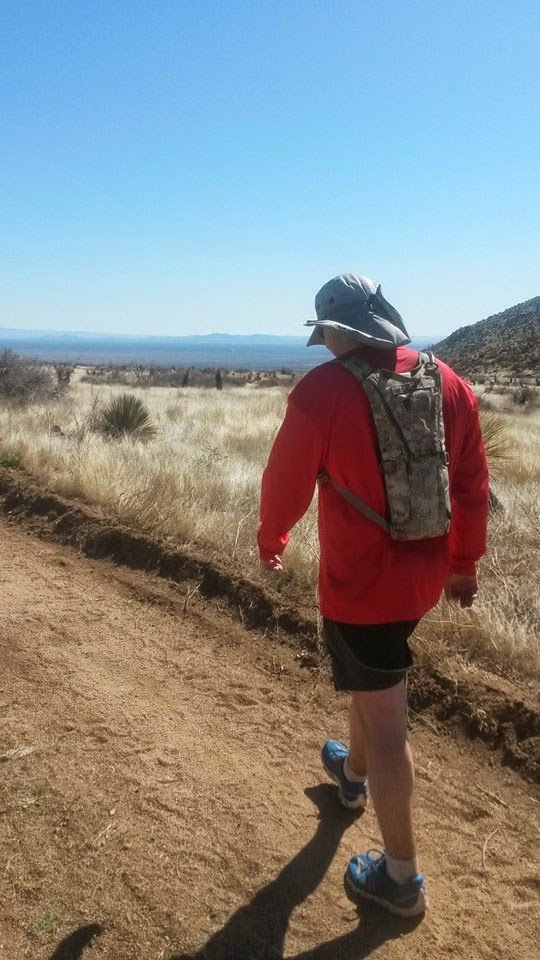 D and I cruised along pretty well until about mile 20. Then there was some deeper sand to get through and that combined with the heat kinda took it out of us. 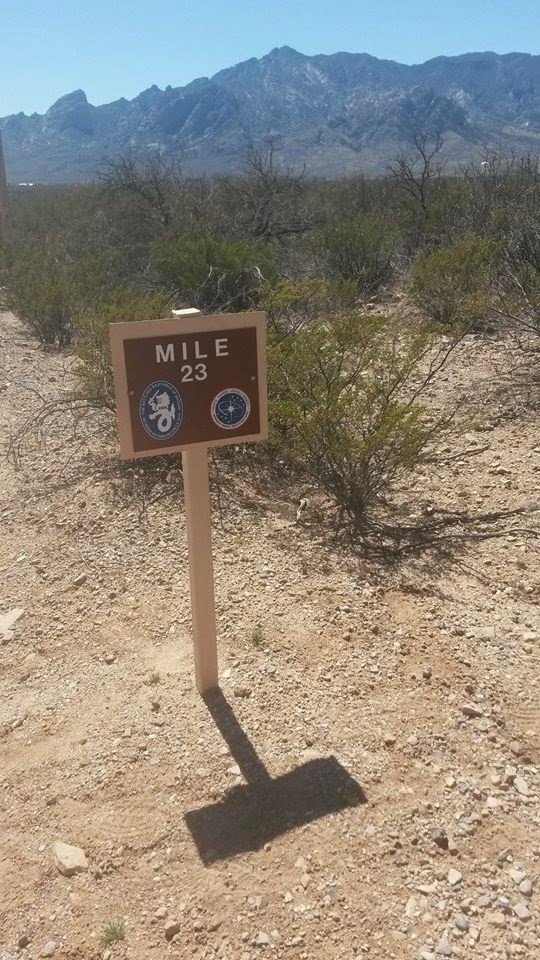 We finally made it to the finish about 6 hours and 5 minutes after we started. Not sure about the official time since they have not been posted. At the finish there is first aid and a nice BBQ lunch which was the best thing ever since I was starving! After D and I ate and laid around in the shade for awhile it was a slow shuffle back to the car. This was the husbands first marathon and I was super proud of him for getting through it. I really enjoyed running it with him but am skeptical I can con him into another one. I would highly recommend this event. It is well organized and very inspiring. I would say it is a bit tougher than your average marathon but well worth the effort!
Bataan Bataan Memorial Death March