Last weekend I felt under the weather and by Monday- bam- felt like death. And that freakin cold was a stage 5 clinger and really lingered. SO. MUCH. COUGHING.

Monday: Nothing but naps, and couch time.

Luckily this guy was around to keep me company.

Tuesday: A light weight workout at home. Skipped my scheduled run due to lack of ability to breath without hacking up a lung.

Wednesday: Tried to get back on the wagon. Did 2 miles on the treadmill with 8 30 seconds fast, 30 seconds recovery thrown in. Coughed so hard I almost puked. Got off treadmill and laid on floor. Did manage to lift weights during lunch. Bonus points for me.

Thursday: After a night of coughing, reset my alarm and slept in until 7. Ran 3 miles outside in the evening with 3 minute run/ 1 minute walk. Felt good until the last mile and then that walk break began to creep up in time as the coughing and snot production increased. But it got done.

Friday: Exhaustion won and I slept, really slept, without much coughing. YAYYYY. Nothing else really got done. Though I did get an exciting visit to urgent care after the husband's knee gave out with a pop and he did a swan dive into the driveway. Still waiting to see if it is a meniscus tear and what that means. Poor guy has crutches but those hands...... 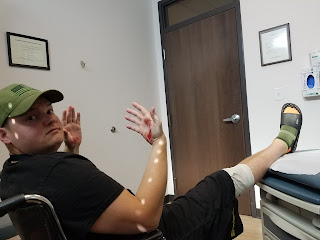 Saturday: Had a six mile hilly workout in the plan. Did 5 and called it due to a trail race the next day. 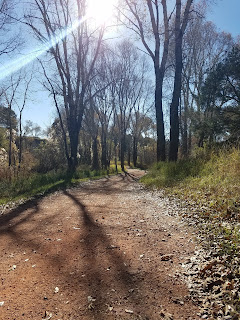 Sunday: 4.7 miles with some of the longest hills known to man for the Fall Series II race (I am on a Brewers Cup team- Storybook Brewery Team and get points for certain races as we compete for pride. I have been injured most of the season but my team is super nice and I get a point for being out there so a lot of races this year have been a walk, but still counts!). It was beautiful weather and lots of fun. 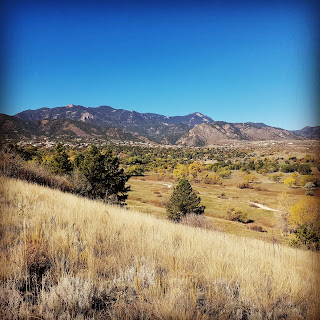 I have noticed that my body is not used to running, it has been awhile since it has been out of running shape. Aches and pains, tight hamstrings, sore calves, that new to running feeling. The exhaustion. Oh boy. What fun. But I am sure over time I will get stronger (fingers crossed, it seems impossible at the moment).