March 21, 2016
Morning came way too fast after staying out late. Plus an intense thunderstorm with serious thunder and lightening meant I was not overly rested for our 9 a.m. jogging tour. Luckily the rain turned into a drizzle and we didn't have to cancel. We met Kevin our jogging tour guide at the Old U.S. Mint and another nice couple form Kansas City and we were off. 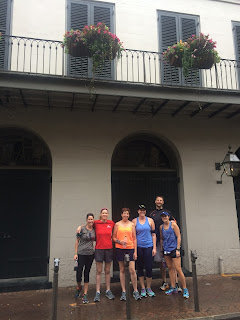 Brad and Angelina's House...they didn't invite us in for coffee. Rude.

This tour was a great way to see New Orleans we ran around the French Market, through the streets of the French Quarter, along the Mississippi River 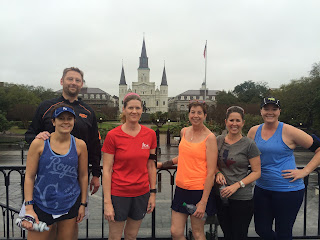 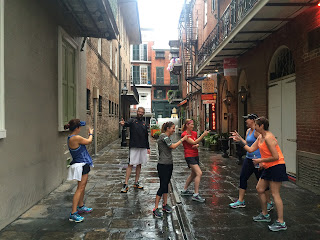 then it was across to the American side, down the trolley line to the Garden District with some stops in front of Sandra Bullock's, John Goodman's and the Manning's homes. Again, no invite for coffee. We also got a cemetery tour where we learned about the special way they bury people in New Orleans. Apparently you and your entire family eventually get crammed in a box.....ewww. The cemetery had around 1500 plots and 35,000 dead people. That is a lot of peeps per plot. 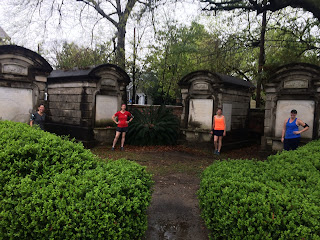 We ran back to the American area to finish off our tour. It drizzled on us the entire time but it was warm enough to not really be a bother and made it a little more fun I think. If you are in New Orleans take a tour with New Orleans Jogging Tours it is a great way to explore the city. We ran a 10k in a little under two hours I think with all the stops on the tour. After the cocktail tour this was my second favorite tour. We grabbed coffee and headed back to our room to get ready for our final tour. Food Tour.

We started our Doctor Gumbo's Food History tour at SoBou Restaurant, which had these neat decorative things outside for the hotel it was attached too. 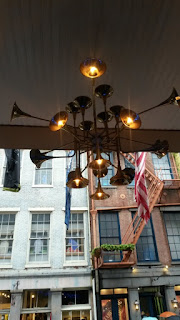 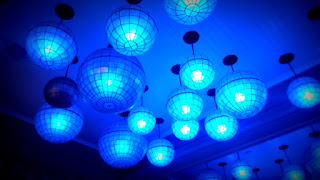 Our food tour took us around the French Quarter where we tried newer fusion food like shrimp with some sort of magic on it (I could have eaten a pound), sweet potato hush puppies, pralines, Muffaletta sandwiches, roast beef with delicious horseradish, and of course seafood gumbo. It was really interesting to learn about the history of food influence in the area, the French, the Spanish, Creole, Germans, Italians, basically everybody has a hand and the result is deliciousness. 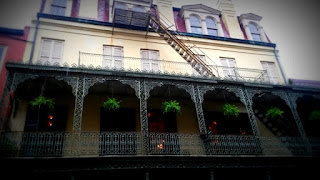 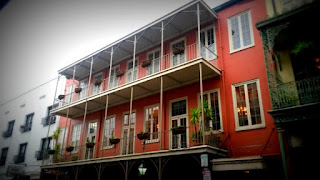 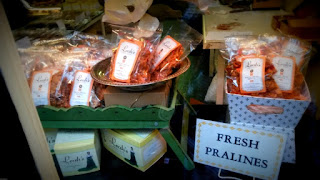 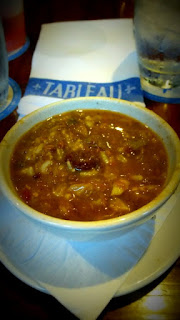 Overall I thought this tour was great but by this point we were a bit spoiled by having has basically our own private cocktail tour guide and running tour guide and this tour was with a large group of people and some reason that made it seem not as fun. It was a lot of fun learning about the history of New Orleans through food and of course two thumbs up for eating. 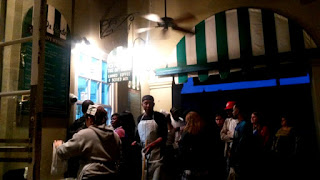 While we were on the topic of eating we hit up Cafe Du Monde to see what all the hype was about. Delicious. Go. Eat beignets. If you go super early in the morning or later in the evening the line is small or non-existent. We walked right in. It probably helped that it has been raining all day so that probably kept the crowds down. 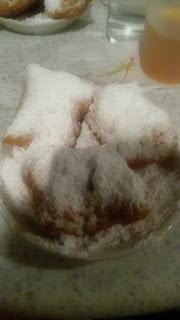 After beignets we watched a St. Patty's day parade because .....why not. There seems to be a parade pretty much everyday. The parade proceeded to follow us around for a few hours as we looked at shops and walked down Bourbon street again lobbing beads at our head. 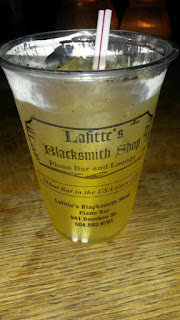 We finally took shelter in the oldest bar in America because that seems like a place you should take shelter. 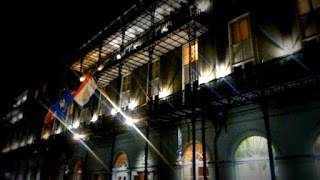 Finally we headed back to our haunted hotel (there always seemed to be a ghost tour outside our hotel. The hotel used to be a hospital and I watched a door open on its own when I was there so I can see why people think it's haunted, I think it is just old, but hey ghosts are cool too) to catch some zzzz's.