December 06, 2015
This past week I got to go to The Running Event in Austin. It is a trade show for run specialty stores. And it is awesome. 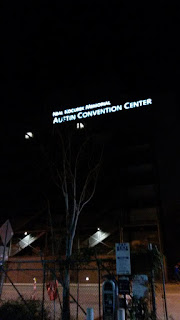 Not only do you get to see what is new in running, what is upcoming in major brands and get a ton of free swag, there are just amazing elite runners just wanderin around. 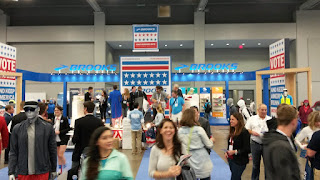 On Wednesday I landed just in time for the trade show to open which meant high tailing it to the Brooks booth to get some free shoes. For once having giant feet of an unusual size paid off. There was my size just sitting there waiting for me. After wandering the expo for a few hours picking up samples and partaking in the happy hour put on by various brands (yes I will have a margarita from every happy hour booth thank you very much) we headed over to a local brewery Hops and Grains. 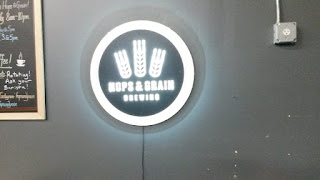 After that we headed to Mettle for dinner which was delicious. All the food in Austin was amazing. I could spend many more days there just eating my way through the city. I hope one day I can. The next day we were up early to run a 5K. I ran 26 minutes on a hilly course that was a bit short but ya know round up and was like one of the last people. Holy heck those people can move. Not fair that there are elites running in the front. The rest of the day was packed with meetings with reps and previews of upcoming apparel and shoes. After all of that I was walking by the Pearl Izumi booth that was having free pedis and had free chairs. Yes please. Bless those nail technicians that put up with all those runner feet. 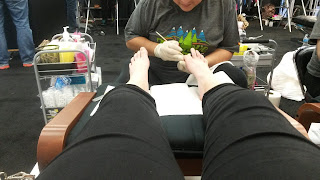 On the first day there I was standing talking to some people at the Gu booth when out of the corner of my eye I saw this guy with a rockin beard. Then I did a double take and pretty much yelled 'holy crap you are Rob Krar'. Which he replied yep nice to meet you. So I met Rob Krar... in my typical awkward fashion.
And right next to him Stephanie Howe (another amazing ultra runner)....mind blown.

And then later in the day I was standing around talking about socks when I look over and there is Scott Jurek, one of the most winning ultra runners of all time, of Born to Run fame, just set a new thru-hike record on the Appalachian Trail, just standing there.

And then Thursday night we headed to Rogue Running to see Meb (yeah Olympic silver medalist in the marathon, Boston marathon winner, New York City marathon winner, general amazing runner) and he was just hanging out signing stuff and saying hi and since we were a little late we got to say Hi and grab a picture. DREAMS MADE.
We got to see a Q&A with him and some amazing videos flotrack had put together. He was really inspiring and very funny. It was really cool to be there. 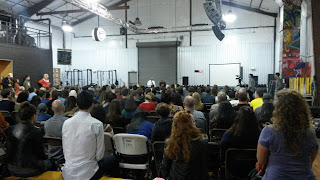 So to sum up I am now best friends with all the elite runners.....they might just not realize it....

In general it was an amazing trip and I had an awesome time and it was super fun to learn about new products out there, meet some of my running idols and see where all my money will be going in the future when the new shoes and apparel come out. 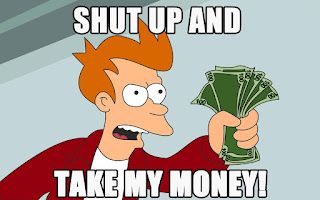 Thanks to the gang at Up and Running for letting me tag along!