June 16, 2014
So the key to going to the ER is to have chest pressure or pain. There is no waiting. Straight to the back and hooked up to a million machines. Because the nurses and doctors seemed so concern I was getting a bit freaked out. But then they operate with the idea that you are having a heart attack until proven otherwise. The nurse said my right lung capacity was diminished, my heart had a very irregular heartbeat and with a chest x-ray was enlarged. All very, very concerning they said until I mentioned that was my normal apparently according to the last time I had all of this done. Except for the lung thing that was weird. They gave me oxygen which made me feel better but never figured out why that was the case. They took lots of blood and said most likely then it was an electrolyte imbalance from the hot and sweaty race I did yesterday. When that came back they would pump me full of electrolytes and I would be all better. 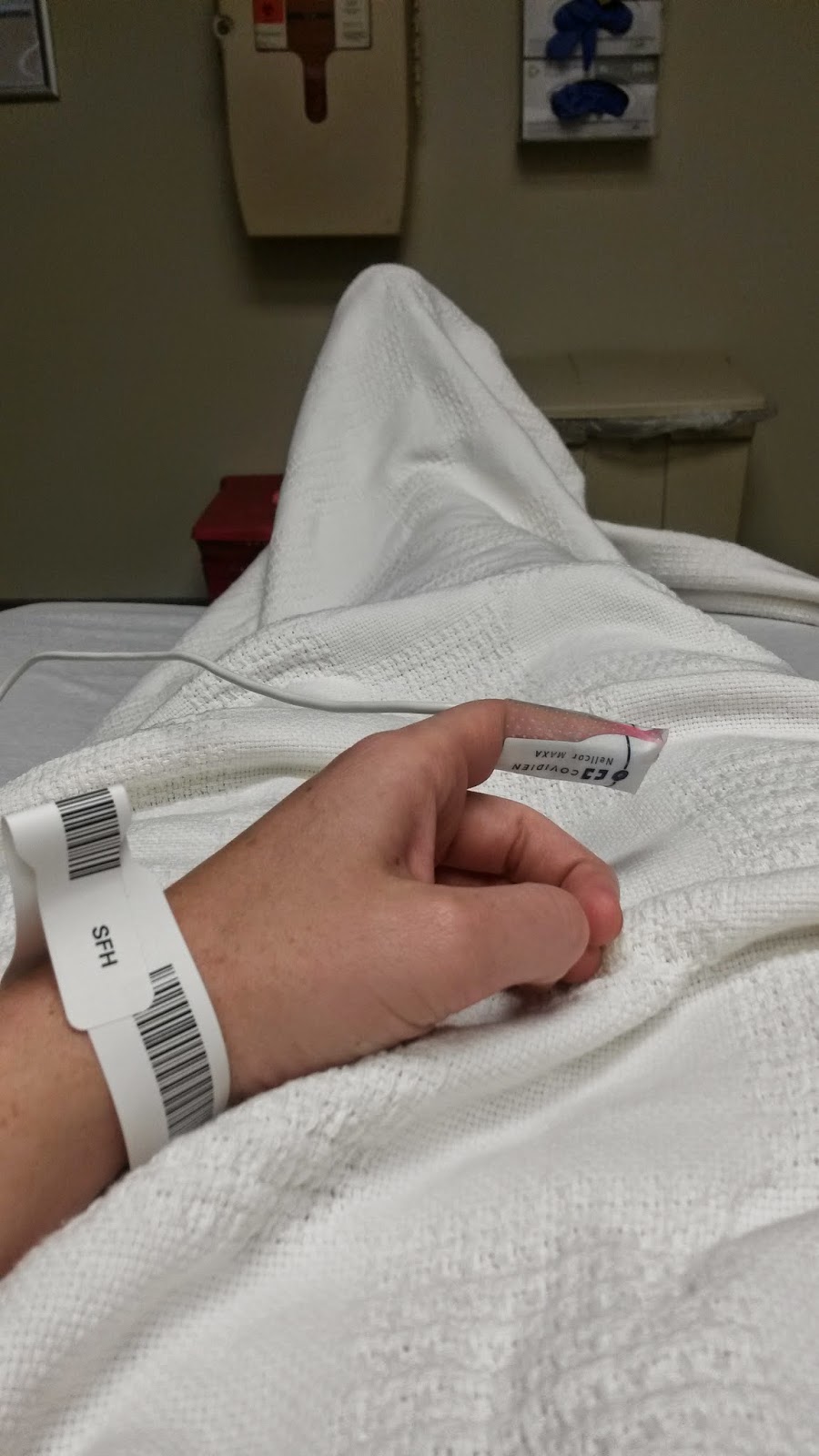 Except that my electrolytes were fine but my heart seemed to be distressed so that got me a one way ticket in the ambulance to the local hospital with a cardiac unit because the Army hospital did not have a cardiologist on staff. I offered to just drive there and they just laughed. Rude. Once at the new hospital we did it all again, EKG, chest x-ray, blood draw. Irregular heartbeat, enlarged heart (which can be one of two things-I am in really good cardiac shape....or more likely the doctor said it was damaged at some point by something) oh my. Very unusual and worrisome in someone so young and in good health. Um hello if it is so worrisome can someone please look into it a little further. While at the cardiac unit they ran several tests to see if my heart was currently being damaged and those came back negative after 12 hours of observation. The doctors were stumped. Maybe I had done some damage at the race with the distance and the heat. Maybe something else was going on. They were not sure. But at the ER there was nothing they could do there. So they gave me some antacids in case I just had a case of really bad heartburn.....um what....and sent me home with the orders to:

1) no strenuous exercise until I see the cardiologist
2) see a cardiologist asap
3) consider that long distances that put a large amount of stress on your heart may not be the best thing for someone who can't keep a beat (so sad I have no rhythm dancing or otherwise).

So I went home and the husband and I moved to El Paso. Poor D he was in Birmingham when he got a message from me that was like hi I am at the hospital but not dying if you could get here when convenient that would be great. What every spouse loves waking up to I am sure. So the whole 2 and 1/2 hour drive back he was super stressed on top of being stressed about moving and needing to find a place to live (which we found!) and going to a new unit. We go big in the stress department apparently.

So now we are in El Paso and I have to navigate the new Army hospital to get to a cardiologist. I am feeling a bit frustrated that everyone acts very concerned about the whole thing, can't figure it out and sends me on my way. Considering the heart is fairly vital to the whole living thing it would be nice to lock down a few answers on a) what is going on and why, and b) what can or can't I do/ potential risk levels. The pressure in my chest and the being out of breath continued for several days after though I do feel almost 100 percent better now. So I assume that something was up heart or otherwise. So to sum up no running until I get cleared. No more big distance races for me especially in heat and humidity. I never want to feel like I did during that 50K or scare my husband and family as much as I did by being in the ER again which for me means no more ultras and a focus on some shorter distances and relay fun once cleared to run again. I am also going to branch out a little. Try to lift weights more, maybe take a spin class or swim more often.....once cleared.


Basically I am on doctor's orders to be lazy until cleared. Whoooo