April 01, 2014
This past Friday afternoon one of my best running friend's Nicole (yes the Nicole who just ran her first marathon the weekend before) and I hit the road to Scottsboro Alabama so we could run the Scottsboro Half Marathon on Saturday. After 4.5 hours of mostly two lane roads through Albama (question: why are there no interstates in the south? Is this keeping with the slower pace of life or what?) we arrived at our awesome accomdations at America's Best Value Inn. Though the comforter was of questionable taste the room was not bad. There was a huge Bass fishing tournament that weekend so we were surrounded by boats and fisherman everywhere. We headed to Buena Vista Mexican Mexican restuarant to hydrate with margaritas. Then it was off to bed early. 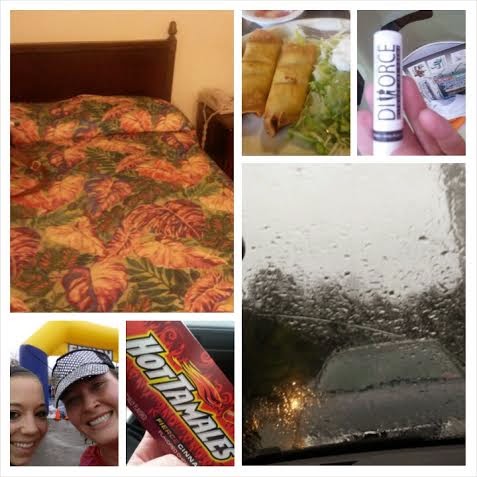 We woke up to rain. Which we knew was an option but had really refused to acknowledge. We decided to do race day packet pick-up since the night before packet pick-up was in Huntsville almost 50 miles away. Due to some misleading info in the race email we went to the wront place for packet pick-up but after a minute of slight race day panic we decided that we would drive around until we found it. It was at the start and not the civic center as stated. The most hilarious thing was the divorce chapstick in the goody bag (one of the sponsors was a divorce attorney apparently) so with that happy thought we were numbered and ready to run. Except as we sat in the car with rain pouring down we kind of were not ready to run. I realized I was not overly excited about the actual running part. Hanging with my friend, getting maragaritas, medals-yes. Running- no. I think we were both not really recovered from our marathon excitment and I have done quite a few races lately. Blah, blah, blah I adopted a shitty attitude and pretty much whinned, complained, didn't want to be uncomfortable the whole race. 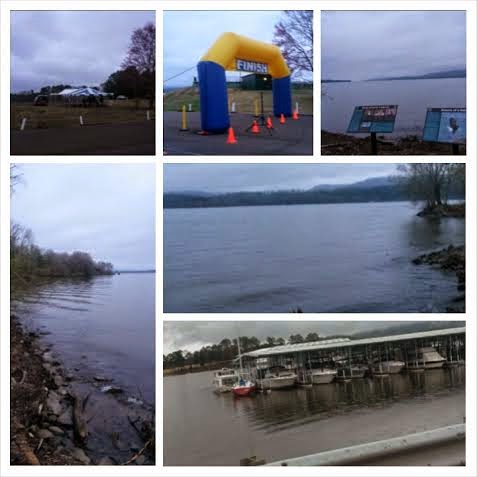 So I took it on the 'slower' side which a 10:09 average pace does not really seem that slow but I have been running a bit faster lately. Anywho finished in 2:13:01 soaking wet. I had water like streaming down my back wet. Like sat in poor Nicole's car and left a puddle wet, shoes never the same wet. Oh well. Overall the course was on the prettier side through Goosepond Coloney area. Water, boats, big lake houses and a campground were all part of the scenery. There were hills. I was not amused by this. I am over hills for a little bit. Probably the best thing was Nicole qualifed to become a Half Fanatic. Go Nicole! Way to be awesome. 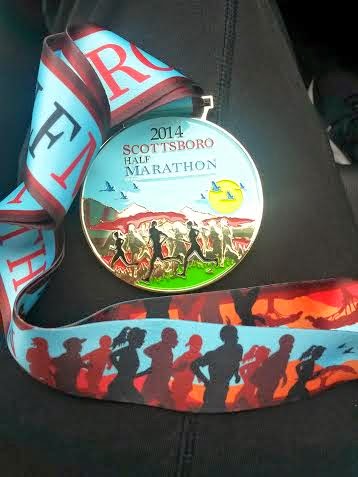 The medal for this race is super nice. Overall I think this race could have used some better support. There was no one really directing traffic and runners and cars were kind of weaving around each other the last two miles. A big thanks to all the volunteers standing out in the rain. Overall I did not run my best but I still had a good time. But now it is time to rest the tendonitis so it is nothing but walking, biking and swimming with a side of pilates for this runner for a few weeks. Up next is the Smoky Mountain Relay and I need to be healed before I tackle 31 miles through the mountains.


Thanks to Nicole for being awesome as usual!