Have I angered the running gods?

January 11, 2014
Today was supposed to be a twenty miler. I made it 13.2 miles before calling it due to lightening and having the hubs come pick me up at the gas station I ran to for cover. The mounting bitchy feeling of hating running as rain poured down and soaked everything might have also contributed to the run being cut short. But I like to think it was mostly due to safety.

This feels like the millionth long run done in rain and the bazillionth run done in rain lately. Have I angered the running gods or something? I seriously feel like I am being punished. This was the first time though that I felt a bit scared due to the lightening and just the amount of rain coming down that made it hard to see. Of course now it is sunny out.....so that is awesome. Luckily I have another 20 miler and a 22 miler to redeem myself. Tomorrow is the Columbus Road Runners 5K so perhaps I can add some miles on to that as well if I feel so inclined. I have already run 49 miles this week so....

I also think I might have killed the Ipod. So sad. Oh and my hokas might be destroyed as well. So overall a bust of a morning in case you were wondering. I did realize that on Monday I wouldn't run outside because it was eleven degrees and today I started my run at a balmy 65 degrees. All within six days time. Weather is so crazy.

Did anyone else get their yearly summary from Daily Mile? 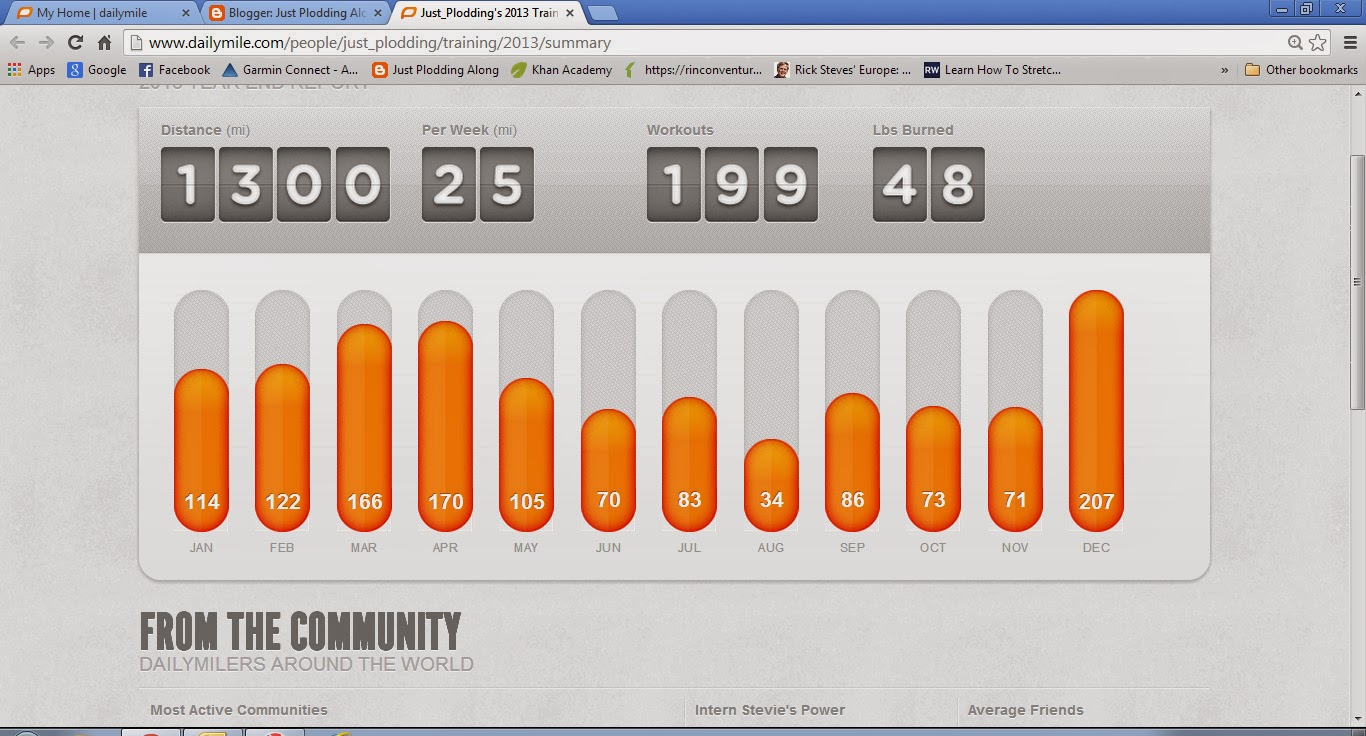 Mine blew my mind. Mostly December. Get a coach and all the sudden you are running 207 miles in one month. I don't believe I have ever cracked into the 200 mile mark. Things just got intense around here.