May 21, 2012
On Saturday (May 19) the alarm went of at 4:30. I rolled out of my bed at the Moonlite Inn Redondo Beach and headed to Palos Verdes area to catch the shuttle bus for the Palos Verdes Half. After parking at a parking structure at a mall I grabbed a bus and headed to the start. The start was in a beautiful area. I got there so early they were still setting up so I just sat around and soaked in the beauty. 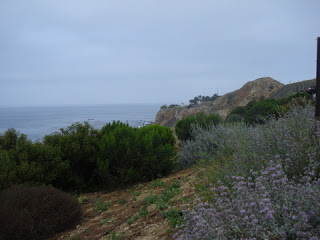 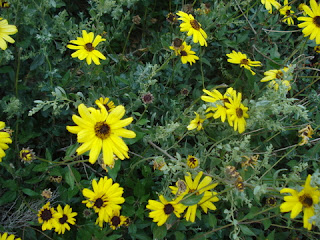 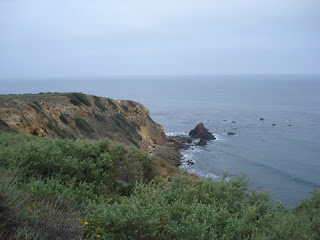 I met some great locals and chatted for awhile about the area. Everyone was very friendly. There were probably around 2000 people for both the half and the 5K. It never seemed too crowded. 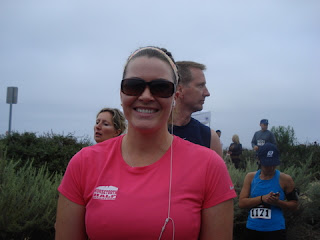 The race got underway at 7:01. And the torture began. I had checked out the elevation profile but the amount of hills (constant) did not really register until I was actually running.

This was the hardest race I have ever done. I was also a little worried about my heart (yes the doctor said I was fine) but still the thought of what if something goes wrong was kind of stressing me out the first few miles. But my mile 10 I kind of wanted to have a mild cardiac event so I could get off the freakin race course and stop climbing hills. 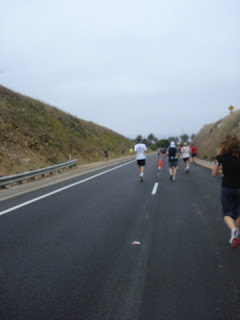 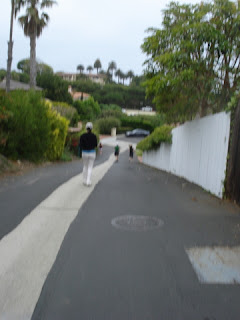 We ran a three mile out and back one way and then a longer out in back loop in the opposite direction. We ran through an amazing neighborhood full of huge houses looking over the ocean. Amazing. There were some families out cheering us on but for the most part it was a pretty quiet course. 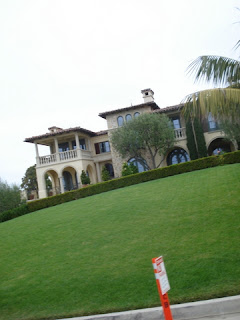 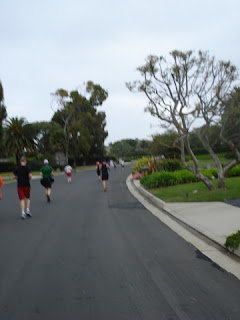 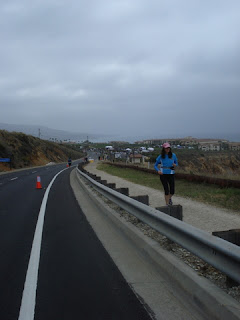 This race was slow. I didn't have any goals and am not sure I could have pushed it if I had wanted to with all the hills. My hip is still sore and the hills didn't really help with that but it held out fine. There was some run walking going on throughout. But the slower pace allowed me to take in the scenery which was amazing.


When you reached the finish they handed you a medal (they had medals for the 5K too) and a bottle of water. I was in a hurry since I had to check out of my hotel by 11 so I grabbed my stuff and headed to the finish festival area to pick-up my t-shirt and grab the shuttle back to the parking area.

There was no real food at the finish line except for some fruit. I grabbed half a banana and an orange drink and kept it moving. And then I ran into a problem. 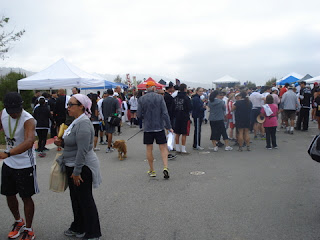 The shuttle buses were missing. No one knew where they were or where to catch them. I wandered around for a while and finally found where one shuttle bus was. Apparently the buses had gone on break and had been missing ever since. There were only three tiny shuttle buses and 100s of people waiting to go back to parking. It was a nightmare. I waited for an hour and a half to finally get on a bus to go back to parking. People were getting angry and the person in charge had no clue what was going on or what to do. Logistical nightmare. Apparently this happened last year according to another runner. For this fact alone I would avoid this race. You can not shuttle 2000 people to the middle of nowhere and not give them a way back or provide them with food or a place to wait (we were huddled on the side of the highway with cars flying by). I missed my check out time. J & B had to pack up my stuff and check out of the hotel for me and wait for me to come get them. Sucked big time. Also meant no shower for me. Luckily for all involved I had some baby wipes.

After locating J& B on the side of the road where they had to wait for me (sorry :() We headed to lunch at Wildflower in Redondo Beach. So good. I had chicken pesto sandwich and fries. By that time I was angry hungry. GIVE ME FOOD. 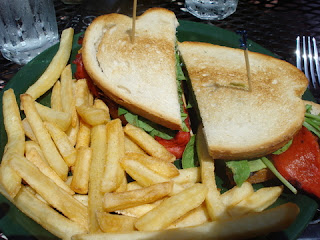 After eating and baby wipe shower we headed out to Pasadena (about an hour drive) for the Race Expo there for the Pasadena 1/2 which was held at the Santa Anita Race Park. 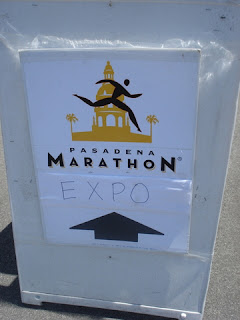 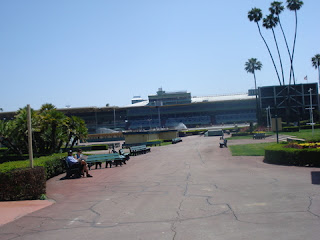 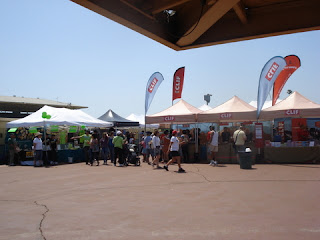 It was an easy number and packet pick-up. We wandered a bit but I was tired and smelly so after a little bit we headed to the Rodeway Inn to check-in and so I could shower.
Overall Palos Verdes was a beautiful but hard run. I would not do it again though. The shuttle situation really was a mess and that needs to be worked out. I was pretty sore after that run and nervous to try and run 13.1 the next day. But you know, I had paid so all systems were a go. 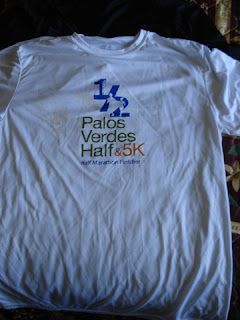 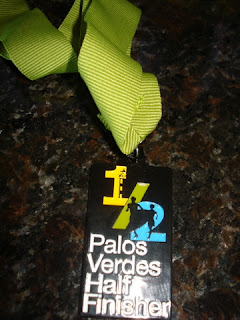 30 before 30 Palos Verdes Half